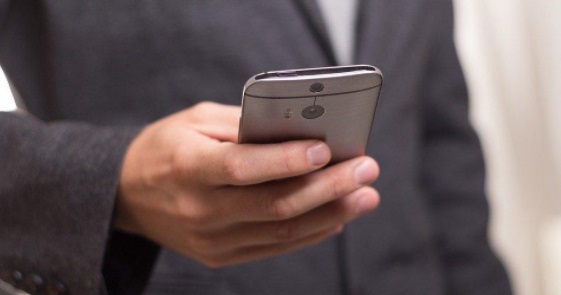 Many industries have suffered and struggled last year because of the pandemic. However, it’s a different story for the gaming industry. Somehow, the on-going health crisis has boosted the growth of the gaming market including esports.

Lockdowns had to be implemented last year, and this forced people to stay at home and find indoor activities to be busy with. Many resorted to gaming including playing real money casino games. The best UK online casinos have reported a spike in their traffics when lockdowns have started.

Why People Resorted to Gaming

Well, to some, the pandemic happening in the modern age is still quite a blessing because it’s simply hard to stay at home if there isn’t much to do. Thanks to technology and the internet, people have plenty of things to get busy with when they weren’t allowed to go out.

Online gaming was an easy solution or answer to many who have felt boredom at home. It’s not just because they get to play any games with their computers or mobile devices. Gaming has become a social platform as well.

Through online games, people get to interact with their friends, families, or even strangers. Gone are the days when gaming has been thought to be an isolating activity. Even online casinos have the option for their players to enjoy a live dealer game and chat with other online players worldwide.

Gaming today is also no longer an expensive hobby or activity. At least it doesn’t need to be expensive anymore. While there are still people who prefer to play with gaming consoles like PlayStation and Xbox, mobile gaming is quickly dominating the gaming market.

It’s easy to understand why mobile gaming is growing fast. People would just really rather spend money on a smartphone device rather than a computer or a gaming console. Smartphones today are becoming more and more powerful than it’s no longer just used to communicate with others. It has become a great source of entertainment for many. Some even need their smartphones to ensure productivity.

Gambling companies are also quick to adapt to the latest trends. Since the mobile market is growing, casinos are also shifting their focus this way. There are now plenty of gambling apps that people can download. Even Google is already starting to embrace this activity somehow. Recently, Google has allowed gambling apps to be on Play Store in 15 more countries.

Technological advancements have also allowed gaming to be cheaper. Mobile gamers can now play with their friends who use gaming consoles and computers too. Cloud gaming is also becoming quickly popular.

Even before the pandemic, cloud gaming was already getting a lot of attention. Cloud gaming allows people to play video games on different devices. It uses remote servers in data centers which means that players no longer have to download or install a game to their device.

It somehow works like video streaming platforms (Netflix, YouTube, Hulu, etc.). Players stream the game that they’d like to play and their controls are then passed on to the server where the game is installed. This is why a fast internet connection is important here.

As the 5G internet connection becomes more available worldwide, cloud gaming services will likely be more in demand. This is a great solution to cut the costs of gaming. People will no longer have to spend money on the latest gaming consoles.

The pandemic has also boosted the e-sports sector. Last year, most of the major sports leagues were forced to cancel or delay their events. The English Premier League, the NBA, and the IPL all had to be rescheduled and because of that, there weren’t a lot of sports events for people to look forward to.

With this, sportsbooks had to find other ways to stay in business, and many of them have shifted their focus to other events like e-sports tournaments. E-sports is also taken more seriously nowadays. People have seen how big prize pools are and how pro players would take their games seriously. Even if professional sports events are back, likely, people who have discovered e-sports last year will still be interested in it this year.

The pandemic is not yet over but governments are becoming less strict when it comes to the implementation of the COVID 19 protocols. Still, 2021 and the next few years are expected to be good for the gaming industry. This year, more games will be released. PS5 took the gaming industry by storm despite a health crisis and Xbox also released Series X last year. This year will be another great one for the gamers out there.