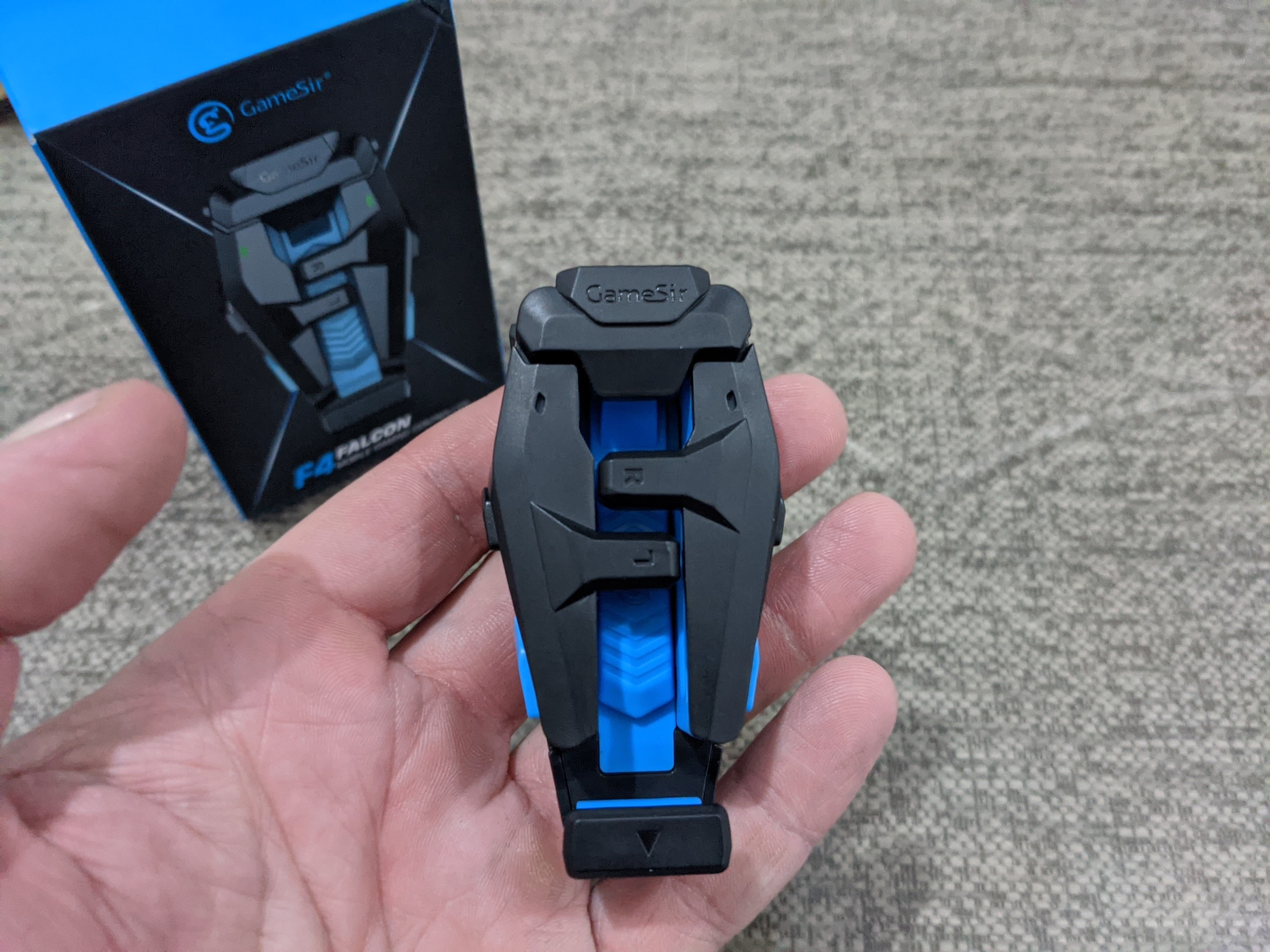 Game controllers are popular with gamers these days and also the rise of gaming phones which pack decent specs adding to the gameplay experience but game controllers cost a fraction of the price and enhance the experience too and are generally well received with gamers, not being a huge mobile gamer myself I do from time to time play some games and this has made life easier to game on your mobile and costs just 30 quid.

Coming in a small package this simply sits on the back of your smartphone and is so portable you could carry in your pocket easily it is powered by a battery that uses USB-C to charge it up and will last around 25-30 hours which is not bad and does not mean regular charging for the most.

There is a layer of rubber between the device and the unit itself for some cushioning and two sensors on the top half that rests on your screen, this controller does not have bluetooth like most or a cable to connect which is a bonus too and less to worry about and it is a simple slap it on your phone and play, then you will need to reconfigure the games which can be a bit daunting game dependent but I am no expert gamer so a little learning curve for me but once done the gaming experience changes for the best. On top you have buttons on each side which are tactile and nice to use and you also have some LED lights for status.

The F4 is compatible with all smartphones and will give up to 30 hours of gaming on a single charge. The buttons have been tested to ensure a lifespan of approximately 5 million clicks, The F4’s mechanical set up, you won’t get banned from your favourite game – it uses your physical movements to play your game.

The GameSir F4 is available for RRP £29.99 from Amazon.co.uk. For more information head to https://gamesir.hk/collections/hot-sale/products/gamesir-f4-falcon-mobile-gaming-controller