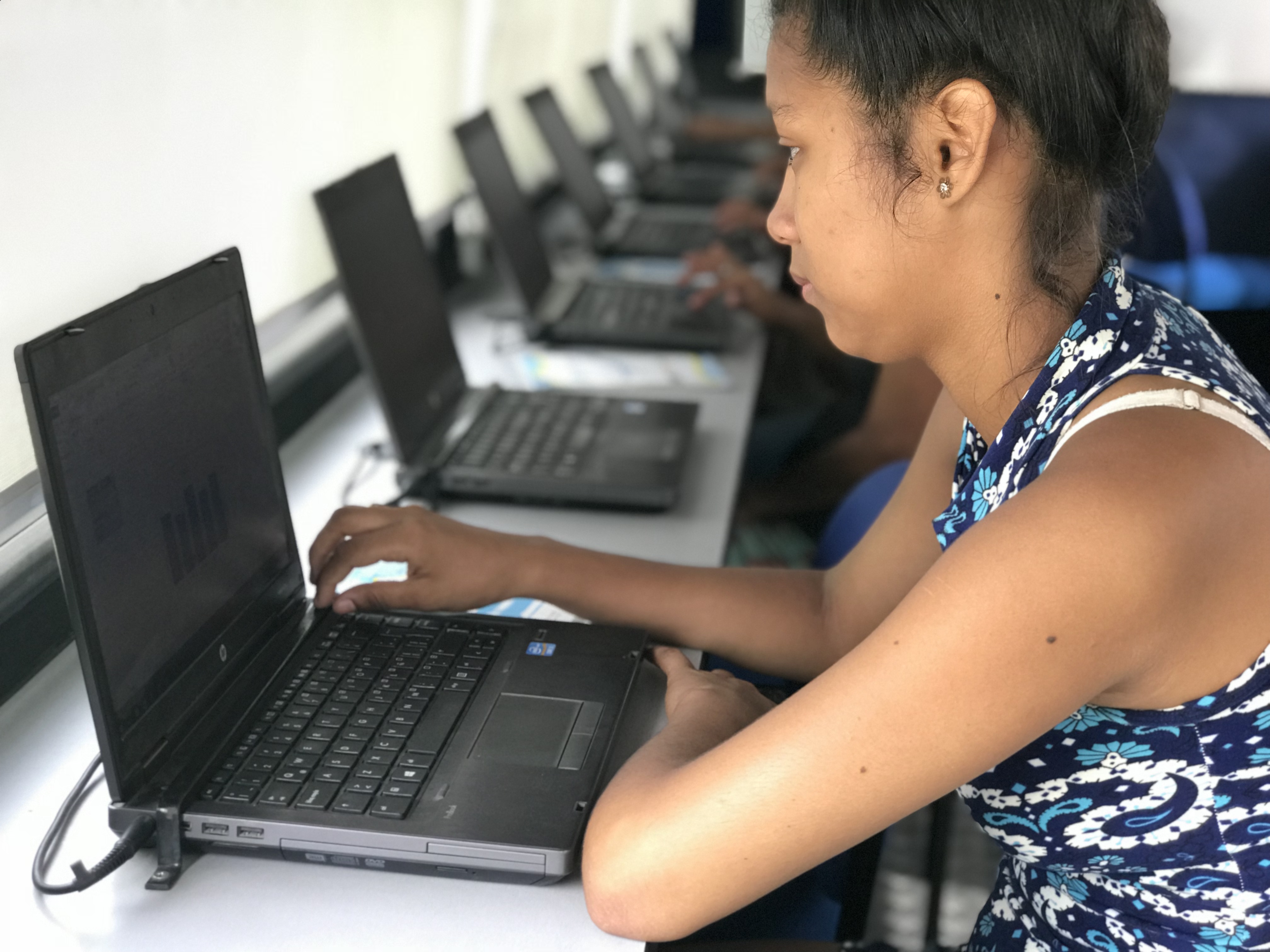 At the global level, Plan International conducted a survey with 14,000 girls across 22 countries. This research, detailed in the Free To Be Online? report, was supplemented by an Irish survey of almost 500 girls from all over the country. While the global research found that 58% of girls have experienced some form of online harassment, 67% of girls surveyed in Ireland have been subjected to abuse or harassment online. The violence that girls have endured includes cyberstalking, being sent explicit images or messages, and/ or abusive and threatening messages and comments.

Girls and young women from ethnic minorities, from the LGBTQ+ community, and girls with disabilities reported being more likely to suffer harassment as a result of these intersecting factors. When girls speak out on issues that affect them, the abuse tends to get worse. The average age the abuse starts at in Ireland is 13. Globally, girls as young as 8 face violence online.

This form of gender-based violence is having a serious impact on girls’ mental health, their sense of safety and wellbeing, and their relationships. In Ireland, 25% of girls surveyed felt physically unsafe due to the abuse, 65% felt mental or emotional stress, and 75% found their confidence or self-esteem was knocked.

CEO of Plan International Ireland, Paul O’Brien commented: “The research carried out by Plan International delves into the shocking extent of online abuse that girls and young women experience. We may have moved to a place whereby street harassment is far less acceptable than before in Ireland, but the reality is that harassment has followed girls into their homes, bedrooms and minds via social media. Decisive action is needed by social media companies to ensure girls across the world are free to be online.”

Speaking before the event, Tara Stewart said: ‘Girls and young women want to be on social media – it can be an empowering place that allows them to build communities and express themselves. However, they need to be safe to do this without fear of violence. Social media companies need to put policies in place that prevent and respond to online harassment and hold perpetrators to account.’

Member of the Youth Advisory Panel (YAP), Amy Keane (20), said “In Ireland 90% of those surveyed feel more likely or equally likely to be harassed online as in public. Street harassment is no longer tolerated so why is online abuse? With more young people moving their lives online due to Covid-19, this issue is more urgent than ever.”

This week, Minister for Children, Disability, Equality Integration and Youth Roderic O’Gorman hosted a Girls Takeover event where he discussed the issue of online abuse with a member of the YAP. Other virtual events Plan International Ireland will have this week include an Instagram Live conversation with Marissa Carter this Friday at 11am, a social media takeover of Chupi’s and The Body Shop’s Instagram accounts on Sunday, and a Girls Takeover between Irish Aid and YAP members from Ireland and Sierra Leone on Monday next.