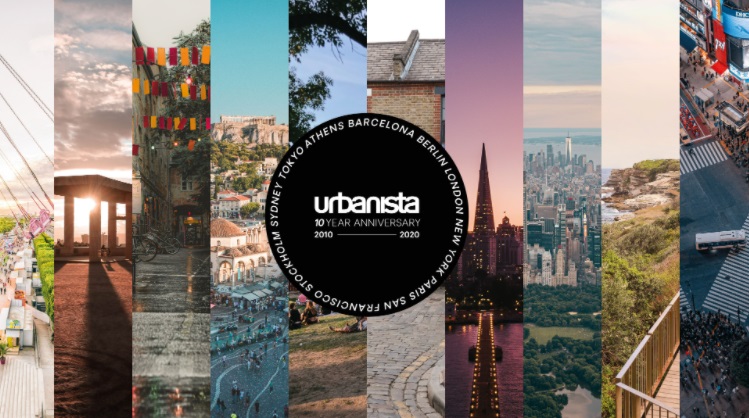 It’s been a decade since Urbanista launched the first of their award-winning collection of headphones, earphones and speakers, each named to reflect the unique atmosphere and qualities of different cities around the world. Now, ten years later, music lovers globally recognise Urbanista products for their sleek Scandinavian design and superior audio experience.

Urbanista was founded in 2010 and since then has launched 21 audio products named after the world’s greatest cities. CEO Anders Andreen comments: “I am extremely proud to have reached this 10-year anniversary milestone with a company that I have seen grow since the very beginning. Our tagline is ‘Designed for Life in Motion’ and we have been on a mission to provide audio products to compliment those that live an active life. We aim to offer products at an accessible price that are packed with features and, at the same time, allow our customers to express their own personal style. Thanks to a passionate team with a culture to always get things done have grown over 1900% in the last six years and have ambitious plans for the next decade to come.”

To celebrate its 10th anniversary, Urbanista has called on 10 influencers from 10 cities around the world to create individually curated city guides. From London to Tokyo, New York City to Sydney, the city guides are designed to help you discover what these local influencers love about the place they call home. The guides provide a glimpse of each city’s unique qualities that inspired Urbanista to name their products after them, including things to do, what to see, and where to eat.

Alongside celebrating its 10-year anniversary, Urbanista is proud to launch to market Urbanista London in an exclusive colour, Burgundy Red, available only at www.urbanista.com/london from the 19th October 2020.

Tuomas Lonka, Brand and Marketing Director comments: “As a fashion-forward brand, Urbanista is proud to bring stylish colours to its collection. We launched Urbanista London to market in four colours and we are excited to add the fifth addition of Burgundy Red, a colour perfect for the Autumn Winter season ahead.”

Priced at £129, these new earphones are packed with style and creativity and are inspired by the vibrant and busy city of London. With Active Noise Cancellation or Ambient Sound Mode, Urbanista London allows listeners to either completely block out the outside world or hear their surroundings without interruption to their listening experience. Also available in Midnight Black (Black), Rose Gold (Pink), White Pearl (White) and Dark Sapphire (Blue) and comes with a sleek and slim colour-matched charging case. https://www.urbanista.com/uk/london

Have an eco-friendly Christmas with gifts from House of Marley