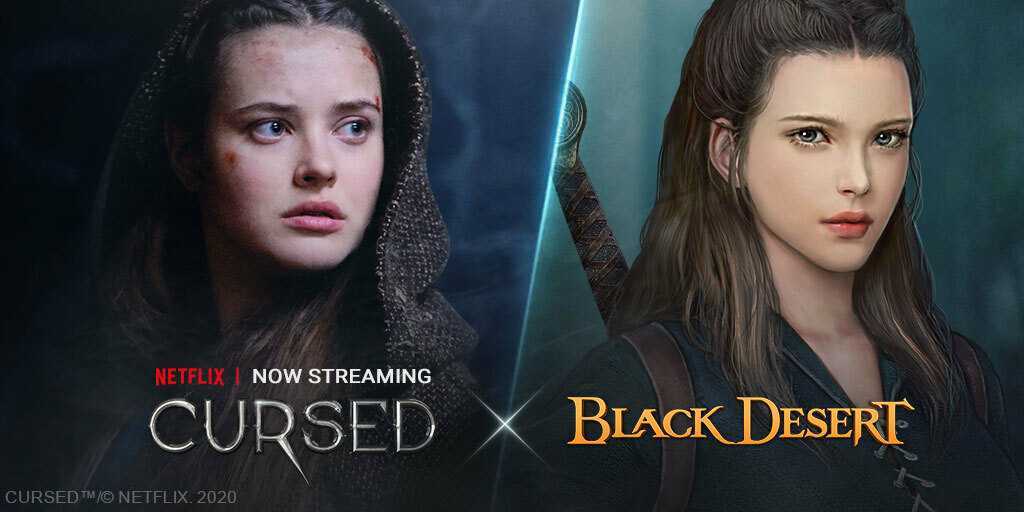 Pearl Abyss and Kakao Games announced today that they are developing in-game content for Black Desert based on the Netflix Original Series, Cursed. Netflix’s Cursed is a ten-episode medieval high fantasy series that premiered on the popular streaming service on July 17, 2020.

More details on the currently in development crossover content will be released soon, but to celebrate the premiere of Cursed and to make sure that everyone can join in the fun once the crossover content is available, Black Desert Online will be free to download starting today from blackdesertonline.com. If Adventurers are able to reach level 50 between July 23rd and August 5th, the game is theirs to keep.

Cursed is a re-imagining of the Arthurian legend, told through the eyes of Nimue, a teenage heroine with a mysterious gift who is destined to become the powerful (and tragic) Lady of the Lake. After her mother’s death, she finds an unexpected partner in Arthur, a young mercenary, in a quest to find Merlin and deliver an ancient sword. Over the course of her journey, Nimue will become a symbol of courage and rebellion against the terrifying Red Paladins, and their complicit King Uther.