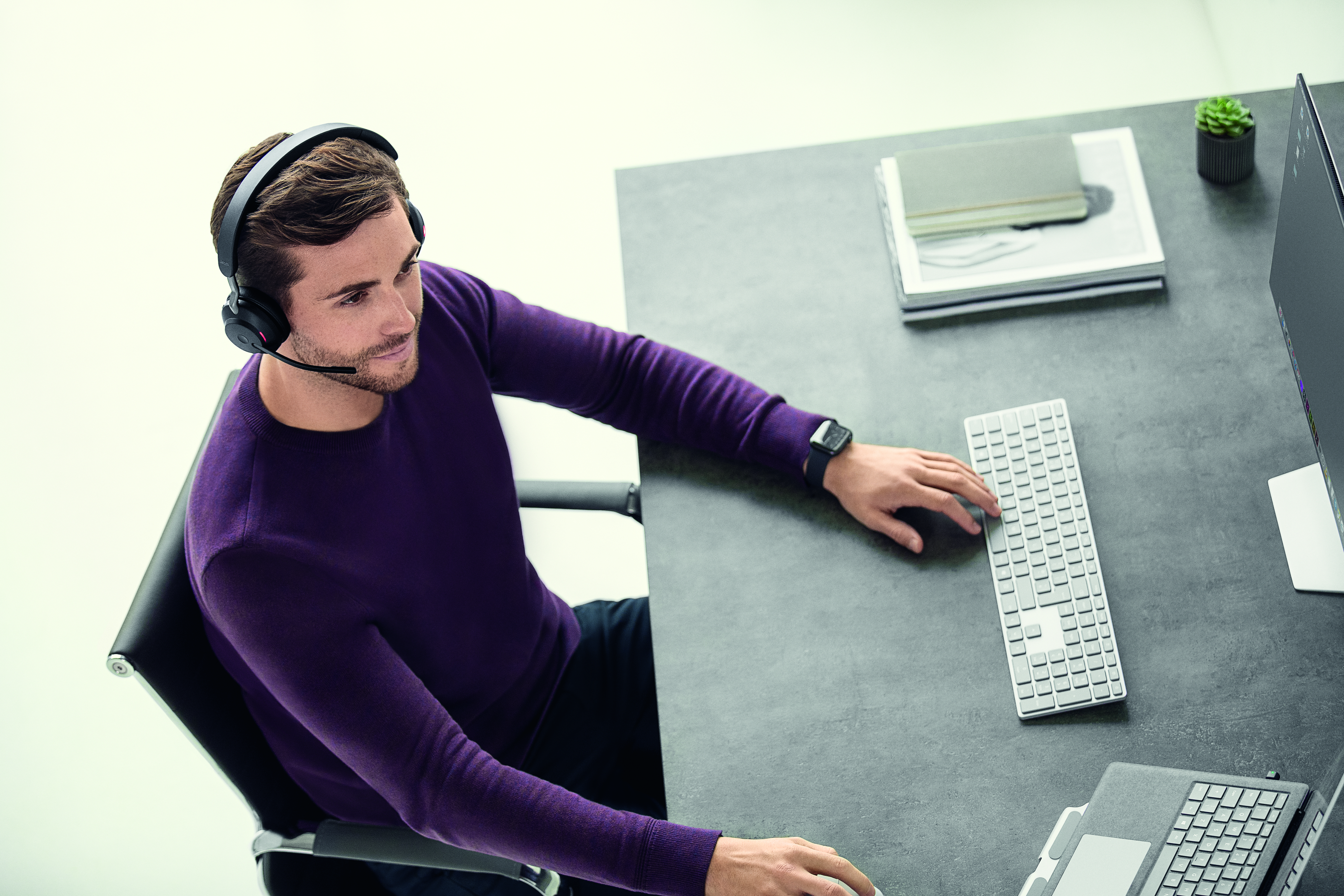 Productivity has increased due to the current lockdown situation, according to UK workers. Half (50%) of the workers in Northern Ireland who don’t usually work from home feel more productive than in the office. This is mainly because they experience less office noise distractions (67%) or are less chatting to colleagues (44%). Despite this, many who are currently working from home are looking forward to their workplace reopening and a whooping 78% hope their employer lets them work from home more often in future. These insights are unveiled by research from Jabra among employees who are working from home during the pandemic*.

Flexible working
This pandemic has increased the appetite for flexible working environments. Seven in ten (70%) UK workers who don’t usually work from home say that the current climate has shown that a physical workplace is not necessary to be productive. For Northern Ireland this number is even higher at 83%. For a third of them (33%) not having to commute allows them more time to do work. However, UK employees are demanding clarity on future arrangements as a majority (51%) wish their employer would be clearer about possible working patterns going forward.

Another challenge for making flexible workplaces a future-proof solution, is technology. Of the people who feel less productive when working from home (25%) almost a quarter (23%) says they are distracted by children, while the same number (23%) blame the lack of equipment. Less than a third of workers (30%) says they’ve been given the right accessories to be productive, but almost half (46%) say they wished their employer offered more tech support.

This is particularly a pain point for Northern Irish employees who are not happy with their employer’s tech support: of those feeling less productive, 38% blames insufficient technology, whereas the majority of home workers (56%) had hoped for more tech support in general. For a third of the nation’s home workers, duals screens and headphones (33% respectively) are essential to their productivity. Other tech considered paramount are a printer (62%) and mobile phones (43%).

Previous Jabra research from 2019 showed that a large proportion of office workers are distracted by the noise of phone calls or colleagues talking. A huge 44% of respondents say they feel more productive at home simply because of the lack of colleague distractions and the lack of office noise in general (67%). But many workers feel less productive because they are not able to easily talk to their teammates, proving the need for the right software and hardware tech for all workers in order to improve collaboration and productivity. Having access to the right collaboration platforms like Teams and Zoom can also help those feeling lonely (5%) to interact with colleagues.

Nigel Dunn, Managing Director EMEA North at Jabra, said: “Being able to both concentrate and collaborate efficiently is key for creating productive working environments, whether in the office or at home. When you have the right equipment, anywhere is an office or meeting room. Whether it is by shutting out noise with Active Noise-Cancellation in headphones or making crystal clear calls, providing the full picture with a 180o camera or omni-directional audio in speakerphones, productivity does not have to be compromised by location.”