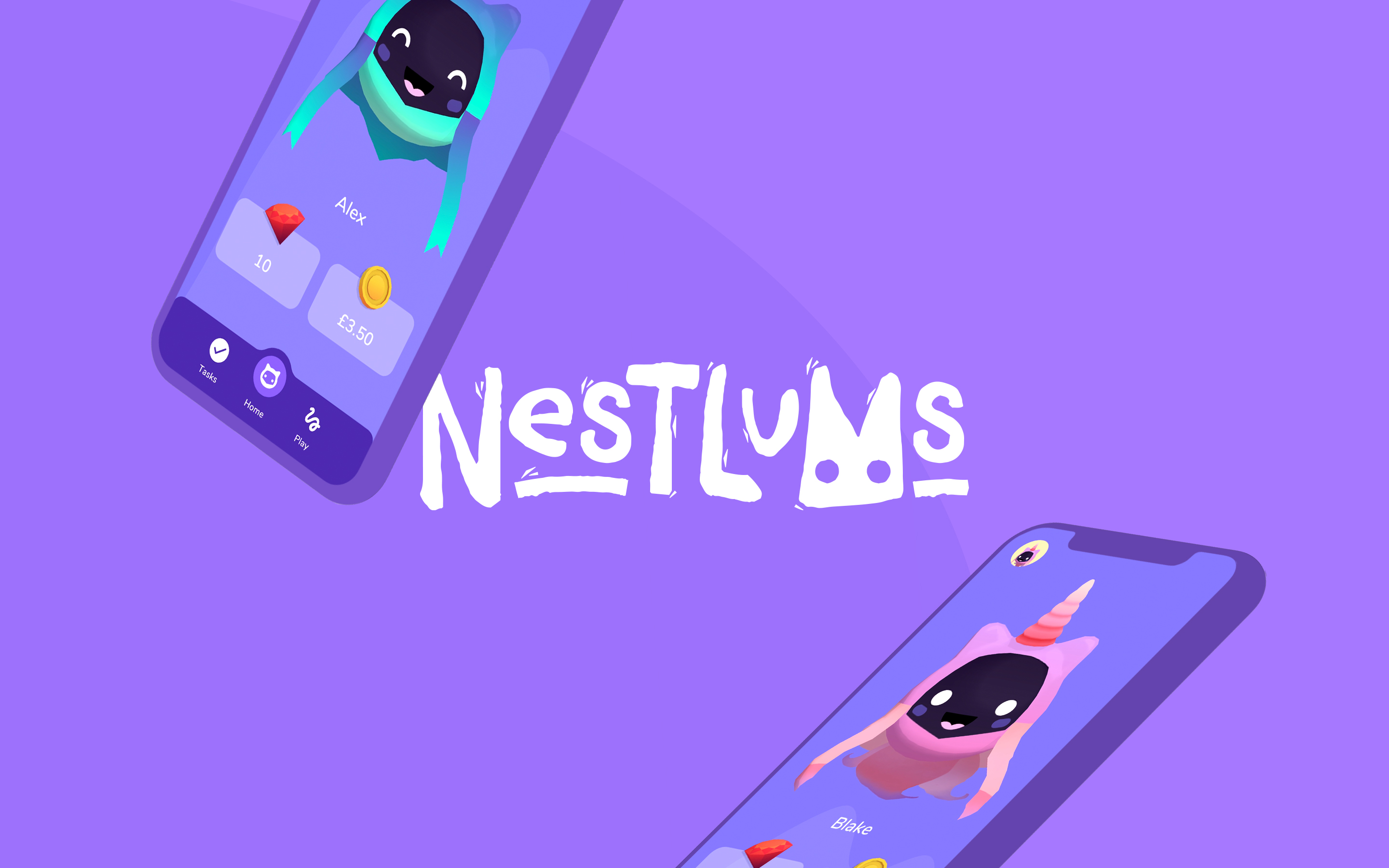 Launching today, Nestlums is a new mobile app which offers modern money training for children through a unique, character-driven, gamified experience, without connecting to a bank account or touching any real money.

The modern digital world presents new challenges in teaching children about money. Research released today by Cauldron shows that in 1 in 4 UK families, a child had made an unauthorised purchase online. A third of parents also said that they were unsure their child has the necessary understanding of financial literacy concepts for their age.

As families have been spending more time at home, it is likely children are also spending more time online. The Nestlums team hope the app can provide tangible support in building financial understanding, especially where digital money is concerned.

Created for people who want their children to develop good financial habits early, Nestlums harnesses the power of play to make a typically uninteresting subject engaging and rewarding. In the app, charming ‘Nestlum’ characters encourage kids to earn virtual currencies through the successful completion of real life tasks, set by parents in the app. Upon completion, children can then go on to manage, save and spend their earnings.

“We know that getting to grips with money can be hard for kids, especially as it becomes increasingly less visible in the modern world. My seven year old daughter barely has a clue what’s going on when I tap my card in a shop!” explains Wayne Travis, Creative Director from Cauldron. “With the growing prevalence of virtual currencies and the rise of the dreaded in-app purchase, we wanted to reinforce the idea of earning money honestly, appreciating the value of money even if you can’t see it or touch it, and not blowing it recklessly.”

Nestlums features two virtual currencies: ‘Gems’, which let kids unlock and play games within the app, and ‘Coins’ which represent a tally of real world money that can be honoured by parents as actual pocket money outside of the app.

“We designed the wise little creatures in Nestlums to tune into a child’s innate sense of empathy, and give them something to bond and play with as they progress. We’ve always said to parents: if they won’t listen to you, maybe they’ll listen to the Nestlums!” explains Fox Rogers, Design Director at Cauldron. “We are striving to create responsible financial behaviours that translate into the real world.”

Nestlums is the first public initiative from Cauldron, the recently re-branded creative arm of fintech pioneers Thought Machine, and has been created in partnership with BAFTA award nominated games developers Glitchers.

The app is aimed at younger children who do not yet have their own bank account or smartphone, and is intended to live on the parent or guardian’s device. Nestlums has been specifically designed as a safe space for children to learn financial behaviours. For example, the app does not connect to a bank account or card and features a secure ‘grown-ups’ section for managing a child’s tally of coins against money spent/honoured in the real world.

“Multiple children can be set up in Nestlums, and there is no limit to the number of tasks that can be set, rewards given, or games played, allowing Nestlums to be adapted to suit every family.” says lead Game Developer, Max Scott-Slade at Glitchers.

Nestlums can be downloaded from the Apple App Store or Google Play Store for a one off payment of £2.99, and features no subscription charges, in-app purchases or advertising.