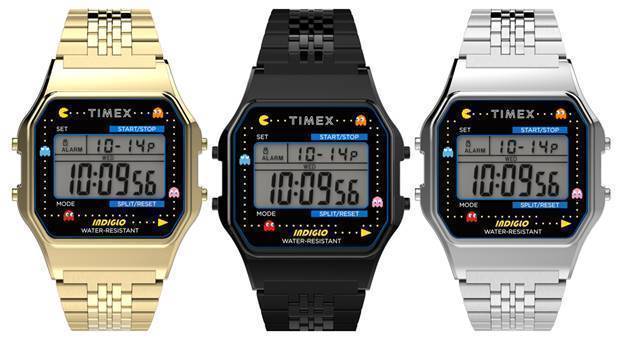 Timex is celebrating the 40th anniversary of PAC-MANTM, one of the world’s most well-known arcade games, with an expanded release of the Timex T80 x PAC-MANTM watch. Just as PAC-MANTM revolutionized the gaming world in the 1980s, Timex shook up digital watchmaking around the same time when it introduced some of the first digital watches for mass production. Following the sold-out release of the T80 PAC-MANTM watch at ComplexCon and timex.com in November 2019, Timex is now making the watch available globally to meet international demand and build upon the watch’s first-outing success. If you are a watch fan or collector like me this one should be up there on your list for a new timepiece.

“This crossover aligns the popularity of the iconic PAC-MANTM arcade game with the retro aesthetic of our T80 watch’s digital design, in turn creating a timepiece that hits all the right notes of nostalgia,” said Silvio Leonardi, Senior Vice President of Timex. “Now, following the watch’s initial success and in support of its 40th anniversary, we are excited to offer the T80 PAC-MANTM globally. Customers and fans should anticipate even more to come as we celebrate this milestone anniversary.”

This T80 watch features PAC-MANTM right on the dial, along with other special touches on the case back and bracelet clasp. The watch also packs all the capabilities one would normally expect from a Timex T80, such as an alarm, stopwatch, date display and INDIGLO® backlight; it even plays plays the iconic PAC-MANTM melody with retro flair to spare, making for a well-rounded timepiece that wears just as well in 2020 as it has since the heyday of arcade gaming.

The Timex T80 x PAC-MANTM will be available from June in silver-tone, gold-tone and black for £69 at Timex.co.uk and from select retailers around the globe.