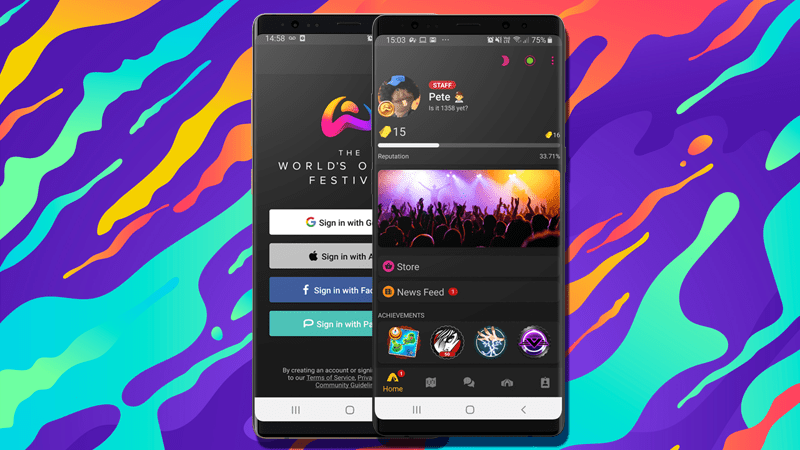 Today WOLF – The World’s Online Festival – launches in the UK. The free app is a platform for creativity, having fun and connecting with people from across the globe.

WOLF provides social freedom to people, in a virtual world; particularly relevant now at a time when we don’t have that luxury in our day-to-day lives.

As the world navigates a challenging time, technology such as this, plays an important role.

Unlike other entertainment apps, WOLF focuses on audio; rather than being locked into a stream, users can use the virtual stage for singing, comedy, listening to performers or simply catching up.

WOLF alleviates the confinement of self-isolation and lets users experience live entertainment, in an online world. Users can interact with shows by engaging with hosts and performers, in real time.

In the absence of key events such as Glastonbury and Coachella, WOLF empowers people to create an authentic festival experience where you can stumble across new performers and discuss them with friends.

Users aren’t just spectators on WOLF, they are part of the action; encouraged to explore their own talents. Hosting live performances, engaging with other people using the app, making live podcasts and radio-style shows are all part of the experience. WOLF performers come from all over the entertainment world, many with niche talents, which they are encouraged to showcase.

WOLF was developed from its predecessor, Palringo, the first chat app to launch on the Apple App Store.

Gary Knight, WOLF CEO says: “The reality of life right now is that it will necessitate a significant medium-term change of lifestyles, all around the world. As it becomes increasingly apparent that everyone will have to rethink how they experience social situations, WOLF offers a second world where people can hang out. The entertainment brings people in, they then stay to chat and connect.

“We wanted to create a virtual world that replicated the joys that we all get from discovery. WOLF keeps people together, particularly at a time when many feel socially isolated. It’s friendship, exploration, fun and the entertainment of a real-world festival, in your pocket.”

WOLF is a free app available to download on Apple and Google Play app stores.