The (real) benefits of Windows 10 for small business. #Windows10 #Business 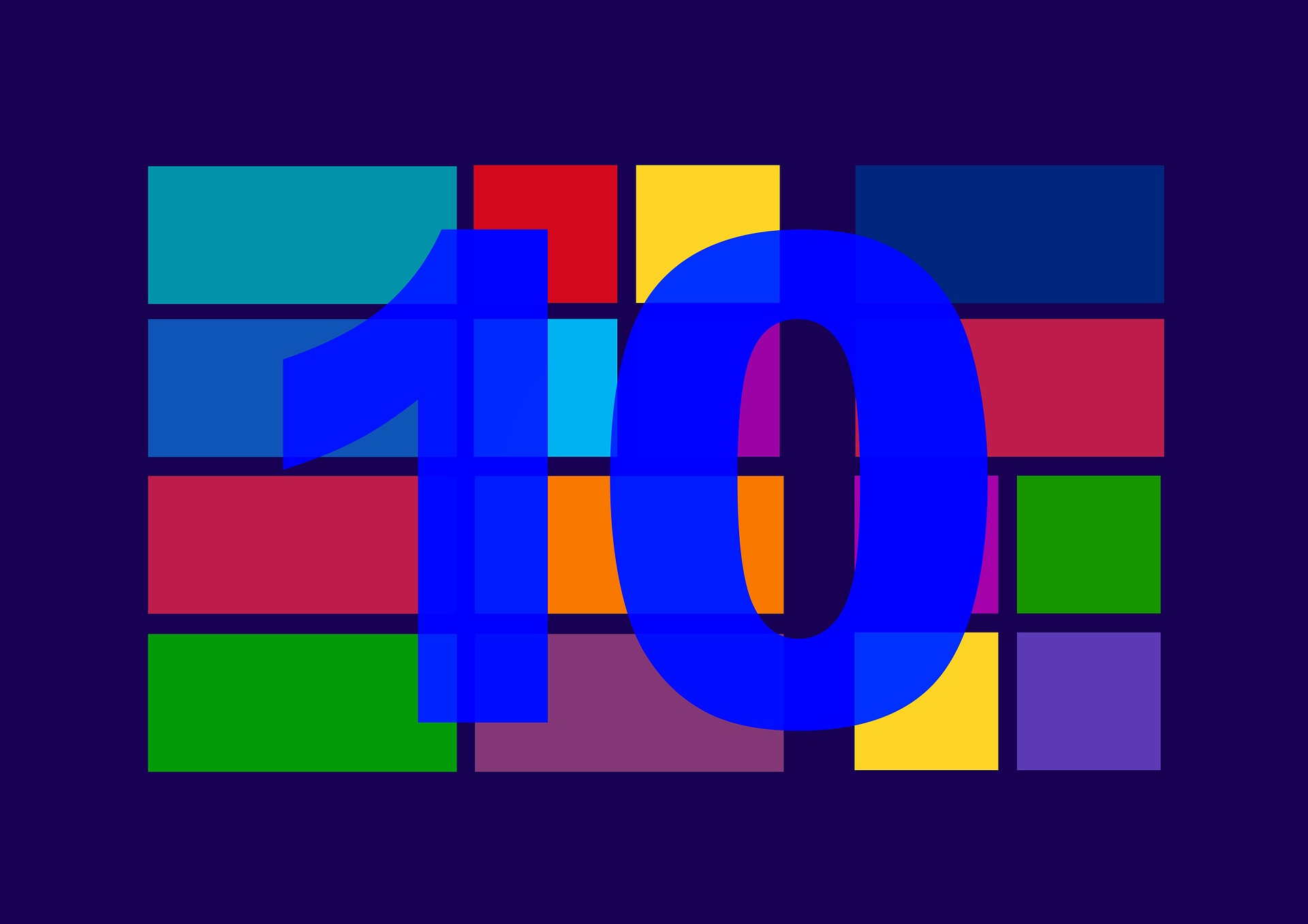 Perhaps the most remarkable achievement Microsoft has pulled off over the last decade has been making Windows far more user friendly. While cliché to say, it’s nevertheless a distilled report of UX from users. From its beginnings as a tech geek, relatively cool product that – at times – frustrated non-technical folk, Microsoft has clearly listened to consumers over the years. Today, Windows 10 epitomises the marriage of its technical ability with a far more intuitive end user experience.

Microsoft has dominated the working world for years, and for good reason. Even early critics of Windows struggled to find the kind of apps Microsoft had already made mainstream 30 years ago. Not only does Microsoft Office suite remain streets ahead of competition in enabling businesses big and small, but Microsoft’s enterprise-grade Server products have enabled network access and management for thousands of large corporations. Both user security and efficiency have driven Microsoft’s overall suite development in the new millennium.

A heads up for everyone still running Windows XP or 7: those Windows versions are unsupported now, which means no security patches or upgrades of any kind are in your future. Unfortunately for you, that means high vulnerability and low security for your PC. Windows 8 was an unpopular option for many, as it followed a touchscreen design layout; in particular, business users weren’t ready to abandon their familiarity with previous versions. Which brings us to Windows 10, and some good news – it’s the best Windows ever.

The benefits of Windows 10 for small business are many

Loyalties and bias aside, excerpts from a top IT concern in London covering What Are the Benefits of Windows 10 for Small Business? will win over many former critics. As a testament to Microsoft’s ability to respond to the market, they’re focus is on user experience, mobile access and the right box of tools.

Faced with competitors of various hues that included upgrades as a part of ‘maintenance’ at no charge, Microsoft has adopted a ‘software as a service’ (SaaS) approach, too. Facing the loss of consumer appetite for paid upgrades, Microsoft has reinvented its approach in line with such expectations. While small business users had to opt in and install Windows 10 when it arrived, future upgrades will roll out seamlessly in the background. In other words, they’ve taken the roundabout way of installing an OS and automated it.

A tiny tweak perhaps, but with huge implications for UX. Buying an installation disc or being billed for an online upgrade is over, too. The standard offering will be free, while users who employ more extensive versions or apps within Windows will pay per use.

Enterprise now has a clear legal responsibility in terms of GDPR. Personal data is regulated, and the onus on business to both safeguard against and react towards its illicit dissemination is clear, with punitive measures against those who are negligent in looking after users’ or clients’ data.

Today, it’s surprisingly best not to supplement the Windows Defender suite of programs with other antivirus apps. Windows’ in-house security is tight, performs alongside the best, and makes extrapolation of security measures a cinch when needed. In other words, having Windows Defender up and running as it should be on the OS covers business in terms of its liabilities concerning personal data. It makes small business compliant, identifies and secures individual app access, and can limit files that apps can access.

Enterprise users can expect to be forewarned of illicit activity around access, and Bitlocker makes encryption a standard possibility for business now – not just James Bond.

Sticking with user-driven common sense, the Windows 10 OS runs on desktops, laptops and tablets. It presents as a familiar face, with the design reminiscent of the older Windows the whole world became accustomed to over the initial years of use. That might seem unimpressive, but for working personnel, it’s the difference between feeling confident (in presentations or other participation where data needs to be shared) or feeling technically challenged.

As cloud computing becomes the norm, Microsoft’s OneDrive allows users to access data whenever and wherever. Being able to consistently access data easily between devices is now so commonplace that it might be overlooked as a new feature, but significant hard work went into making that possible.

In an emerging gig economy, many people take work home and work at all hours of the day and night. The ability (continuity) to do so is, again, something we all simply expect as a default; but that, too, is a new feature with Windows 10.

Apart from BitLocker, Windows Hello assimilates biometric data on users to grant access to files. Users typically encounter a two-factor authentication process that adds further security to business dealings. This might seem banal, but the reality is all these tweaks and touches have been modelled on user expectations and preferences, as well as the logic of easy, secure computing. Microsoft has become adept at imagining the experience of daily users, and designed Windows 10 in accordance with that.

Assorted local and networked resources can be accessed by identified individuals or groups. Managing access across a staff contingent, freelancers and clients has become a push-button process, as opposed to someone having to physically dole out and collect documents, or otherwise police company data. Office 365 Business and Enterprise users can also employ Azure Active Directory accounts to the same end.

Offering users software subscriptions has changed Microsoft product licensing to the benefit of users. Utilising a per month or per user billing model has made Windows significantly more scalable – and pleasurable to use – because of it.

Should a small business need to add new staff, whether freelance or otherwise, per user costs can be defined based on deliverables for any project. Decreasing the number of users is now a simple matter, whereas before customers were ‘locked in’ to Windows for a term.

Upfront costs have disappeared, and business accounting departments across the globe are loving the predictability of a per user structure, too. Any small business paying for Windows products can be assured that they are utilising the same platform expertise as any large corporation elsewhere. The inbuilt universality of Windows 10 means top drawer service and security to all subscribers – a nice touch by Microsoft towards a level commercial playing field.

Cortana is Microsoft’s response to Alexa and Siri – an interactive voice command feature, with personality! Having had the benefit of watching assistants like Siri roll out and noting where they stumbled, Microsoft’s Cortana has started out at a higher level. She’s almost a personality (she has opinions on general life, too) and definitely an aide that will become indispensable once a user starts using the feature.

Cortana is simple to use but not simplistic in abilities, and pleasingly responsive and intuitive. Full of a host of time-saver tweaks once engaged, Cortana is a genuine efficiency boost in a busy digital world.

Another major perk of Windows 10 is it’s the most enabling platform for any of the other Microsoft business suite products. Truly an undiscovered benefit until a company runs Office 365 or Microsoft Server, it’s often in expansion that a business realises what a hassle-free, empowering platform Windows 10 is. Microsoft Business Suite products are optimised on the Windows 10 OS in a manner that simply doesn’t happen any other way.

Windows 10 is a feel-good Windows version, and a smart response to user issues over the years. Microsoft has responded well – even critics grudgingly agree that many of their complaints are now addressed with this version of Windows. Security is still benchmark, upgrades are no longer a looming hassle, and the access and identity management of Windows 10 makes for pleasurable working. Any small business would be hard pressed to better enable business processes, resident and remote staff, as well as the overall demands of daily business without it.