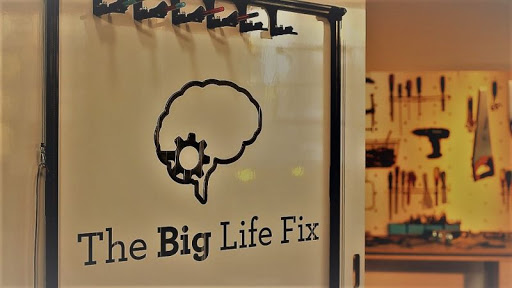 Irish company Marino Software have developed an innovative solution to help an MND-sufferer who will eventually lose her voice. The solution was developed as part of RTÉ One’s ‘Big Life Fix’ programme, which brings together some of Ireland’s ground-breaking designers, engineers, computer programmers and technology experts to create tools that will radically improve people’s lives, and will be aired on RTÉ One at 9.35pm this Wednesday, 11th March 2020.

Marino Software were tasked with helping Róisín, a 32-year-old mother of three from Dublin, who had been diagnosed with Motor Neuron Disease (MND) just one month after her 30th birthday in September 2017. Her motor skills are increasingly deteriorating, making everyday tasks very difficult, and MND will eventually make her lose her ability to speak and communicate with her three daughters and family.

The team at Marino Software worked with Róisín to develop the technology that will allow her to communicate after she has lost her voice – in her own voice. They also developed an app which would allow her to record audio and videos in her own voice – recording her thoughts, experiences and feelings and allowing her to choose who to share them with.

Speaking ahead of the airing of Big Life Fix, Garrett Sheridan from Marino Software, said: “Róisín wants to be able to continue interacting with her daughters after her voice goes, but it was very important to her that she would be able to communicate in her own voice, and not in someone else’s.

“Róisín is a very sociable woman, who is not just the mother to her children, but she is also the mammy to all her brothers and sisters – and there are always people coming and going from her house. She told us about interests which she enjoyed until she was diagnosed such as meditation, music, going to gigs, hiking and going to the gym.

“Over the course of six months we worked with Róisín to map out the types of conversations she has most often and is most likely to continue having – from chatting with her children about school, to typical Irish discussions about the weather!

“We used a combination of recordings and AI-generated sentences for Róisín’s digital voice to be as close as possible to her own voice and built a solution she could start using on her tablet.”

In addition to the main soundboard app, Marino Software built a legacy app for Róisín to be able to record audio and videos and choose who she would like to receive these. This app will keep her voice alive, pass on her experience and capture her wisdom for her children and family.

Garrett Sheridan said “Working with Róisín was an inspiration for all involved. We aimed to positively impact her life and hopefully, we’ve done that. There’s a huge opportunity to enable people through design and technology and our team is excited about building awareness about this.”