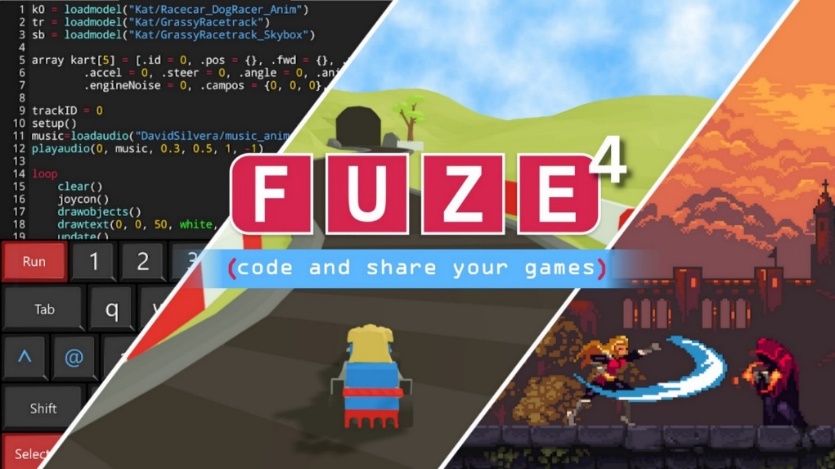 Since the release of FUZE4 Nintendo Switch the community of FUZE users has grown and the community platform, FUZEArena has reached critical mass.

Jon Silvera, MD of FUZE states “We’re really excited to lower the price to a level that is truly accessible to the broadest possible audience. F4NS is, at its core, an educational application designed to make learning to code as accessible as possible, and as such, a low price point was always planned.”

A new patch released in January added many new features to F4NS with undoubtedly the most important being open sharing. Whereas previously, projects could only be shared between friend IDs, now all projects can submitted to the FUZE Arena portal where they are given a unique code. The code can be entered in FUZE to download the project.

Projects are upvoted by users with the very best appearing in the FUZE Showcase for all to see. The FUZE Arena community portal provides an incredible resource for FUZE users. From tips from the pros, to the complete online help, to regular Game Jams, video tutorials and competitions, it’s a haven for coders of all abilities and talents.

A key objective behind the development of F4NS was to ensure it is easy to learn for absolute beginners and yet powerful and flexible enough for advanced coders to show off their ‘1337’ coding skillz! The FUZE community have already proved this objective has been met as there are many incredible looking games and technical demos currently available and more are being added every day.

Within the next few months FUZE are planning to release, for free, a special version of FUZE called the FUZE Player. The player allows Nintendo Switch users to download and play FUZE projects for free. If your project has made the grade on FUZE Arena it will be available for the world to see.. and play!

The future of FUZE

FUZE4 Nintendo Switch is just the beginning. Over the coming months teamFUZE will start working on new platforms with a plan to release these over the next 24 months.

With the latest new features and the new ‘very low’ price the time to get involved is right here, right now!