How mobile apps have changed our lives and what the future has in store for them? #Apps 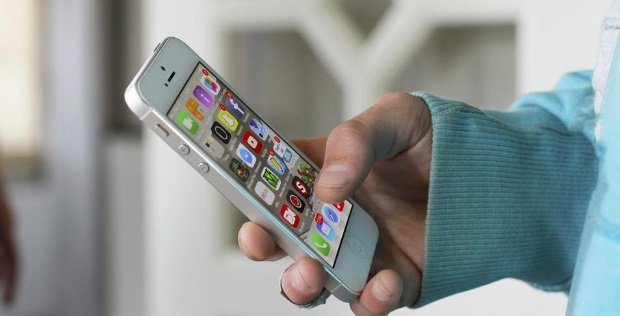 Applications on mobile phones have fundamentally changed every aspect of our lives. This is true from the moment we wake up thanks to our alarm app to staying on top of our finances through mobile banking apps. The truth is technology has seamlessly integrated its way into our day-to-day activities, improving and streamlining them. We use mobile apps so frequently we use them without even thinking about them, a lot like breathing.

Truth be told, it’s hard to believe that mobile apps stores have been around for less than a decade. Currently, there are 4.42 million apps available on the Apple and Google apps stores combined. App revenue made in 2019 so far has already reached $462 Billion with a principal projection for growth in the coming years.

(A periodic graph provided by Statista outlining the growth of mobile app revenue over form 2014 to 2023).

The graph above provided by Statista shows a clear indication of mobile app revenue throughout the years. Form the introduction of apps back in 2014, and in comparison to today, we can see a significant 364 billion dollars increase in revenue generated by mobile apps. This is set to rapidly increase by 2023 by about 473.5 billion, which is almost double the current income. These staggering figures give evidence of how far apps have come and their future potential.

When considering how mobile apps have changed our lives, it’s essential to consider the factors that have lead to their growth. Firstly, apps are popular because users love the ease and convince they provide. By merely downloading apps to their smartphones users were given the ability to use their devices like never before. Secondly, users always have their smartphones on them, which is the key factor that makes apps convenient. These two factors together drove the expansion of mobile apps in comparison to desktop applications.

Mobile apps have transformed the way we work and communicate. Social apps have fundamentally changed the way we interact with one another. Through social media apps like Instagram, we can communicate through pictures and with people from around the world. Prior to this, we were faced with limitations in the ability to communicate with others from around the globe. Apps have transformed communication from traditional antiqued ways and fast-forwarded them into today’s world. Thanks to apps like Skype and Face Time we can now communicate in real-time video and audio communication virtually no matter their location.

Mobile apps have offered us more than social media capabilities. They have given us a new way of working. Either through apps designed to be used in workplace environments or apps that are specifically tailored to be used for a specialist sector. Apps can bridge the gap between complex matters and problem-solving. They open up the opportunity to learn and share knowledge in work-based environments while streamlining processes. Performace tracking apps are also widely used in the working environment to measure and help improve services creating better working environments and helping an organisation reach their goals.

Mobile gaming apps have also come a long way. Not only are more complex and advanced technologies being brought to entertainment and gaming apps, but the integration of technology such as AR and VR has seen the face of mobile gaming change. A great example of this is the Pokemon Go app which uses Augmented reality (AR) to hunt for Pokemons. In the past gaming was focused on consoles and its games. But now, thanks to apps, gaming is centred around apps and their capabilities which turn our smartphones into portable gaming devices.

Health and other apps

Wearable devices have increased over the past few years and so have health monitoring apps which help users keep fit and stay in shape. Consumers have become more health-conscious and so apps in this sector have increased to feed the demand. The introduction of mobile apps has also seen a rise in navigation apps and online buying apps such as Amazon and eBay. Apps have also given logistic companies the means to use mobile technology to track shipments and delivery drivers in real-time. Instead of physically going shopping, many opt to shop online now, which has impacted our lives and the economy.

Need a job in IT or tech? Click the image below.

The future of mobile apps

The rapid adoption and seamless integration of apps into our lives make imagining life without apps impossible. It is clear that apps will remain hugely popular, even for years to come. It is hard to currently pinpoint what kind of technology will overthrow apps from their current throne.

Guest post by Yasmita Kumar –   I am a writer and I have been writing about various topics over the years. The topics I enjoy covering in my writing are predominantly based on Technology as a whole and the impact it can have on our lives and how they are implemented and used in different industries