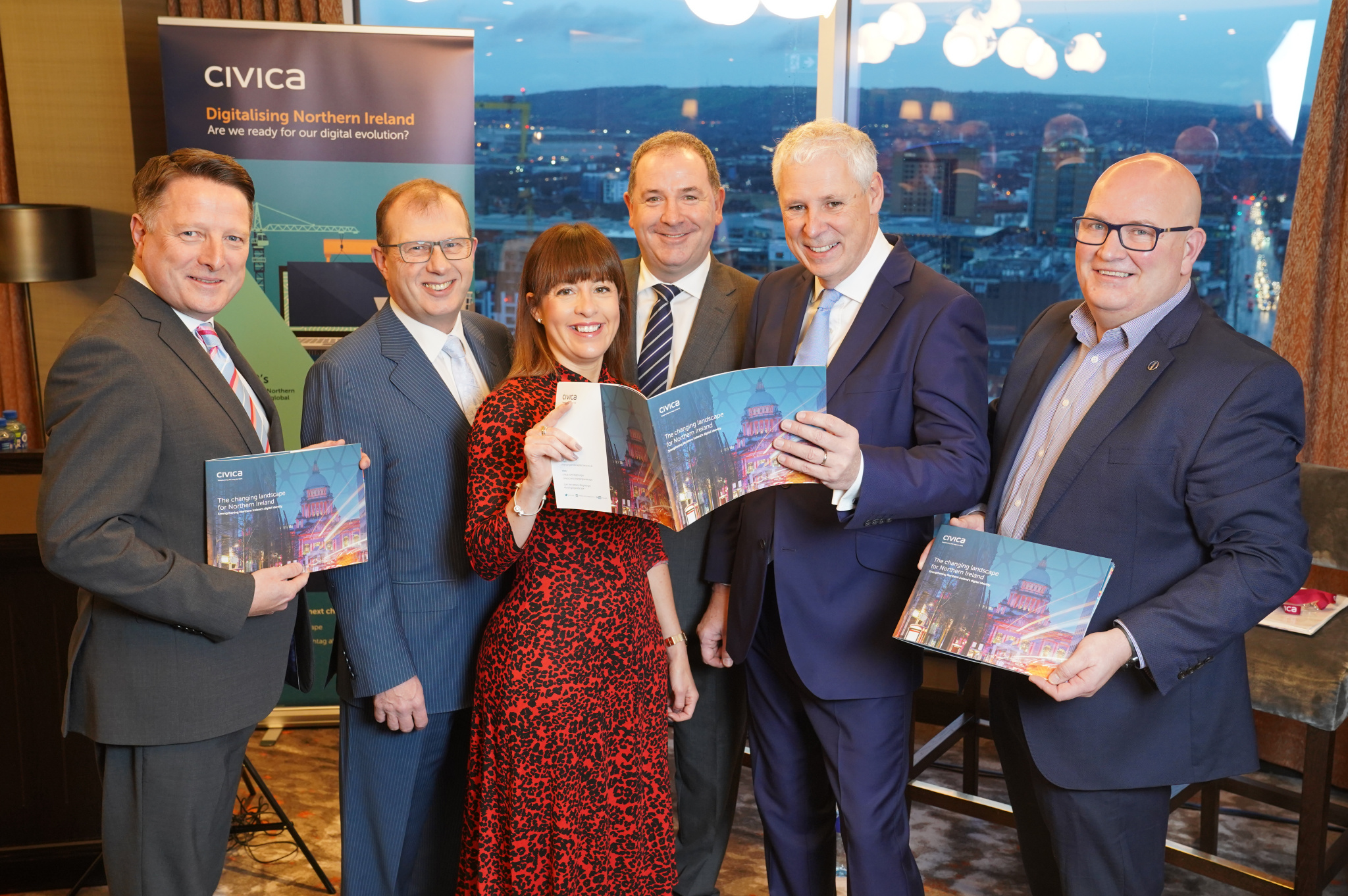 A new report released by Civica, the market leader in business-critical software, digital solutions and managed services for the public sector and regulated markets reveals Northern Ireland has reached a digital tipping point, with 90% of citizens surveyed stating public services in the region are now ripe for digitisation.
Civica’s latest Changing Landscape report, Strengthening Northern Ireland’s digital identity, is based on key findings from senior leadership forums and new research from more than 1,000 citizens across Northern Ireland.
It outlines the challenges and opportunities ahead for leaders in driving collaboration across the country, communicating benefits and progress, boosting the skills gap and using data to better fuel the economy to improve local outcomes and create a stronger digital Northern Ireland for the future.

The report recognises the nation as a UK digital technology leader, but whilst digital technology, from cloud-enabled services to connected devices and machine learning offer a huge opportunity to re-shape the delivery of services, organisations across the region are facing a rapidly evolving environment.
A challenging political and economic landscape has seen further progress stall at a time when traditional saving approaches are becoming exhausted and technology-driven change could unlock additional sectoral efficiencies.
Strong progress has been made with the NI Direct strategic partnership programme transforming more than 25 significant services and delivering more than four million new on-line transactions. But there is still a pressing need to build on this successful foundation.

Mark Owens, Managing Director, Northern Ireland, Civica commented: “It’s clear that Northern Ireland has taken a lead in the way we deliver services in a digital economy, however we must ensure that we listen to our citizens and customers, collaborate more across the region to ensure success, harness and share data and educate our children with technology to maintain a leadership position.
“If we, as a small nation, adopt and execute these beliefs, there is a great future for our economy, even in uncertain times, and working together we can strengthen Northern Ireland’s digital identity.”

The report also suggests that organisations need to support the Government’s regional employment and retraining schemes to help ensure that the existing workforce, rather than being left behind, plays a significant role in Northern Ireland’s digital future.
Civica is a leading partner for Northern Ireland’s organisations across government departments, policing, health and care, housing and public safety, together with commercial organisations. The company has helped deliver improved business outcomes for a wide range of customers, including NI Direct, BT Ireland, Police Service of Northern Ireland, Northern Ireland Fire & Rescue Service, Northern Ireland Housing Executive and the Belfast and Southern Health and Social Care Trusts.