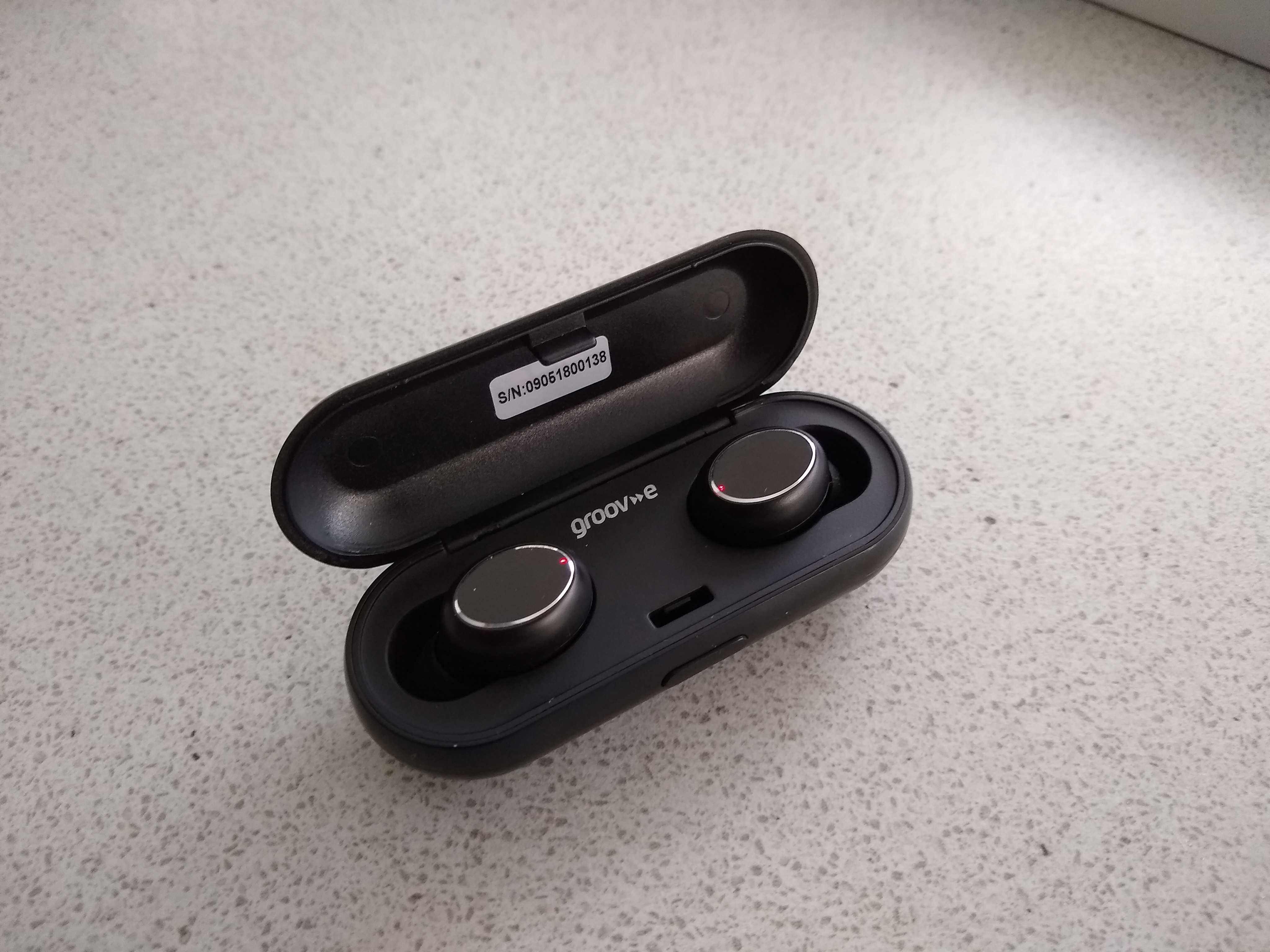 Groove-e make some really nice tech products and for some time now we have been testing their products and the latest we have checked out is the Play Buds which are totally wireless come with a carry case which gives you more juice on the go.

These are also on the cheap side with cost here as many of these types of buds are over the €100 mark but now there is an influx in the market with these in-ears with charge case which is a good thing for choice and competition.  These are very light too and fit quite well in the ears though mine are rather selective when it comes to the likes but there is additional buds in the package.

Presented well in the packaging as always this is a similar to a big pill in your pocket which will fit in any pocket making them easily portable for anyone or any pocket. Pairing these is a simple process to begin with voice notifications each side similar to Jabra, So how do they sound is the most important factor here at the cost..Well hit and miss with some tracks but source dependent.Like many I have an old sd card stuffed with music and for me using this as a source due to how songs were downloaded and so on it they simply did not perform well in many cases compared to other headphones/earphones I used.  When it comes to using services or You Tube which is really my main source of music they do perform well.

When it comes to the usual attributes in music they performed well overall but on some occasions went a bit off with highs and sounded tinny at max volume but nonetheless the overall performance listening to music from the likes of Spotify or You tube they deliver clear crisp sound and for the price you can’t really complain paying around €60 for such which is on the cheaper side out there.

Boasting Bluetooth V4.1 technology, users are able to connect the PlayBuds seamlessly with any smart- device that’s up to 10 metres away. With three hours of listening time and 20 hours on standby, users simply place the PlayBuds inside the carry case when the battery is low. The portable case, which doubles up as a charger, will then provide an additional seven hours of music playback, allowing users to stay connected for non-stop listening on the go.