10 Years of Video Pro X: MAGIX publishes the largest update in the history of the video software. 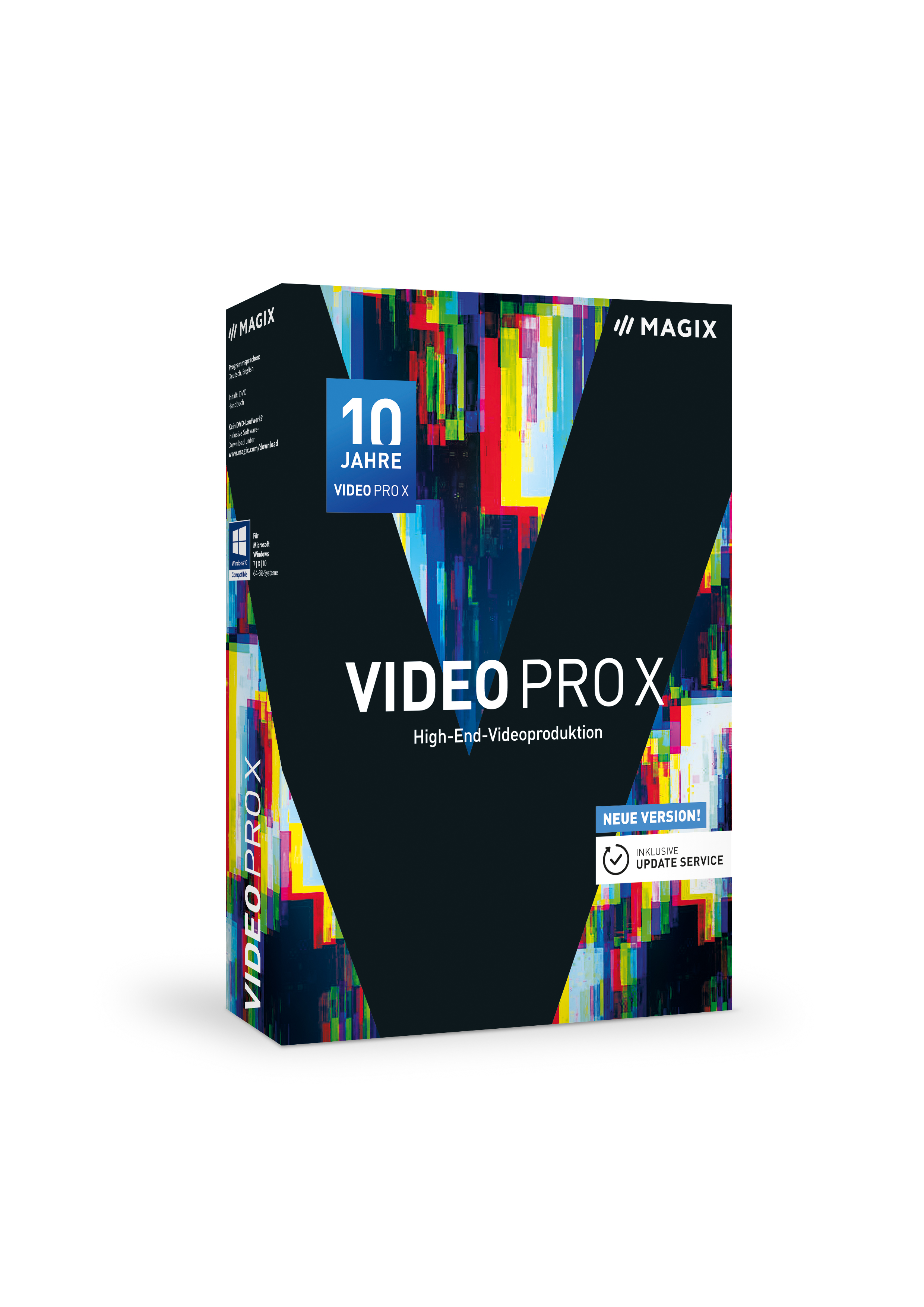 On the occasion of the software’s 10 year anniversary, MAGIX Software is introducing the largest update for Video Pro X ever to the market. The anniversary version of the professional video editing program includes numerous new functions and improvements for significantly more power, productivity, and design flexibility.

The most recent update from MAGIX had already put a strong focus on increased performance. However, the new version introduces the largest performance leap ever. For the first time, HEVC/H.265 video export can now be rendered with the NVIDIA GPU’s encoder. This makes export speeds possible, which were inconceivable in the past. Also new to the latest version is the comprehensive AVX optimization in the internal image processing and the 3-way colour correction resulting in faster image processing and much more precise output quality during colour conversion. Additionally, the output of 4K source videos into FullHD quality has been optimized by reducing high-frequency image components. This results in fewer bit errors during the conversion of high-resolution recordings.

With the new Video Pro X, MAGIX pushes ahead with its workflow optimization strategy. The latest improvements include the new time-saving J-L cut and the intuitive “Move object content” mouse mode. With J-L edits, video and audio tracks can now be modified individually without losing the advantages of working with grouping. For video editors who work regularly with overlapping objects, such as spoken audio spanning several scenes in documentaries and interviews, work will become noticeably easier, and object content can now be moved more flexibly. From now on, users can intuitively select and adjust image content from video objects with a click of the mouse while maintaining the editing rhythm.

The Video Pro X effects area has been enhanced and is now more clearly organized and user friendly than ever. Users can quickly navigate to the effects they want and control plugins much more intuitively meaning the creative workflow stays uninterrupted. Chroma Keying has also been optimized in response to customer feedback. A new algorithm supports the ability to recognize and extract objects. 360° editing was also improved. 360° image stabilization, a set of spectacular 360° transitions, and special 360° effects from HitFilm now supplement the Video Pro X 360° editing package. And now even stereoscopic videos can be processed by Video Pro X.

“10 years of development have been invested in the new Video Pro X. We would like to introduce the largest update in the history of Video Pro X as a way to say thank you to our loyal customers. Without the continuous feedback from the Video Pro X community, the software would by far not be as sophisticated and powerful as it is today,” says Florian Liepold, Product Owner Video Pro X at MAGIX.

Video Pro X comes with a year of Update Service free of charge. So, users who now decide to purchase the software will automatically receive any upcoming updates. For example, the flexible anchor point positioning, an intelligent function that helps to individually select the object focus – for maximum design flexibility while scaling and rotating.

All new Video Pro X features at a glance: