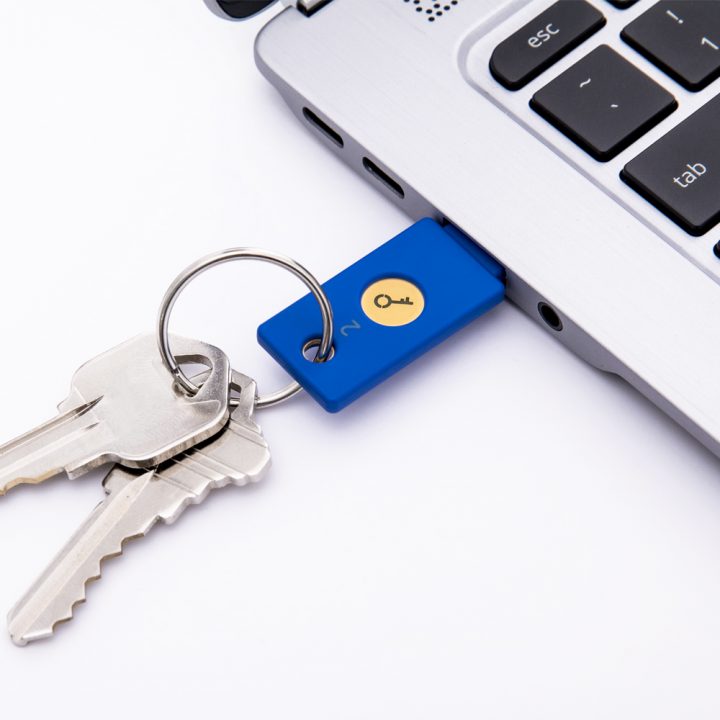 “Since we launched the first YubiKey 10 years ago at the RSA Conference, our mission has been to enable one single security key to work across any number of services, and with great user experience, security, and privacy. Today, this vision is closer to its reality,” said Stina Ehrensvard, CEO and Founder, Yubico. “FIDO2 is a natural evolution of U2F, delivering trusted, passwordless authentication for the modern, distributed workforce.”

“The FIDO Alliance thanks all organizations and members that have contributed to the FIDO2 open standards work, enabling a future of simpler, stronger and passwordless authentication for users across the globe,” said Brett McDowell, executive director, the FIDO Alliance. “Yubico plays a central role in this creation process, from co-inventing the protocol that enables one single security key to access any number of services, without shared secrets, to where we are today, announcing the FIDO2 Project.”

What is FIDO2 and how does it differ from FIDO U2F and FIDO UAF?

U2F is an open authentication standard that enables hardware authenticators, coupled with a username and password, to securely access any number of web-based services — instantly and with no drivers or client software needed.

The FIDO2 Project consists of an API (Application Programming Interface) and a Protocol. The Security Key by Yubico supports both the WebAuthn API and FIDO’s CTAP.  FIDO2 provides strong authentication as a single factor, eliminating the need for passwords.  FIDO2 can also conveniently pair with PINs, biometrics, or gestures as additional on-device authentication factors.

The WebAuthn API was developed by FIDO Alliance members, including Yubico, Microsoft, Google, PayPal, Mozilla and Nok Nok Labs, and standardized by the World Wide Web Consortium (W3C). Once a specification is endorsed by the W3C, it becomes globally available, creating a ubiquitous web platform for FIDO2 support. WebAuthn allows for a Security Key to create a public key-based credential for authentication and use that credential to securely log in with a web-based interaction similar to U2F.

The Yubico Developer Program is designed to enable integration of strong authentication to support Yubico hardware within web and mobile applications. Those who sign up will have access to developer resources including workshops, webinars, implementation guides, reference code, and SDKs. Those interested in FIDO2 can sign up to receive early access to Yubico resources to aid in implementations of the FIDO2 open authentication standard. Organizations can sign up here to begin receiving updates on the Yubico Developer Program and early FIDO2 materials from Yubico.