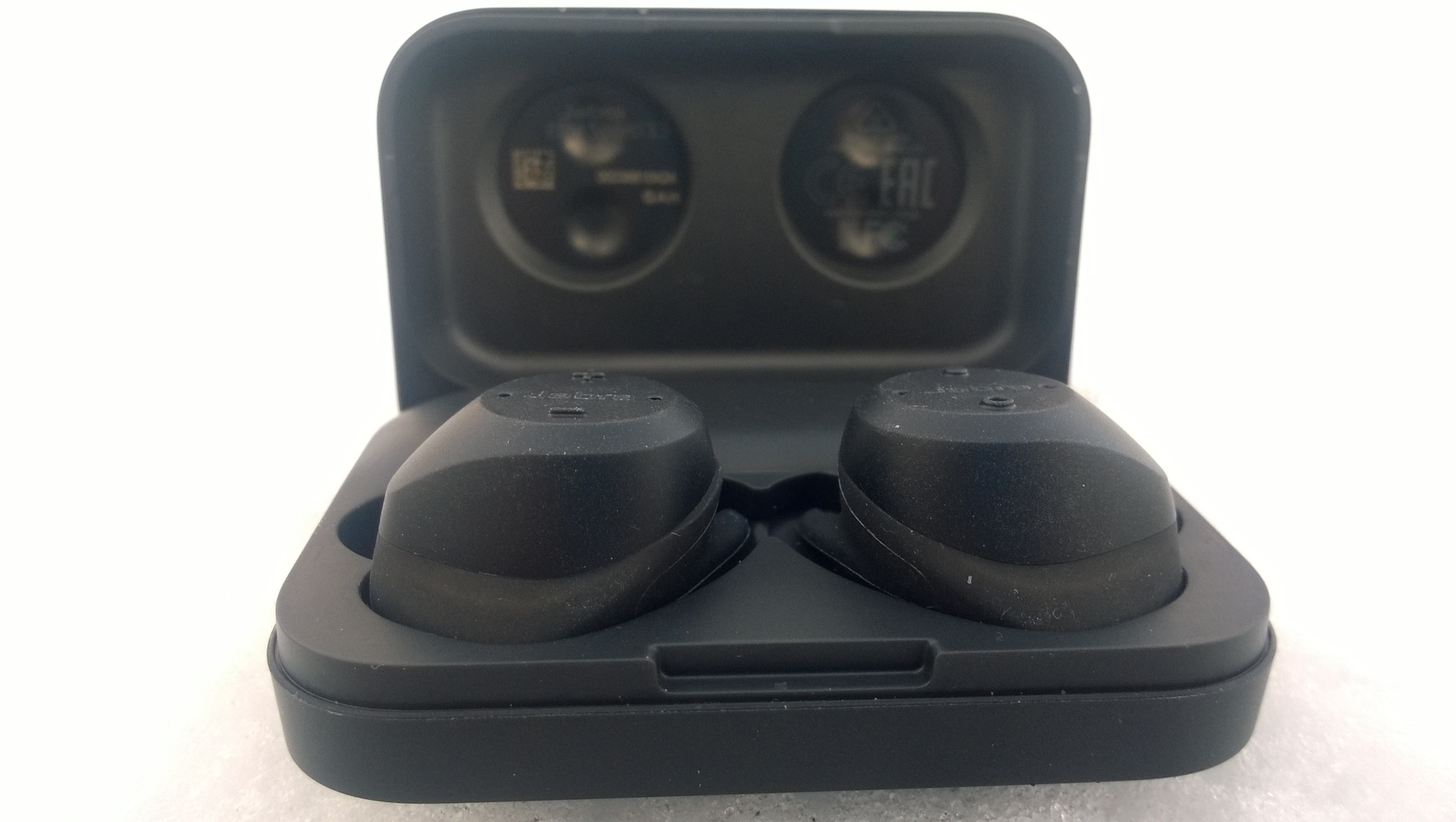 On opening these I thought they would not fit in my ears as I am typically anti-ear buds but some do work/fit fine and these did too with their clever design and extra wings,gels and tips to pick from which changed the game for me but they are on the larger side but its more an aesthetic look more so than how they actually fit in your ears.

The packaging also excellent as normally is with Jabra is great and the little charging box is cool and robust to boot. This also gives you additional power on the go which is a bonus for heavy users and its not bulky either and fits nicely in any pocket and will be an ideal companion for those who would use these for long periods of time especially on a long commute. With a heart rate monitor and Hear Through feature this is only a few things they have on offer and they also switch on automatically when you take them out of the box.

These are well-built and IP67 rated which is what many would like to hear,they are solid overall would take plenty of knocks and sealed quite well too. IP67 is dust and waterproof up to One Meter so they can be worn in the rain and you can also get a three-year warranty against sweat which would be more so the worry I would have over the rain this would depend on the person.

The case they come in too is robust and this houses the two ear buds and charges them via induction,they just pop into the box and that’s it,the box will charge via Micro USB and will give you two charges per full charge of the box on top of the 3- 4 hours on the unit itself and these also fast charge too so all is good in this department.

There is wing tips,gels and foam buds and I would suggest the buds for more noise isolation but thats my view they have a better seal than the gel tips but are a bit uncomfortable at first and can hurt your ears when pressing the keys but they do settle down after some usage.

Once paired to your phone which was simple thanks to the instructions and voice assisted commands as Jabra has in most of its headphones you are good to go, the lady that calls out the voice assisted commands now sounds even better and not so robotic. The raised buttons are small enough on these and as I said can hurt a bit when using fresh foam tips,after a while you will be custom as to where the keys are and will be able to navigate them quickly all features for calls and music you would expect to find are here and simple.

One side is the power on/off and the other skips tracks and pause,the usual array of controls you would expect to find. Also worth noting there is a charge status on your phone to keep you aware of battery life which is excellent to know and keep tabs but don’t forget you have the back up of the storage box which doubles as more power,two more full charges in fact. Another nice thing is you do not need to have both of these in your ears and can use the one for calls if you like which is handy and is great for the office or when driving to give to examples.

Calls and music here are great but from my point of view you would be better off with the foam tips over the gels as they isolate exterior noise much better though they can hurt when pressing the buttons but soften up after some use,calls where crisp and clear as was music in all formats and volumes though not the loudest I have heard from Jabra but that’s just my impression,in a quite room for example you will get the best results for clarity as opposed to outdoors where they have a handy Hear Through feature that allows you to hear whats going on around you which would be useful in certain circumstances be it jogging or walking on dark mornings and evenings for example,its good because you need to keep your wits about you these days.

This app is a must have for the fitness gurus, Being unwell during testing I did not use it that much but checked out the features, Setting up was odd as I had to pair the ear buds yet again despite me being already paired to my device which was Nokia 8,this might have been a bug but no app update arrived during testing, Getting set up required me to get my heart rate going and jogging on the spot for 15 seconds to calibrate but this took several attempts but I got there in the end, The app has alot to offer which we covered before but Jabra elite, some extra pieces,here is some app screenshots.

Overall this first attempt at the total wireless experience with ear buds is a great execution with what is on offer though some may find them uncomfortable and they may not stay in,this depends on the person, I thought they would constantly fall out but they did not drop out once,they do fill your ears fully and feel cumbersome to start but you soon get over this feeling and will be able to work your way around the small keys as mentioned before,they are not cheap but considered whats on offer and the build quality they really are a great piece of kit and one I tend to wear more so than others now given I prefer headphones.ie overears. I look forward to their next installment which was announced recently and their other products coming soon.