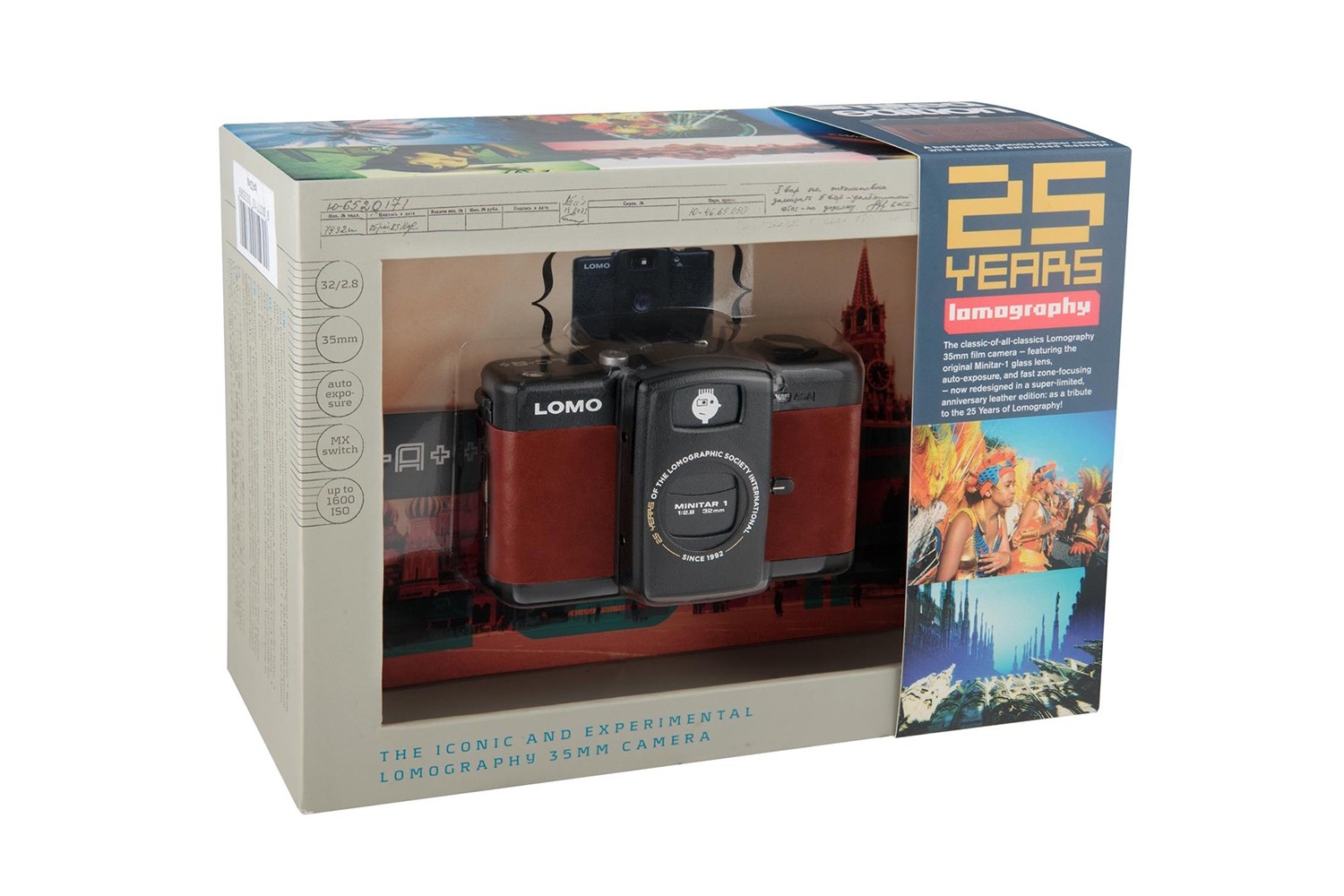 To celebrate 25 Years of Lomography have just launched three limited edition models of the LC-A+, LCA 120 and LC-Wide. These unique editions are dressed in brown leather with an embossed message on the back. Over the last 25 years the LC-A cameras have been a constant source of inspiration for creative film photographers and are still inspiring new generations. We have some samples en-route of products from Lomography so stay tuned for more on that.

SUITED AND BOOTED FOR A BIG BIRTHDAY

With us through thick and thin, the Lomo LC-A has been by our side for 25 whole years! As a
touching tribute to our steadfast, old friend — which has won over analogue hearts around
the world with its instantly identifiable moody vignetting and punchy saturated colors —
we’ve created three leather-clad, 25th Anniversary limited editions of the Lomo LC-A+, Lomo
LC-Wide and Lomo LC-A 120.

A CONSTANT SOURCE OF EXPERIMENTAL INSPIRATION
The LC-A has been our go-to, pocket-sized companion for a whole quarter-century now,
amazing us each and every day with its experimental abilities like long exposures, multiple
exposures, lightning-fast zone focusing and so much more, and we can’t wait for you to
experience this loveable live-wire’s creative magic, too!

STEEPED IN ANALOGUE HISTORY
No one could have predicted just how far shock waves would be felt around the analogue
world when a group of footloose Viennese students stumbled across the LC-A camera in 1992.
25 years and millions of stunning pictures after that fateful encounter, the LC-A still stands
proudly at the creative core of Lomography.