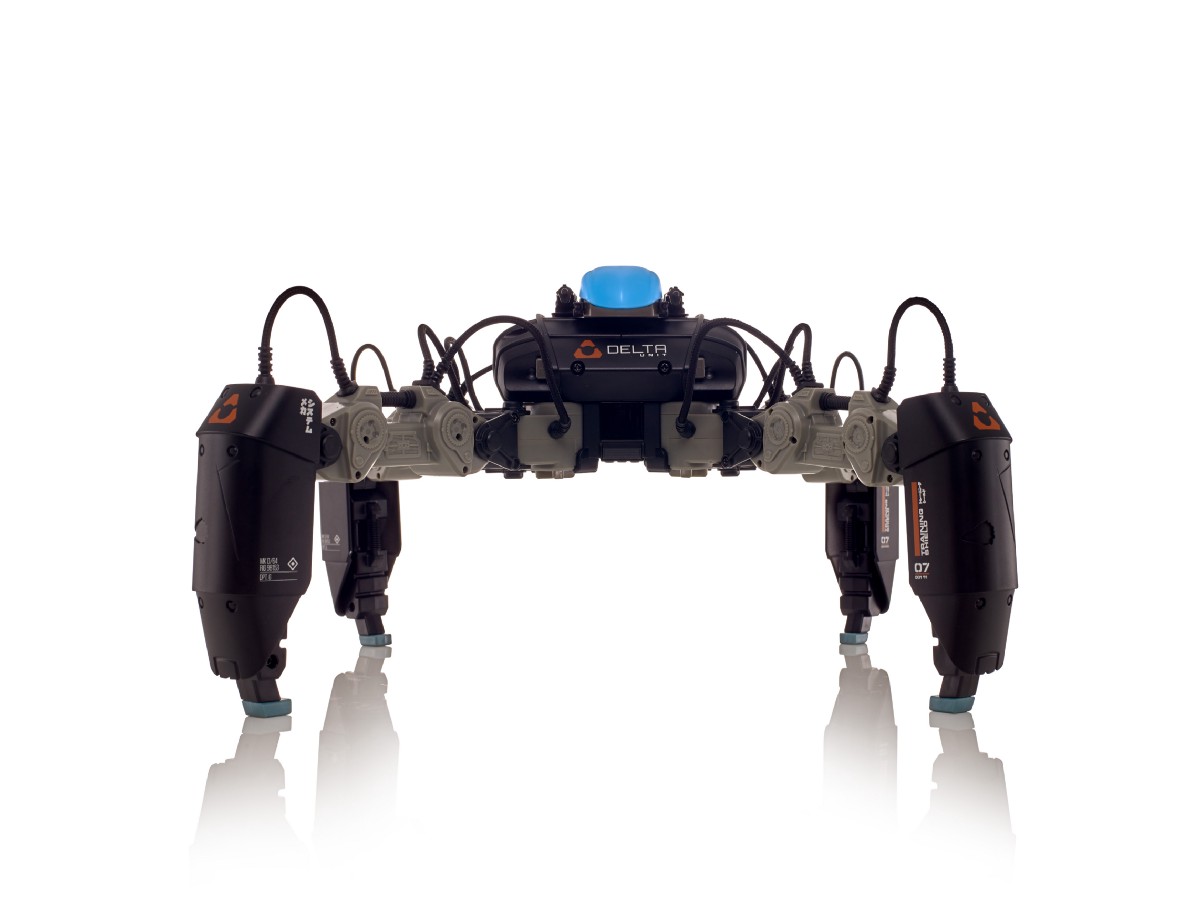 The MekaMon robot is unique as you can use it simultaneously in both the physical and virtual worlds. In doing so, it moves gaming into a new category, one that combines augmented reality and robotics. Inevitably comparisons will be made to Pokemon Go – but this is an entirely different experience and turns a sitting room into a fighting zone as the MekaMon robot goes to battle in front of you.

Reach Robotics, the augmented reality gaming company developing the ‘future of gaming,’ today announced that their flagship product, MekaMon, the world’s first real-life gaming robot, is now available on Apple.com, select Apple stores in the US and UK, as well as MekaMon.com for £299.95.

By incorporating augmented reality into a robot, Reach Robotics has created a new branch of gaming – one that totally immerses the player by putting their four-legged robots into battle in both the physical and virtual worlds.

“We’ve created an entirely new video gaming platform,” said Silas Adekunle, CEO of Reach Robotics. “MekaMon straddles both the real and virtual worlds while taking the gaming experience beyond a player’s screen and turning their sitting room into a limitless robotic battle zone. MekaMon represents a quantum leap forward in the leveraging of augmented reality. Players can whip out their smartphone to battle their multi-functional, connected battlebots in the physical and virtual worlds at the same time.”

Beyond creating an entirely new category of entertainment, gamers also get to benefit from the MekaMon robot’s unprecedented and sophisticated degree of movement.

MekaMon Specs and Features: Smartphone Compatibility: MekaMon can be enjoyed on updated iOS and Android devices and uses the phone’s camera and infrared sensors for precision game-play.

Portability: Each robot weighs approximately 2.2lb, is 11.8in x 11.8in x 5.9in in dimension and has a removable, rechargeable battery for at least one hour of non-stop play-time.

Choose your World: Gamers choose whether to play in the real world or augmented reality – once battles starts, the robot is free to move and use any object in the room (e.g. tables, chairs, other toys, etc.) to block and/or hide from attackers!

Customisability: A MekaMon robot can be customised to suit a user’s individual playing style, adding weapons or shields to create more aggressive, defensive and technical capabilities.

Additionally, MekaMon will feature full compatibility with Apple’s Swift Playgrounds coding app, allowing users to control their robot with real Swift code. With Swift Playgrounds, users can learn and implement fundamental coding concepts to control Mekamon’s startup, shutdown and movement capabilities, custom reactionary animations and more. This not only gives users the chance to learn how to put together more complex coding commands but allows each person to define completely unique behaviours in their MekaMon.

How AI Will Affect the Future of Work