Review – Saturn 10 Pro. Power users look away,you get what you pay for. #Tablets 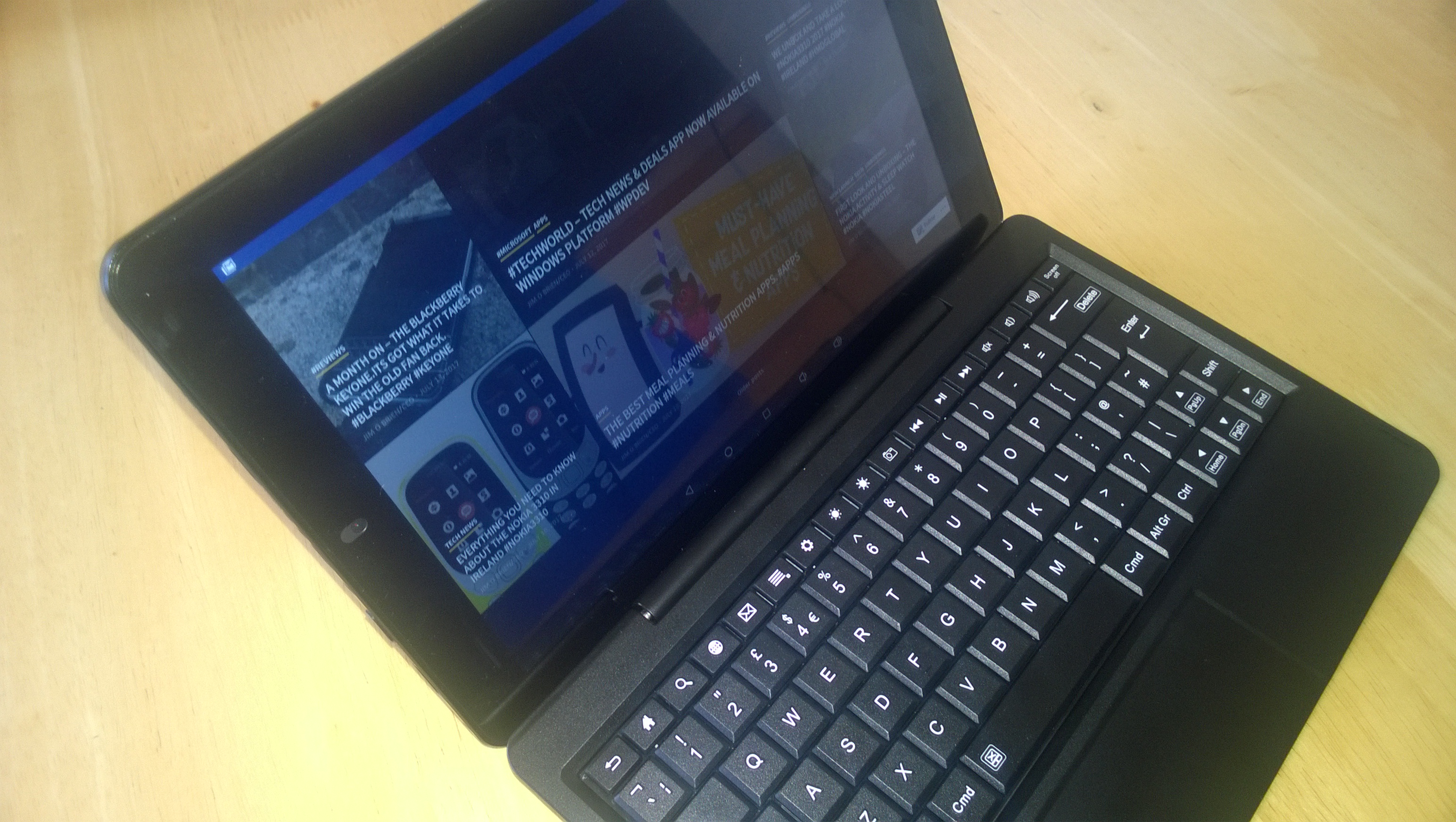 Tablets are popular and actually beginning to get good and can in some cases replace laptops,this is of course due to the user and their needs and the tides have turned for laptops with and people opting for a bigger tablet instead. I have a few tablets myself and of course my big phones which in most cases keep me away from my laptop.. So like phones we  have specs and prices to consider with the iPad being continually been pushed and touted the best there is BUT there  is other options and remember how locked down iOS is so it’s not for all and Android tablets out there today are just as good and of course we have Surface which again like what Apple offer overpriced in my book.

I like to use a tablet for either travel or just lazing about the house and this tablet with keyboard is something you will love or hate depending on your needs, If you are power user move along now Im going to get that bit out of the way there is just no point in considering this but as the saying goes you get what you pay for and this is true to form here even though you get a keyboard with it which by the way is a good move rather than like others charge an additional hefty fee like Apple or Microsoft would do just to mention AGAIN…

This tablet would be ideal for those just browsing at home or using social media it’s by no means a workhorse but then again its the price you pay. If you have kids it’s also ideal this is built like a tank to be fair and it has a bit of weight to it too which can be forgiven but kids will manage just fine.

If you are watching media or Netflix for example it would suffice provided you have strong internet so I cant fully state the constant buffering issues I suffered because my internet is woeful its an ongoing issue i am trying to get sorted. Though this proved an issue once again casting from this table to my TV which even this had severe lagging issues but I can’t entirely blame the tablet..

Where i did notice lag was just doing general tasks even typing,the words would finally catch up with my inputs on-screen which was annoying but it was not a constant issue and again depending how many tabs I had open which is on average 8 to 10 which would be things I would use like social media and email.

The keyboard is actually nice to work on albeit some things moved about but I got over it quickly enough and was able to type like a boss after some use on comparison to my person laptop or desktops here at home. The trackpad was a bit on the slow side even after changing the sensitivity settings and no right-click or longpress  like you would find on your standard layout but there is of course other ways to do this which again takes time to become custom to and enjoy the same workflow and speed on your current home set up but overall time heals all shortcomings here.. In some cases found negative repsonses to clicking and found myself using the screen to overcome some of these shortcomings which worked all the time…

The camera and video

OK its dreadful… Yes but for me its not a problem because I am not one of these who like to carry my tablet in the street like a tourist and wave it in the air taking pictures and videos. However this is now becoming a trend you will always see people with their tablets in the air these days and its something to get use to even though it looks ridiculous but that’s how I have always felt about that scenario so don’t take it to heart or personally if you have a tablet in your back you most likely have a phone..

See some samples above along with settings range and judge for yourself.. Again most tablets in fairness fail in this department anyway so its not a dig in itself at the actaul product when you compare to a mobile phone in 2017 and the front facing camera is no better here either with good light comditions you will get a passable photo..

Its got plenty but nothing comes in the box such as a mini HDMI cable and one highly annoying thing that needs to be wiped out is god dam  MAINS PROPRIETRY CHARGING.. You loose your power lead you are done meaning you need to cough up for a new one this is Android albeit and outdated version like….HOWEVER… You can charge via micro USB so all is not lost but it will be a slower process.. One thing which was nice to see was the standard USB port present which can be handy for some folk..

The Screen is not so bright but will suffice again its down to the price but you can enjoy content on it at a satisfactory level. For a 10.1 inch screen there is plenty of estate to get a decent viewing of whatever you might be at be it You Tube or Netflix for example. One annoying thing to note there is no tap to wake or hit key to wake you will need to tap the power key but its not a huge deal but a tad annoying..

The speaker on the rear is “Just OK” I found it very tinny at most levels but overall its fine you have a headphone socket present so this is another option if you dont want to pee off your family or friends with blaring your own prefrences in a room and with headphones the sound is ok actually..

Overall its a tablet you will love or hate and it is unsual for me to have this conclusion and thats how I feel about it Its got many good points and bad ones too but for the price its not a bad buy to be fair but just dont expect to run heavy games or use it for  multitasking as it will let you down more often than you think but this is down to whats under the hood ( Spec sheet above)  but other than that for the money and if you have kids and just like to browse the web and do social and want something solid this will do the trick and performs quite well at those tasks . What’s an additional bonus here is you get a keyboard with the tablet which comes in cost effectively and not trying to fleece your pockets with an additional purchase like others in the market do.