A month on – The Blackberry KEYone.Its got what it takes to win the old fan back. #Blackberry #KEYone 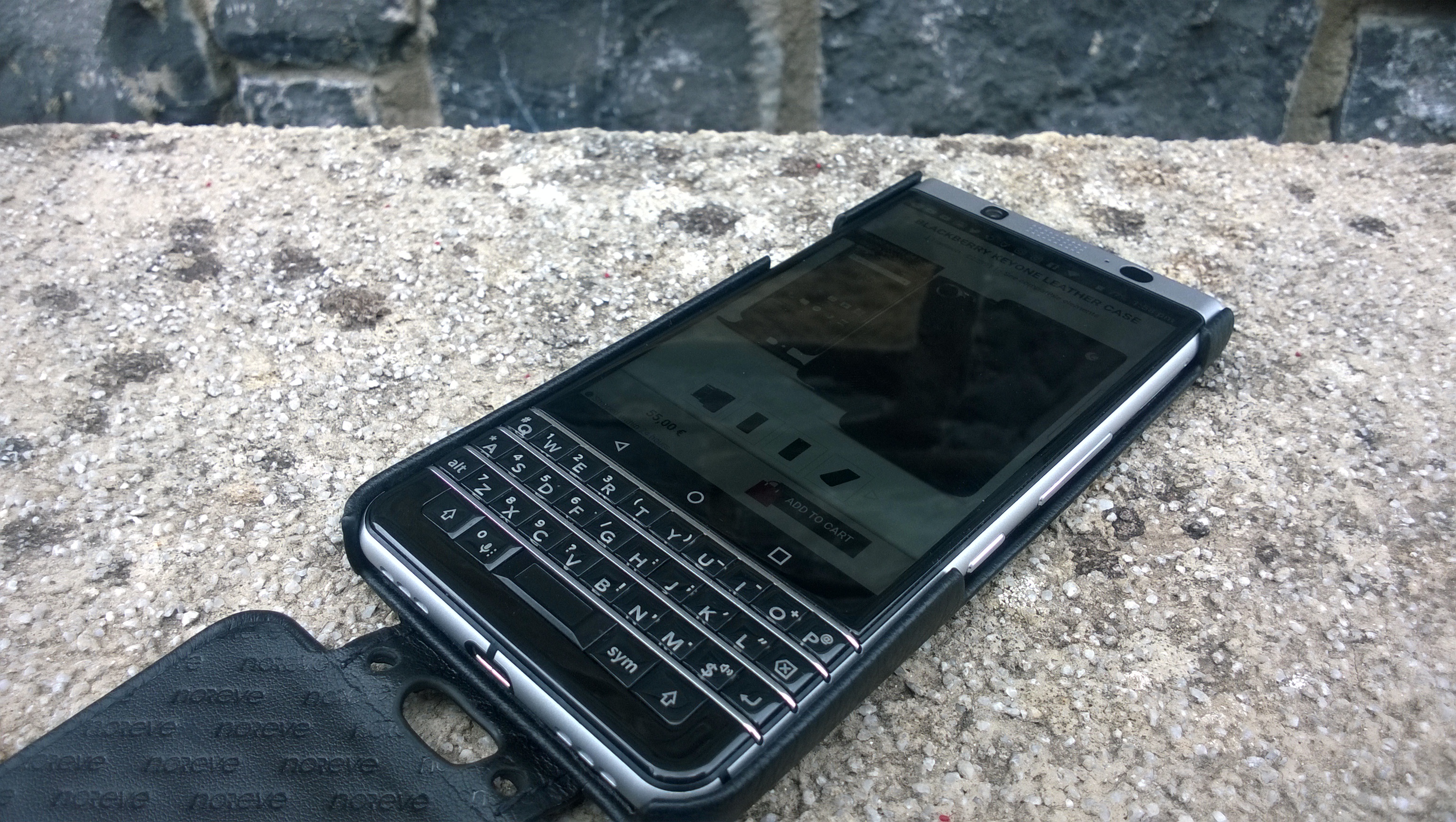 I have been Anti Blackberry some years due to how they left the market here in Ireland but then the Blackberry Passport Silver edition and standard came along and I was admitedly the first to moot it… It is true what they say things look nicer in person than they do on the internet and when BlackBerry sent me the Passport well my opinion changed very rapidy, To this day for me its been one of the best smartphones I used in a long time and I go through alot of them. The passport had its quirky looks and shape which of course meant the screen and the KEYOne has some of its traits and mashed up with the Priv but it stands out,looks good feels good and battery life once again is a strong feature here..

Just like the Passport its got it in one, Its solid robust an this has a metal body and the back cover has the best feel to any phone I have used with its soft rubbery touch it gives great grip,this texture was also present on other Blackberry devices made recently which is excellent and its a phone that does not scream “BUY ME A CASE” because you dont need one and Im glad I did not get many from our suppliers after the Samsung S8 plus run with cases, However i still advise get one for heading out and about just to be sure, We reviewed the NOREVE LEATHER case for this device so check that one out. Overall the phone is solid,you can feel it and thats not a bad thing.

A thing of perfection be it small, Hoever it took a few days to adjust,The blackberry passport keys where simply perfect for fast typing these however are bigger than the priv and smaller than the passport but more clickly and responsive but after a few days of thimb lag and soreness I got used to them quuckly and could type like a pro. It really depends again of finger size and for me with sasauge fingers well I made it in the end. Not all was bad because you can use the virtual keyboard too which is great so be it their own stock keyboard or swiftkey you have choice galore atop the physical one. Also we have a trackpad built in with a fingerprint scanner which both work amazing fast and this gives you full use of the screen estate being 4.5 inches you would need it, FP scanner is very fast and worked flawlessly during my test period.

For me its too small but its intended market its not an issue, I like big screens and this took getting use to coming from near 7 inch screens and the Samsung Galaxy S8 Plus. If you are into VR you can forget about it too which would be an issue should I use just one device so for thoe who want to exlpore VR move along unless you have a spare phone at home to join the VR club. The screen ratio on this is odd like the Passport but over time you will adjust only though if you are not into or coming from the huge screens on offer this screen is 4.5 inches with 1080 x 1620 a 433 ppi pixel density with IPS LCD so it was a bit darker than whats on offer even with the brightness turned up it seemed drk but again it would pass over time. It is tough but we have seen videos with the screen pop out, I dropped my phone twice nothing happed and again in the real world I would not be doing exploratory pointless test just to prove how touch it is, Any screen can get damaged on a fall its just luck on how it lands.

Sometimes laggy depending on what you throw at it. I am not a heavy application user or gamer and mostly used social media ,docs or note taking apps and spend a bit on you tube at time when multiple tabs where open and we are talking 15/20 tabs here it did buckle under pressure at times whether or not that was the apps I was using or that dam stupid Facebook app which even locks up S8 Plus I dont know, It did tell me Twitter and Facebook where problem apps. Its powered by a Snapdragon 625 chipset and the CPU is Octa-core 2.0 GHz Cortex-A53 so in fairness for anyone who is into the above they will be fine to top it off the battery is fantastic yet again which for most is now the deal breaker these days clocking in at a 3505 mAh which lasts a full day no problem. Storage too is adequate with 32GB of on board and expandable to 256GB which for most is plenty and of course there is 3GB of RAM. Its by no means a slouch..

The Camera and Video

whilst I am by no means a camera expert nor claim to be for me it takes great images and video see the samples below only DLSR types would pick at the specs and images here but for the normal joe soap they will be pleased at the performance overall, Even the sound quality on recording is greatly reproduced. From using several phones it does no match the Galaxy S8 P but its up there with competitors and thats just from visual inspection and not going by touted lab test results which we normally see from you know who and have failed miserably in the past but thats an argument for another day.. All shots and video are taken on default mode so messing with the many features was used You can just point and shoot….

Who is this for

Anyone, particularly the old fan who have not yet moved because of the Android change, You need to wake up and get along with times there is lots to offer here SECURITY being the one of the most important features on the phone with DTEK, Alongside Blackberry Hub too which some folk dislike and I can understand why when it works it works,sometimes its behind but who sits on their phone waiting for it to notfiy you or your next photo like you can of course use the default gmail account for example DTEK works for the most but you can fall back like I said, For all the other things its a great phone,given its small screen which will bother some and even for me it was an issue but I got over it I still prefer the bigger screen for media consumption but I can cast to my TV if required its a swings and roundabouts phone you could say,its solid its got the power to ditch battery anxiety and it just looks dam good, It stands out from the typical boring industrial design we have come accustom to and it does everything else and other mid tier – high-end phone does with ease aside the odd lag..

If you are a Blackberry fan of old have not moved across yet this is the time to do so if you really like the traditional keyboard and power behind,There is a full suite of apps from Blackberry and MS if you are afraid of loosing out. If you dont STILL like the idea wait for the next model which we will probably see at IFA this year or even another colour in its current form.

If you fancy picking one up the best prices are at CloveUK or John Lewis both which will ship via parcel motel.