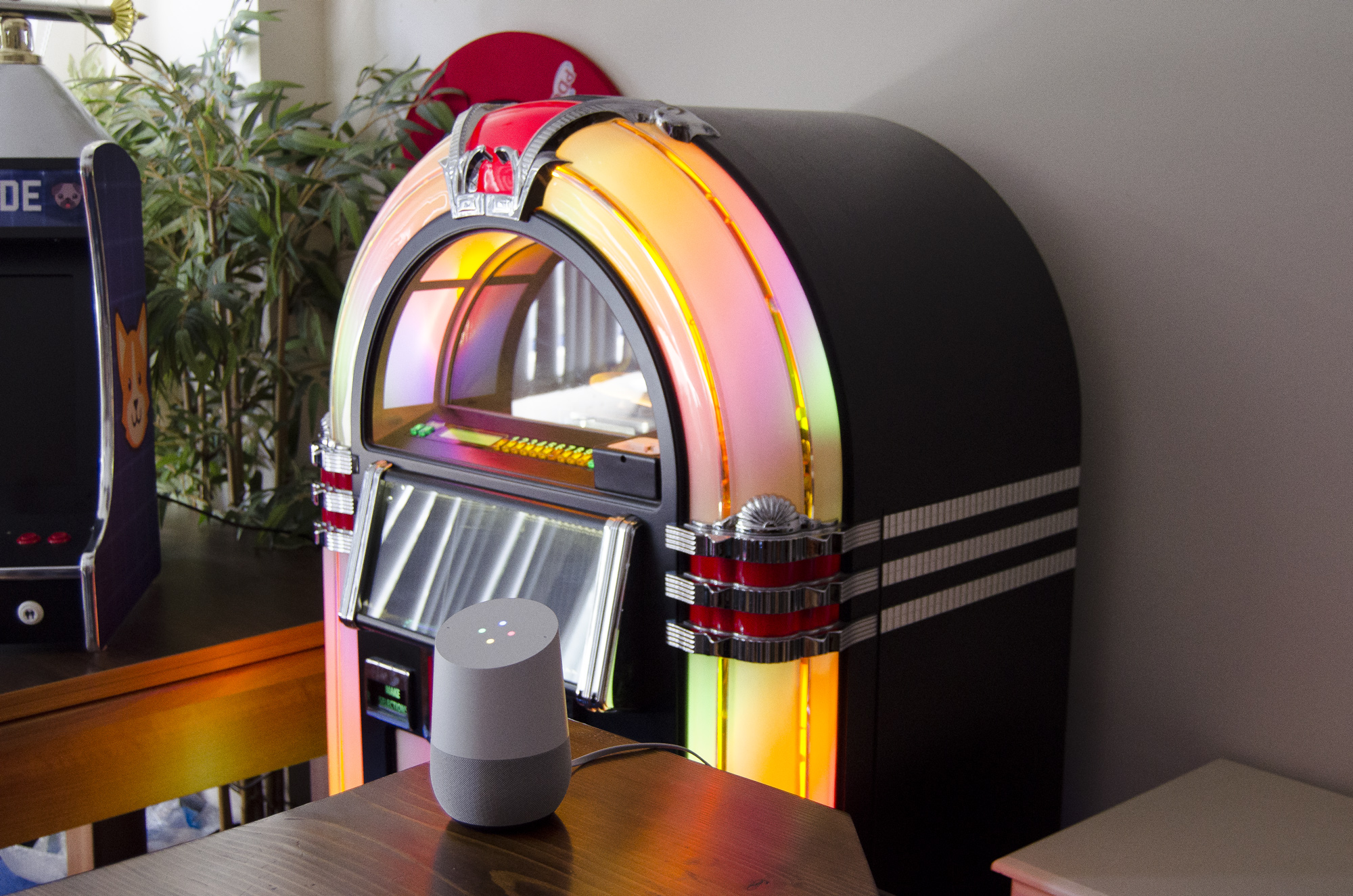 At Liberty Games, the Google Home has been pressed into service as the ultimate games room assistant. Aspects of the games room have been cleverly automated and controlled with voice commands alone, using specially-programmed custom commands and with Raspberry Pis and a Chromecast interacting with the machines.  Will Jobbins tells us more….

Using Google’s online testing tool, Liberty Games created a series of Actions, which are essentially apps designed to make the Home compatible with the machines in the games room. Part of this was programming the command, so that the Home knew what was being asked of it, and also programming the response, so the Home responded correctly and forwarded the demand on to the server that controls the machines.

The result is, firstly, an air hockey table and a foosball table that read out the current score on demand. Both are fitted with infrared beams in the goal mouth that detect a goal when broken. The beams are wired into a Raspberry Pi which keeps a tally of the score, so when given the command “Ok Google, what is the score?”, the Home responds with an accurate response: “The score is 1 – 0”.

Next, there is that glorious Rock-Ola Bubbler jukebox. This was simplicity itself to set up. A Google Chromecast is plugged into the jukebox, enabling streamed media to be transmitted through it. Then it was a simple process to rig up a voice command which connects the jukebox to an online streaming service like Spotify, and request specific tunes, genres or artists on demand.

The Cosmic multiplay arcade machine is built with a coin mech, but also features a ‘freeplay’ button that adds credits to the game. In order to add credits, a Raspberry Pi, on demand via Google Home, sends a signal to the game board as if the button has been pushed. In this way, credits are added to the game by voice, enabling players to stock up on credits before they even approach the machine.

The last, and most complicated conversion is the coin-operated Supreme Winner pool table. This already has an electric motor which rotates the ball tray when the requisite number of coins are inserted. They hooked this up to a Raspberry Pi so that now, the pool table releases all the balls when requested, ready to be racked up.

With this project Liberty Games has demonstrated the versatility of the Google Home, and the way in which it can be programmed to take control of any part of your environment. And, of course, a voice-controlled games room is probably the coolest thing ever. Right?

See what they have to offer right here https://www.libertygames.co.uk/