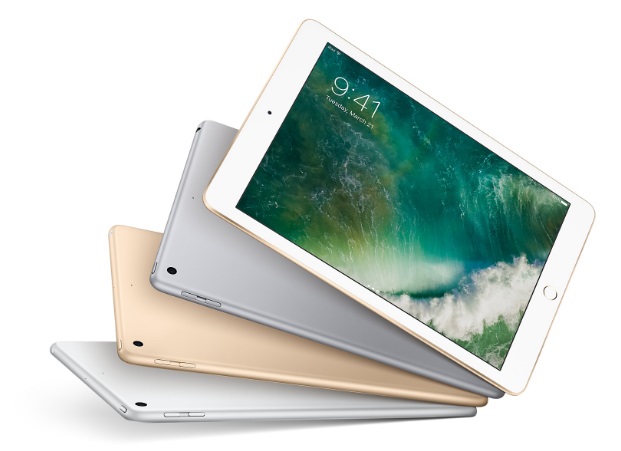 You can order this week the same time as the new iPhone..But again we are fleeced.

Apple have announced a new iPad. Well its kind of new,not much of a difference overall considered the specs on board plus the starting price is €419 for the base model and climbs up to €519. If you go Wi-Fi and cellular it starts from €579..

In their press release…

Apple today updated its most popular-sized iPad, featuring a brighter 9.7-inch Retina display and best-in-class performance at its most affordable price ever, starting at $329 (US). Designed for unmatched portability and ease of use, along with incredible performance and all-day battery life, iPad is the world’s most popular tablet and the primary computing device for millions of customers around the world. Through the more than 1.3 million apps designed specifically for iPad, customers can do even more, from learning to code with Swift Playgrounds and reading books on the large screen to boosting productivity through Microsoft Office and using multitasking features like Split Screen.

“iPad is the world’s most popular tablet. Customers love the large, 9.7-inch display for everything from watching TV and movies, to surfing the web, making FaceTime calls, and enjoying photos, and now it is even more affordable,” said Philip Schiller, Apple’s senior vice president of Worldwide Marketing. “New customers and anyone looking to upgrade will love this new iPad for use at home, in school, and for work, with its gorgeous Retina display, our powerful A9 chip, and access to the more than 1.3 million apps designed specifically for it.”