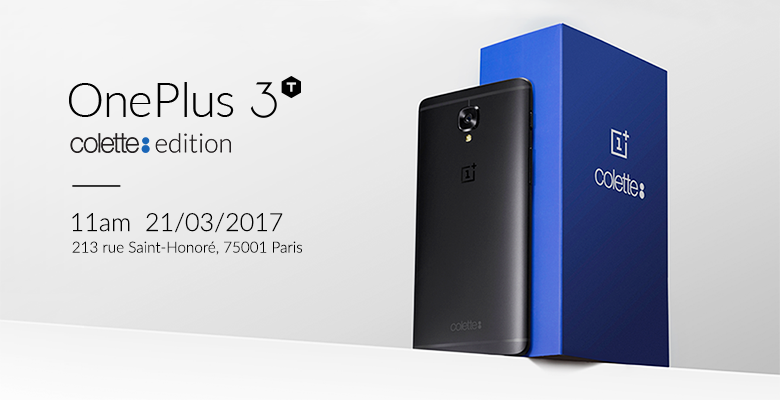 We were expecting a new colour option when we first saw OP teaser a blue dated invite, and that’s “somewhat” what we got yesterday with the Colette Edition.  To the disappointment of fans around the world we got a blue box. Yes a Blue Box folks and that did not go down well on social..

I said “somewhat” because, it’s a new colour, yes, but not an actual new option.

But only 250 phones will be made, that you can’t buy online.

The only way to get one, will be be in Paris on March the 21st when the store open at 11am local time. So what we have here is a new phone no spec bump An in-store only option that will not be on sale online which is kind of bad form..Big hype for nothing really..

If you want to know the difference between this All-Black version and the other two colour variants, First is of course the “stealth” look and second will be the logo on the back.

Yep, that’s pretty much the selling point of this Colette Edition, inside you’ll find the exact same internals as before on the 128GB models.

And those Two “extras” will cost you €479 plus the ticket to Paris if you’re not there.

But if you are, Will you get one? What do you think of this “Special Edition” device.. Let us know..

As is, owners of the OP3 owners feel shafted with the OP3T launched not so long after but the hype over this model leaves a lot to be desired. Hey if the phone was Blue, it would have went down better….