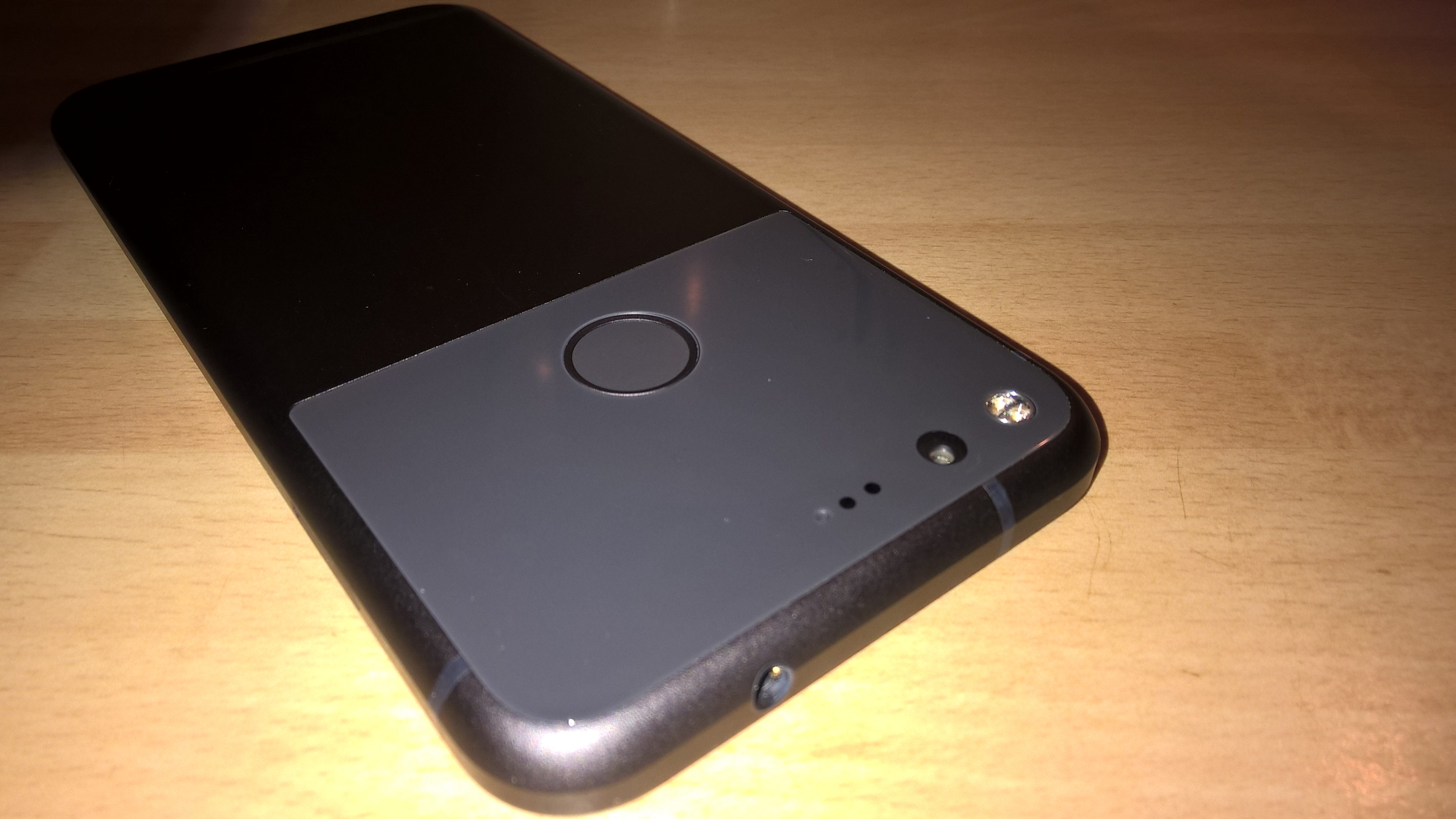 I have been using the Google Pixel the last few days and so far its been pretty impressive although I have found the battery a bit on the weak side not seeing a full day having said that I am a power user so its not often I get a FULL days use from any phone without having to top up at some stage in the day.

With Nougat 7.1.1 out of the box it comes with some nice touches within the UI like tapping an app for instance and sub menus pop up on screen,this is akin to Apples force touch,hopefully more apps have this feature, the is also a few gesture features built in too like the fingerprint scanner acting on the double dragging down your top menu.

The two tone look on the back is actually nicer in person than seeing it in images and I like it although its a fingerprint magnet (the top piece is glass) however most people will put a case on the device so you can excuse that,We do have some case reviews on the way so stay tuned for those.

The camera set up is not bad either featuring an 8MP front facing camera and 12MP rear camera and it shoots decent snaps, USB TYPE C maybe a caveat for some which means having to change all cables at home but I am now in transition here with having 3 devices using this type but was slow off the mark and its here to stay and we may get use to it,It will be better in the long run with faster charging and data transfer..

The build quality is good its kind of a hybrid between the iPhone and a HTC with both looks and feel,Though the antenna lines take the look off it its solid and very light it must be said. We have the headphone socket present and then on the bottom we have ONE speaker, Given it loos aesthetically better with the two ports this long used technique is now becoming annoying leading some folk to believe you have dual firing speakers when you dont,the speaker itself is not as loud as other but its not bad either..The downfall on its placement is its downward firing so if in a shirt pocket or playing games you will block it..

Overall given its 5 inch display which is smaller that what I am custom too I have gotten use to it and can manage fine but will look forward to the XL later on this month. So far its been impressive apart from the battery life (2770mAh) but its super quick and smooth and if I am honest it still does not deserve the asking price, Google need to wake up here and think about what they are doing next and dont follow Apples lead with unrealistic pricing if they want to gain foothold..