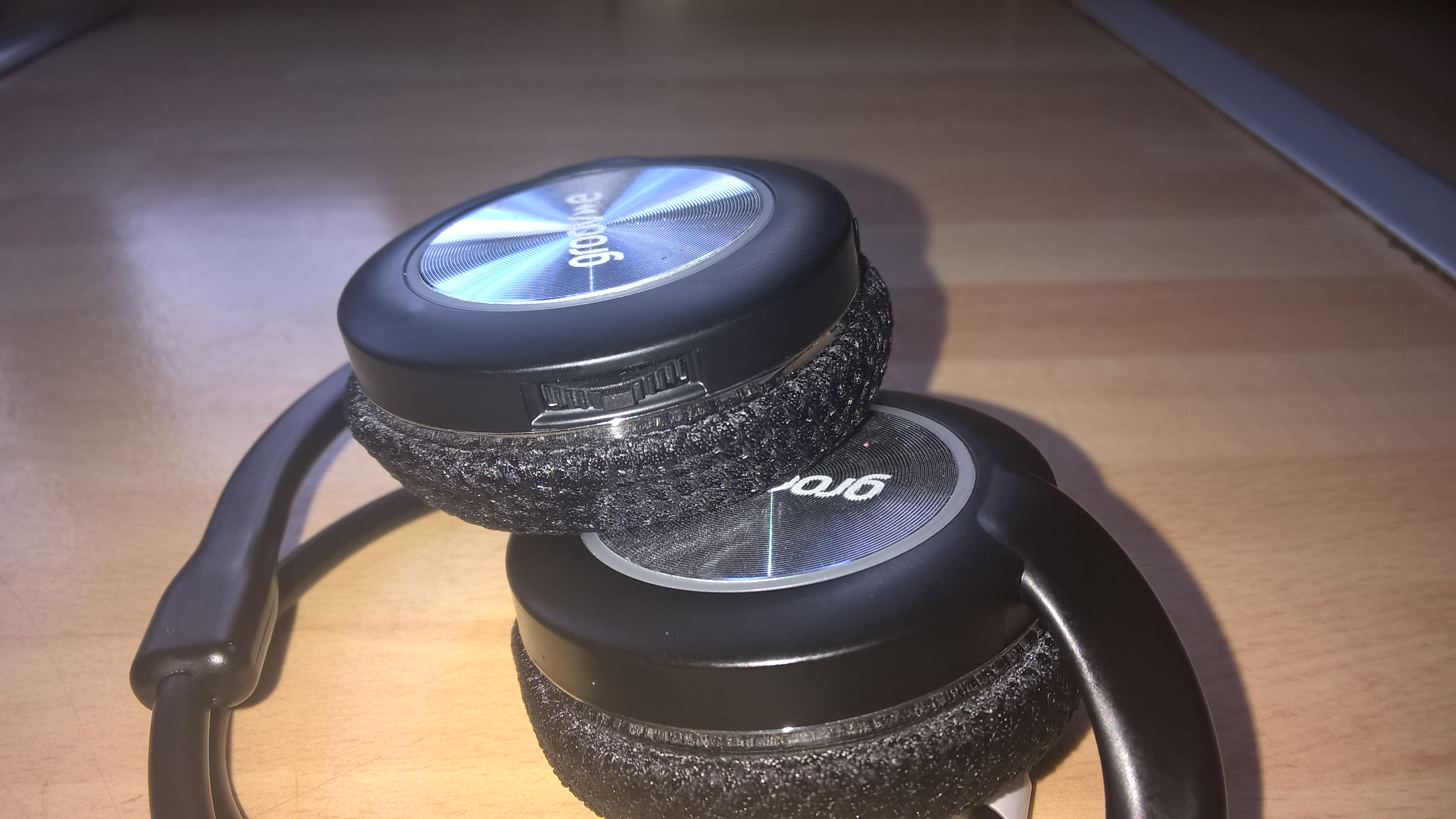 This is our second outing with Groove-e this week and this time around its the Motion Sports Bluetooth Wireless Headphones (GV-BT-300) that also have a built in mic..

This is a nice little package and again like the Fusion well presented with info detailed front and back and comes in a nice box that opens out again displaying the product..Like I said before presentation is something I like to see which leaves the consumer thinking they have put an effort in…With these you also get a carrying case which is great plus the usual cable requirement and instructions.

Light very light.. They dont look a million dollars but they do a good job. Constructed well these would take a few knocks should the happen to fall off or if you drop them. They fit nice and snug around the ears and you will forget they are there in no time. Padding on the cups is quite minimal though with a thin layer between. You can remove this and all the glory is revealed which reminds me of yesteryear for some reason. See image below… Though in fairness overall they are lightweight and comfy..

They do just what you want them too. They have a volume toggle,mic, and micro USB charging port. Everything is placed on one side too which is great and to turn them on/off and pair you tap the outer silver disc which changes colour when paired,switched on and off. They is again no audible notification here but short beeps to distinguish the status. Overall like the fusion they are simple to use with all functions kept to one side which is good.

Honestly they are just OK. They are not loud.. Having said that like the fusion they offer a good sound all round with no distortion on max volumes they again have no real deep bass but sound in general for highs,mids and lows was accurate and crisp so I can complain though as those know me for my love of loud cans and so on for the average user they should fit the bill… Calls where fine too and they where crisp and clear I must note even though I just tried with around 4/5 calls when testing,

They do the job and not expensive so for those who are just starting a fitness craze or if you do not want to go head first with and expensive pair to try out first these would fit the bill. They are actually discreet looking to and as I said after a few minutes you will forget they are there, They also stay put and didnt fall off this is down to the simple design and they nestle comfortably on the ears and when not in use fold back up into a neat package you can put in its carry case and again not bulky and small and can fit in any pocket..