Are VPN connections only useful to bypass geo-blocks? By @IPAddressGuide #VPN 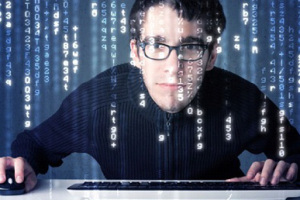 Guest Post by Thomas Stein.   Are VPN connections only useful to bypass geo-blocks??

I first heard about VPN services and VPN connections back in 2012. It was Summer Olympics in London and I wanted to watch the Hungarians win their gold medals on Hungarian TV online.

Unfortunately I lived outside Hungary at that moment and could not access the Hungarian TV station to watch their live streams from the Summer Olympics. It wasn’t an error with the feed, it was simply a so called geo-block (geographical block) causing the problem. As I visited the website of the Hungarian TV station they checked my IP address. Discovering that I was located outside Hungary they gave me an error message telling me that this stream was unavailable for me.

Luckily my brain quickly understood that there was a way to bypass this geo-block, by getting myself an IP address in Hungary. I quickly found out that a VPN connection was the solution for me, and thus I got myself a VPN subscription and got myself a Hungarian IP address. A few minutes later I was watching Hungarian TV online from outside Hungary.

That was four years ago and I still have my VPN subscription. But, is a VPN only useful for those in need of bypassing geo-blocks?

Is a VPN only useful for those in need of bypassing geo-blocks?

There is little doubt about the fact that a high percentage of the users signing up for VPN services do it for this purpose. But, there are those who actually use their VPN subscription for much more than just streaming content online (which would normally be unavailable). Here I will give you some of the main reasons for using a VPN besides bypassing geo-blocks.

As you will see from this list a VPN is about much more than only bypassing geo-blocks. Do you have any other reason for using a VPN? I would love to have you write even more reasons to use a VPN.

This article is written by Thomas Stein, the creator of  http://www.ipaddressguide.org/  On his website he writes about geo-blocks, streaming services like Netflix and NOW TV, tech news and about Internet security.