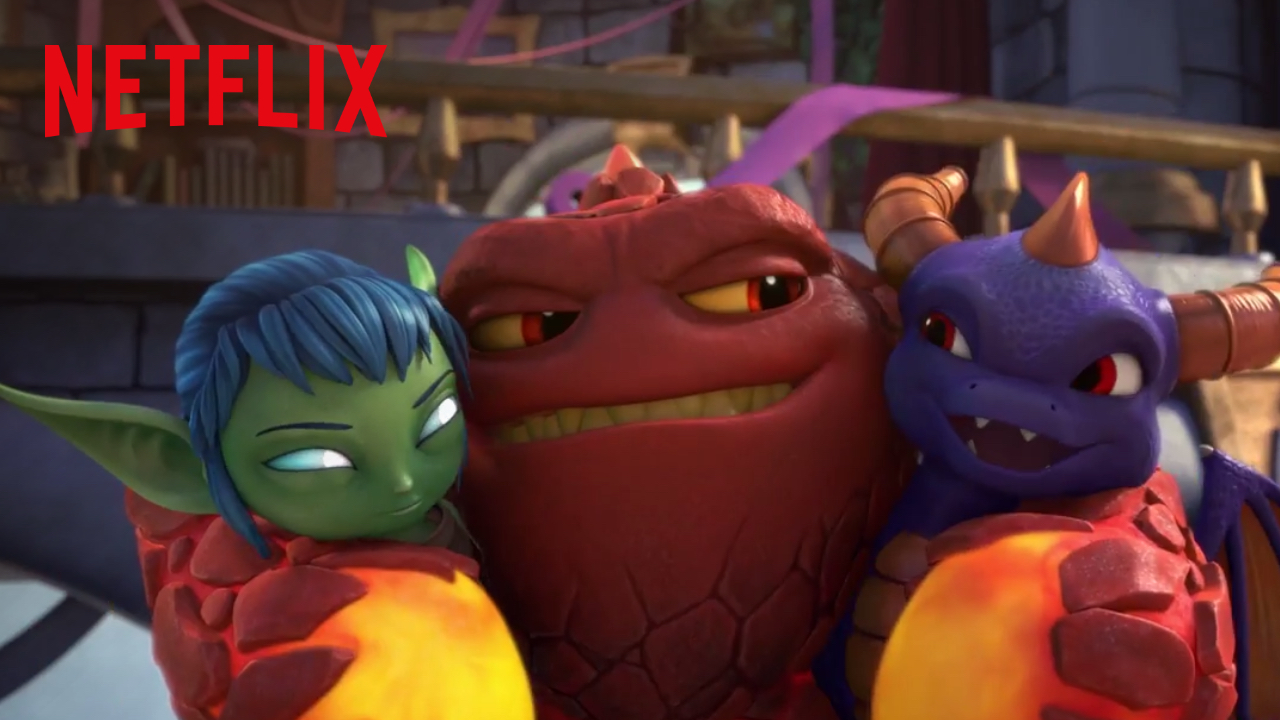 From realms all across Skylands, the greatest young warriors, Spyro, Eruptor, Stealth Elf, Jet-Vac and Pop Fizz, are trained at Skylanders Academy to protect the universe from evil-doers. Skylanders Academy, based on the video game franchise from Activision Blizzard available on Netflix from 28 October.

Based on Activision Blizzard’s record-breaking video game franchise, the show follows the heroic adventures of Spyro, Eruptor, Stealth Elf, Jet-Vac and Pop Fizz as they travel the vast Skylands universe, protecting it from evil-doers.

As darkness begins to threaten the balance of peace in the Skylands, Master Eon is forced to assemble a ragtag group of heroes to protect the universe from evil-doers Kaos and the Doom Raiders. Using their unique blend of personalities and elemental-based super powers, Spyro and his fellow Skylanders are called upon to set aside egos as they come together to maintain harmony and balance in the land. Jam-packed with humour, heart and memorable moments, Skylanders Academy promises to keep viewers on the edge of their seats with epic action for kids of all ages.

Netflix members worldwide will be able to join in the adventure and humour of learning the “Skylander way” starting this Autumn. Season 1 launches exclusively on Netflix October 28, with Season 2 landing in late 2017.