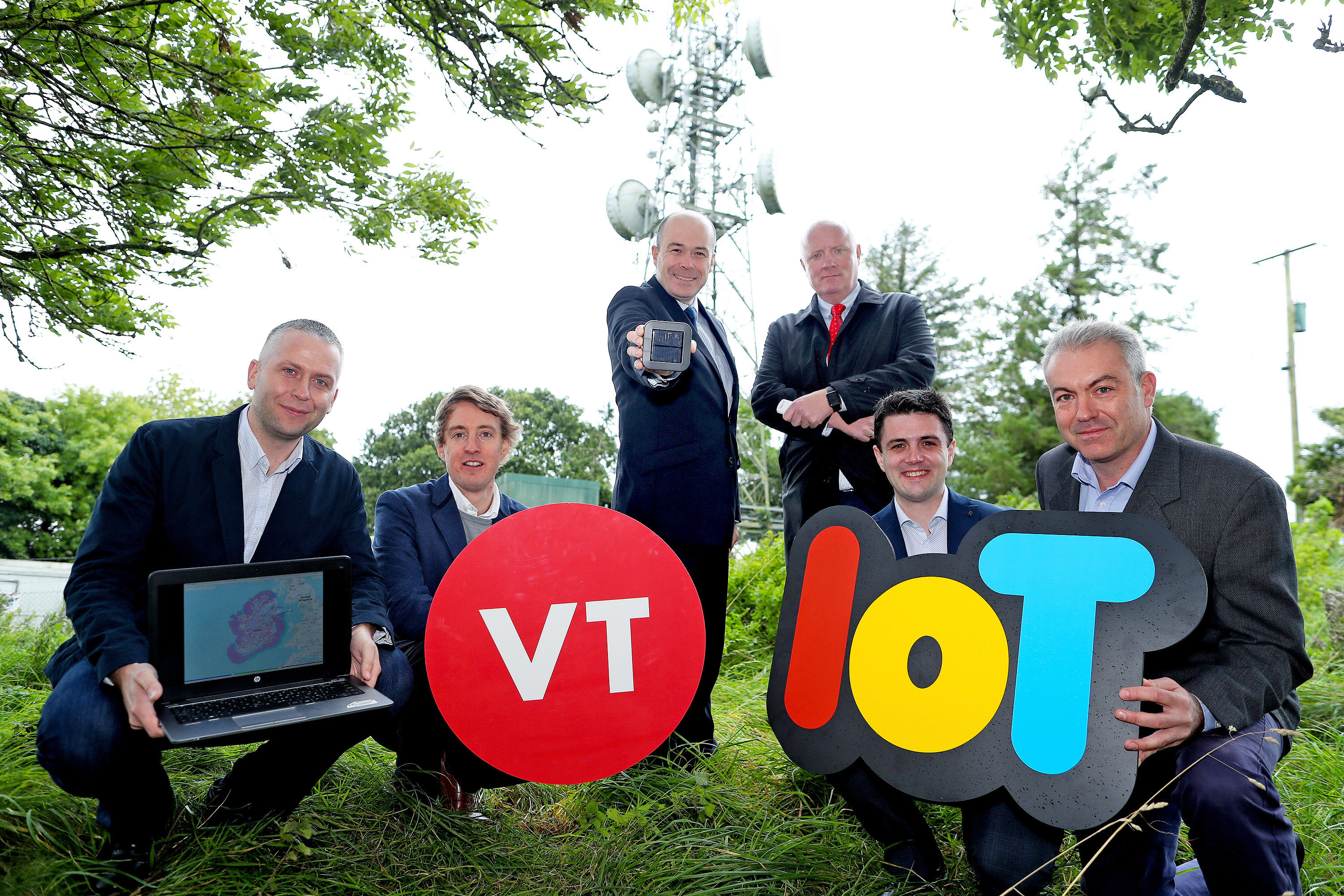 The Minister for Communications, Climate Action and Environment, Mr Denis Naughten TD, officially switched on the State’s first Internet of Things  (IoT) network in Athlone, Co Westmeath today. The network, which is owned by VT Networks, operates through 2rn’s national broadcast and telecommunications infrastructure, which gives it huge resilience, coverage and robustness. 2rn’s involvement has made the fast rollout of a nationwide IoT network possible.

2rn has struck a partnership with VT Networks, which Minister Naughten signed as part of the official switch on today, Oct. 4. In exchange for shares in VT, 2rn provided expertise and use of its national network of broadcast towers, masts and infrastructure. This allowed VT to bring a SIGFOX network, valued at €10 million, to the entire country in a record-setting five months.

SIGFOX is a French company that provides low-power, wide-area networks (LPWAN) across the globe through partnerships with local operators. This type of connectivity is optimized for sensors and simple devices, such as GPS trackers and security systems, allowing them to send multiple messages with small amounts of information. Since users are only paying for the bandwidth needed for these devices, they can be connected for as little as €1 per year. Low power requirements also mean the battery life of SIGFOX-enabled devices can last up to 300 times longer than those that use other connectivity options, such as traditional cellular networks.

Speaking at the switch on at a broadcast tower in Coolderry, Athlone, Minister Naughten said, “Ireland is a centre for innovation and our aim is to stay ahead of the curve. We could immediately see the benefit of having a nationwide network dedicated to IoT devices, covering both urban and rural areas, and hope this will help to cement our place as a country that is leading the way in Internet of Things development. We are delighted to be part of the drive towards innovation in Ireland alongside VT.”

“We could not have hoped for a better partner than 2rn to bring this new technology nationwide,” said VT CEO Mark Bannon. “Our partnership ensures businesses, homes and farms across the country will benefit from IoT.”

Dee Forbes, Director General, RTÉ, said: “I am delighted that 2rn has been able to assist in the deployment of Ireland’s first national IoT network, which will enable the important development and deployment of new products and services across rural and urban Ireland.”

“Our experience and knowledge within the connectivity space convinced us that bridging the gap between the physical and digital worlds would require new forms of technology. We are proud to be partnering with VT Networks, and we share in the vision of helping Ireland become a global hub for IoT development,” said 2rn Managing Director Mick Kehoe.