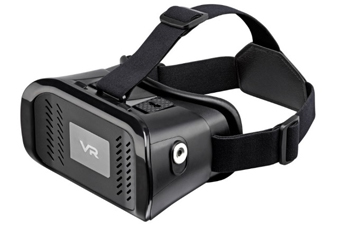 Everyone is jumping on the VR bandwagon make no mistake about it and now the Carphone warehouse have too,Considered they do sell plenty of headsets themselves it was only a matter of time before we seen this happen and probably up next will be the networks…

Called the Goji Universal VR Headset its compatible with a range of handsets, for just £39.99 and will go on sale this weekend instore and online in the UK.. There is no word yet about these hitting Irish stores but one could presume it again will be just a matter of time before we see them here.

Dean Kramer, Accessories Director at Carphone Warehouse said: “Everyone should have the opportunity to try the latest VR technology, so we’re bringing a universal headset to our stores for our customers to experience. At just half the price of some other headsets currently available and compatible with a range of handsets, we’d encourage everyone to pop into their local store where our staff will be on hand to assist those looking to test out this latest mobile accessory.”

The Universal VR Headset from Goji takes customers into the cinematic world of virtual reality, where imagination becomes reality, for just £39.99. Users will be able to fully immerse themselves in a virtual reality environment, enjoying new content in the most engaging way possible with 360-degree videos and 3D games.

Built with soft, cushioning and lightweight materials, the Goji Universal VR Headset is comfortable to wear. It connects easily to earphones whilst the charging cable securely holds the phone in place whilst in use.

The VR headset is compatible with most handsets including iPhone 6 and iPhone 6 Plus. There’s already a robust catalogue of 3D apps customers can enjoy for Android and iOS including games, films, 360-degree video and experiential content. The headset is also equipped with magnetic controls to pause and resume playback so you never miss a moment.