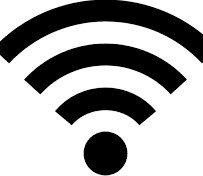 Staying connected in the air is something that everyone wants these days, and even now some airlines are offering wi-fi in flight services but some can be costly,As we are now using our devices more so than ever before the thoughts of not being able to communicate on that long or short haul flight if no Wi-Fi is available is unbearable for some.

Today good news though has been announced and it wont be long before all flights offer Wi-Fi the way things are going.. IAG chief executive Willie Walsh has just announced that the service will be available on 90pc of the group’s long-haul aircraft by 2019.

Aer Lingus already has a wifi service on its Airbus A330 long-haul aircraft, but the four Boeing 757 jets it leases for some transatlantic services will now also be equipped.

The wifi will allow passengers to stream services such as Netflix on their own devices while on board and is promised to be as fast as consumers are now typically used to in their own homes.