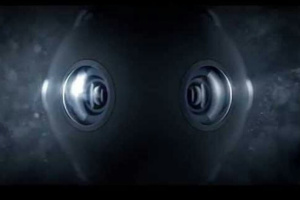 Last year Nokia announced its VR Camera OZO. Last November  it has been available to buy but costing $60.000 which is expensive but its not something the average consumer would use,this is aimed at professional creators and storytellers,this however could lead to something for the average consumer later on in the years which we will have to wait and find out and see with the VR market gearing up this year..

In a press release today today Nokia announce re-sellers  and not only can you buy OZO you can rent it which would probably be a good idea for those interested in seeing its capabilities.

“We are excited to announce OZO’s availability in the U.S. and Canada through three retail and rental facilities,” said Guido Voltolina, Head of Presence Capture, Nokia Technologies. “AbelCine, OffHollywood, and Radiant Images are vital to helping OZO reach the professional VR creation audience, especially in the primary markets they play in. We have carefully selected these first three partners because of their expertise in the space, their relationships with our core customers and their affinity with our vision for VR. We look forward to partnering with them to connect creators with OZO.”

AbelCine is a leading provider of products and services to the production, broadcast and new media industries. Originally established in 1989 as a film camera service and repair company, the company makes technology of all types easier for content creators to understand, access and employ. In distributing OZO, AbelCine is now able to extend this ease to VR content creation. AbelCine provides a host of cohesive services backed by the knowledge, experience and support that creatives require at all stages of production to achieve their vision on time and within budget. Headquartered in New York City, with offices in Burbank, CA, and Chicago, IL, AbelCine’s nationwide footprint serves as an ideal distribution ground for OZO.

OffHollywood is an expert in 4K, 3D, and virtual reality, using its knowledge to support and execute the most technically complex and challenging projects in cinema, television, and interactive content. Since 2003, OffHollywood has provided unprecedented expertise that leverages new technology solutions, like OZO, to maximize customers’ production dollars and shooting schedules. Based in Greenpoint, Brooklyn, the company provides equipment rentals, production services, product development and consulting to its customers, and looks forward to adding OZO to its lineup of state-of-the-art technology.

Radiant Images is an award-winning digital cinema innovator that is gaining recognition as a leader in testing and developing VR and AR technology. OZO will join the company’s extensive stable of custom VR cameras, gear and solutions as the first comprehensive VR camera designed for professional content creators. Located in Los Angeles, the company offers creative, flexible and affordable solutions for any sized project, including feature films, television, commercials, documentaries and music videos. Nokia Technologies looks forward to leveraging Radiant Images’ portfolio of clients, which includes some of the industry’s most skilled and innovative cinematographers and camera operators in feature films and television.