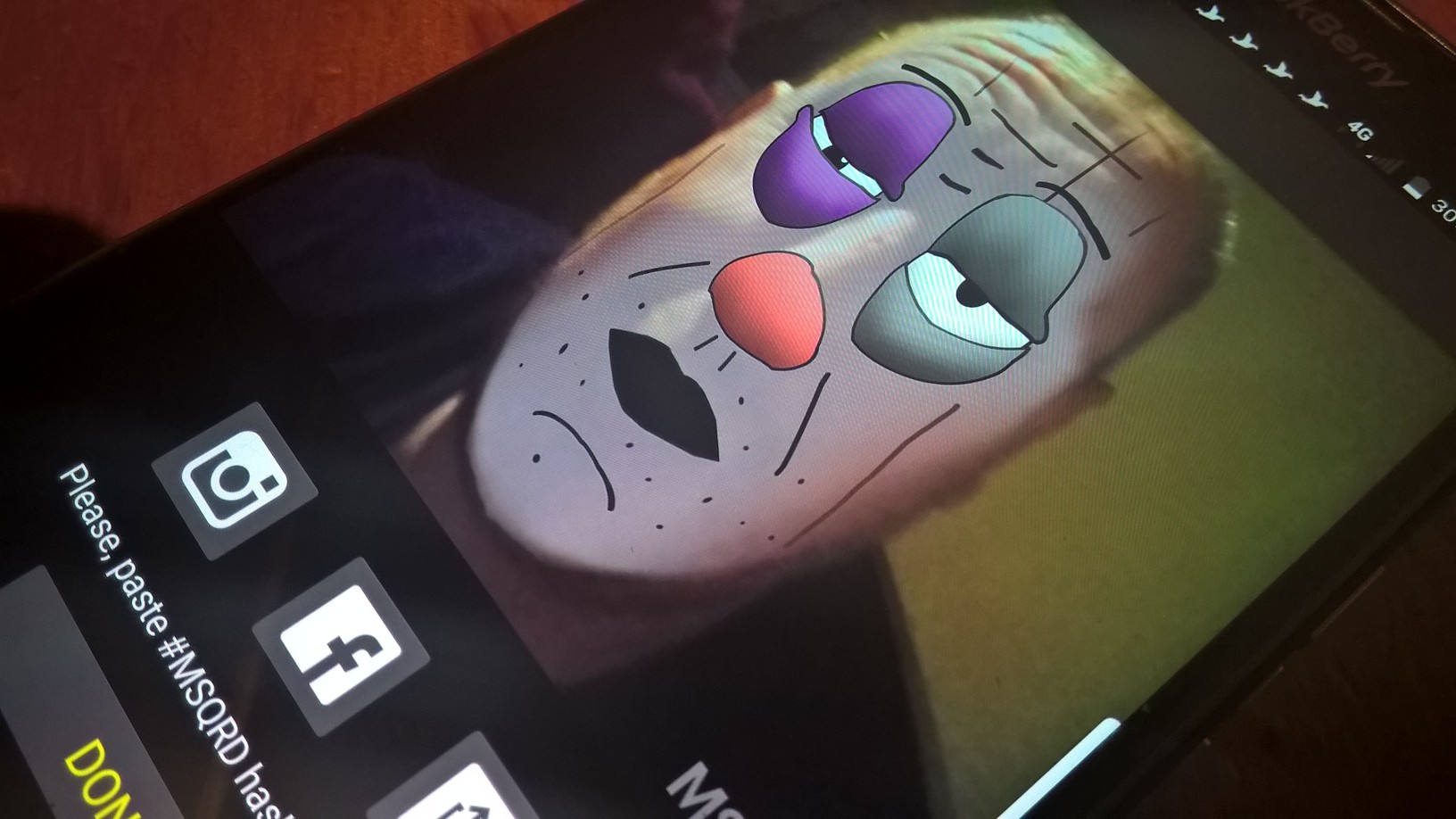 I’ve have used some similar face swap apps over the last year,However I just came upon this app called MSQRD or Masquerade which is on Android and iOS and its pretty cool and fun too..

Facebook have recently acquired this app to keep up with the times and this app can be used to create videos and use other faces on your own,the video aspect though is quite cool which then you can share to social media when done..The app is simple to use which is similar to snap chat Once turned on there will be an indicator on screen to help you place your mush in the best position.. and all you need to do is use your front facing camera and either take a snap or video,There is two icons to pick from at the bottom of of your screen,The app also allows you to use your rear camera so you can catch your mates and have some fun without them knowing. The app would suit those who like selfies and want something more than the norm..The app is a little short on selection but they said they are improving the app.. We have done a sample on our new Facebook Page,come say hi there too..

Video communication is exploding. At Masquerade, we’ve worked hard to make video more fun and engaging by creating filters that enhance and alter your appearance. Now, we’re excited to join forces with Facebook and bring the technology to even more people. Within Facebook, we’re going to be able to reach people at a scale like never before. For starters, we’ll be able to bring our technology to Facebook’s audience of nearly 1.6 billion people. This is a scale of audience we never imagined was possible.