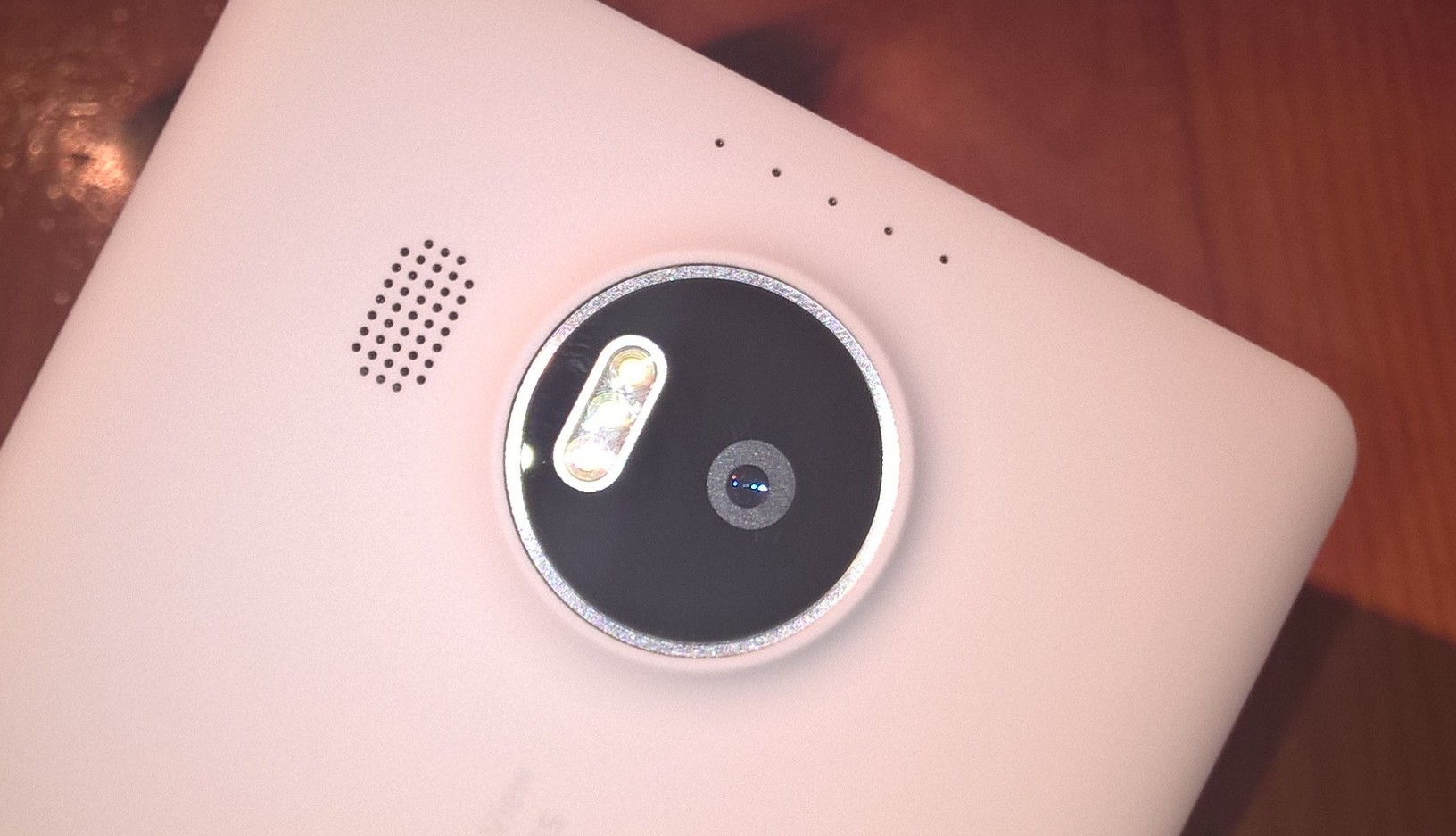 The Microsoft Lumia 950 XL has dropped in and we shall take a look,this is the full package though with a portable keyboard,Arc mouse and Continuum which is the latest interest thus far for Windows Phone fans Hopefully this unit provides some good news as we expect it to be quashed of recent issues. The extras here would not be for everyone considered they do carry laptops with them but I can see its point perhaps not a must for me but I can see the benefits but clutter comes to mind in my workspace should I sport my own laptop on my travels,That said if travelling especially if you are going into the unknown and you have limited access a monitor or PC it would be ideal but the extra luggage factor would be an issue for some I would feel,overall though it works well and is a nice idea and will be welcome for plenty of WinPhans..

The device itself is rather light to hold considered its size but the build quality would play a role here in this,compared to Lumia of past from Nokia I really feel the design and build quality has dropped but that is just my opinion on this matter and its how I feel.Having said that the device is on the big side but feels nice to hold in the hand and easy to use with the one hand in my case. Setting up the device was fine apart from Hello Windows which fails to see my eyes after several attempts but will work on that perhaps in different lighting conditions. The 950 XL does look better than its sister device the 950 from the rear it must be said,perhaps colour has a role to play here which is another thing missing from Lumia of past,those bright colours made a statement but here with just Black and White we are back to the old days again which people once hated.Perhaps being a long time Lumia user and collector I did get sick of the boring Black models I was so used to seeing and when the nice bright colours became available this suited me more so and the devices did get some attention.The only attention and thing that stands out on the 9xx range is the back side of it,from the front it is a bit boring…..

The removable back cover and Micro SD expansion is a welcome move,Some prefer this option and some dont,With cloud being pushed across the board and which some users are not sold on for security reasons for example the option is there and will be used alongside cloud storage which myself have not adapted to over storing things on cards. For now the device seems to be working fine with apps opening quicker than expected having seen some reviews but this is down to many factors such as connectivity and of course a fully working device,it does happen that you can get a faulty device and things might not seem all that well,so we will load it up with some more apps and games and see how it performs from there. As for the camera its good as expected and what Windows Phone user have come to expect with all the trimmings and settings inside,but remember the phone is not all about the camera it is about how the device works as a whole,over the years Lumia devices have been to focussed on the camera and what it can do,it does not work like that any more and with an OS that lack apps ( Especially local ones) all these things add up and moving forward with universal apps changes need to happen and happen fast if Windows Phone wants to regain its market share and until then it still might be too late with Microsoft building apps for other platforms which does not bode well with users..

I still use Windows Phone as a daily driver along with Android and more ( Yeah it is a pain in the ass carrying 2/3 phones daily) and still find it the best looking OS from a home-screen perspective with the Live tiles that give info on the fly and it just makes your device look ALIVE. Looks are not everything though it is how it performs as a whole and how well the OS is maintained..

So what do I think so far?