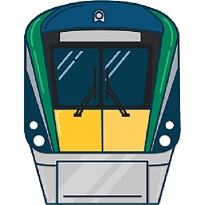 Many of use us will depend on realtime info for either buses or trains today and having the correct info is a key attribute to either. There is several of these apps widely available and indeed some official ones too,this app though was developed by an Irish dev and does use information provided by Irish Rail itself..

Stephen Mc Bride who created the idea tells us some more.

Next Train Ireland (formerly called Next DART under the old Android Market store) is one of the earliest Irish-made Android apps, having been released in mid 2009 before Android phones were even offered by phone operators in Ireland. It has gone through a number of iterations since then but has been a bit neglected in the last two years. I finally got around to working on an update a few months ago and, having looked at the mess that was the codebase, decided to re-write it completely from scratch. Compared to the official Irish Rail app this new app is much cleaner, more intuitive and gets you the information you need in fewer steps. Feedback from new and existing users is most welcome.

App description:
Next Train Ireland is a simple, slick app that will quickly show you train times for any station in Ireland. Incorporating a modern UI that follows the Material Design guidelines, the app has lots of great features such as:
– Comprehensive journey planner showing extensive itinerary information for any journey between two stations
– Fast realtime station lookup with detailed train information to show you what stations a train will call at
– Android Wear support
– Travel news from Irish Rail on Twitter
Check out the Next Bus app HERE which is another creation by Stephen Download Next Train on Android below by clicking the image.