LG G Flex 2 is announced at #CES its also self healing. by @jimboireland #LG #FLEX2 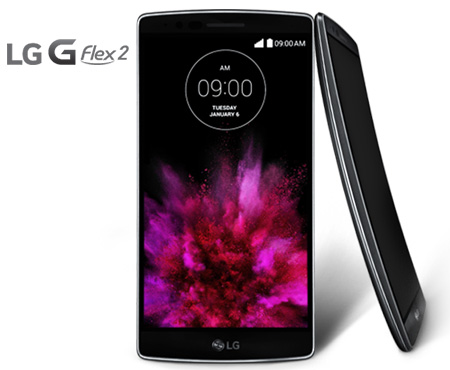 LG sre no stranger to the market today although the mobile phones do not get much love in Ireland despite how fa they have come since the LG G2 and G3 which are remarkable devices that never got to see the light of day by our operators and this left avid LG fans having to import the devices from the UK or EU.

Having had the G3 myself they have really stepped up the mark in the last two years and now offer some strong competition for the likes of Samsung and HTC.

The screen is curved to a 700mm radius and the rear at 650mm.It sports a 3000 mAh battery which should see the average user through the day without and issues,for power users this may vary.It has a special coated glass which was developed by LG and said the be stronger than Gorilla Glass 3..It has an LG Developed P- OLED display and 1080p resolution

The Flex 2 will come with a Snapdragon 810 ,and has Android Lollipop 5.0 out of the box which also will be welcome to potential buyers,It also sports 2GB RAM and will come in 16/32GB variants plus the option to take micro sd cards which will also another welcome addition for those who are interested.

It has a 13MP rear camera with ios and laser auto focus,same as the LG G3 which takes really nice photos.The rear camera is only a 2.1 MP which is acceptable for most.The Flex 2 will be available in several colours such as Flamenco Red and Platinum silver ,its not know if we will see it here in Ireland and mostly likely will not so again we may have to import the device again unless the carriers take it on board,given the past few devices as mentioned before have not been released here this is all we can go on for the moment..

Check out the Flex 2 at LG