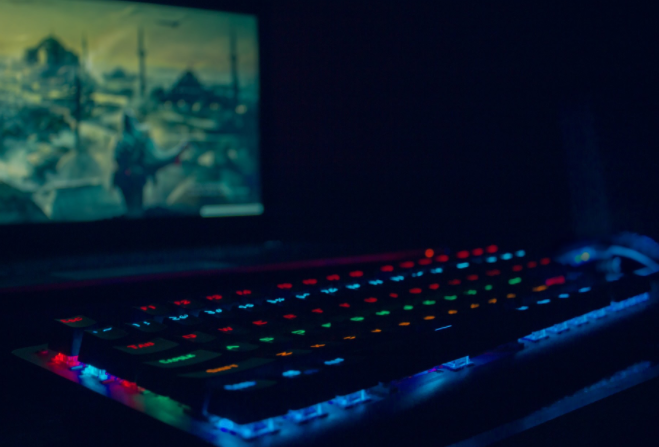 Must-Play Games Worth Trying in 2021

2021 has been jam-packed with brilliant video games. Everything from action to horror to sequels of old favorites, this year has had it all. You can’t forget all the consoles getting some love and a host of new games.

There have been a ton of new games to try on your phone, the PS%, the Nintendo Switch, and of course, your PC. Here are the best games that have come out this year that you should play, and a few that are about to be released.

Deathloop is a unique twist on the time-traveling and action genres. You play as Colt; an assassin stuck in a time loop who must take out eight targets, known as the Visionaries. However, time resets every 24-hours, and if you kill one and the others find out, the mission fails.

Deathloop forces you to plan and investigate multiple areas of the world to ensure that you can kill all eight targets before time resets again when the time comes. It isn’t as easy as you think.

This classic has been remastered in the best possible way. This iteration of Flight Simulator is the best one to be released, with players exploring the entire planet with crisp, clear detail and visuals.

You can fly many different aircraft, take off and land at world-famous airports, and even be tested with changing and sometimes extreme weather conditions. There is no other game that provides a more realistic flying experience.

Village is the much-hyped sequel to 2017’s Biohazard. This game sees you reprise the role of Ethan Winters, who is on the hunt for his kidnapped daughter, who disappeared after a deadly encounter with Chris Redfield.

You then find yourself in a village, where you must not only continue your desperate search but also deal with deadly monsters and creatures that hide in the shadows. Village keeps the Resident Evil aesthetic and feel but adds a new level of action that fans have wanted.

One of the most famous video game duo’s is back. Rift Apart is both a sequel to Into the Nexus and 2016’s Ratchet and Clank. This game finds you battling Dr. Nefarious and the very essence of time as Ratchet and Clank get separated due to the Dimensionator exploding.

Rift Apart was met with critical acclaim, with many publications and websites rating it with scores of 90% and above. The formula for Ratchet and Clank has always been brilliant, and this title just builds on it.

Agent 47 is back in the eighth installment of this hit franchise. Hitman 3 concludes the story that was started back during the first Hitman game in 2016, where Agent 47 and his allies track down and kill the members of Providence.

The stealth game features six new locations that Agent 47 can travel through; these include Dubai, Dartmoor, Berlin, Chongqing, Mendoza, and an epilogue set in the mountains of Romania. Hitman 3 received ratings in the high 80’s and low 90’s, with many saying it is one of the best Hitman games in the franchise.

One of the most beloved series in the Pokemon world, New Pokemon Snap was released earlier this year. As the player, you travel through the Lental region, researching and photographing Pokemon using an on-rail hovercraft.

The game features over 200 Pokemon for you to discover and snap. While Snap doesn’t have the same action as the flagship Pokemon games, it is a unique way to interact with the pocket monsters and adds a fresh twist to the world.

Far Cry 6 is set to be released in only a couple of days. As the player, you find yourself on the fictional Caribbean Island of Yara, ruled by Anton Castillo or El Presidente. Castillo is raising his young son to be a more ruthless dictator and leader of the region.

Your job as a guerilla fighter is to destroy what Castillo has built and overthrow him as the leader of Yara. Like previous Far Cry games, 6 features an extensive map, side quests, a new allow hiring system, and many weapons and vehicles to pick from.

Battle Royales have exploded in popularity since the likes of Fortnite and Warzone took off. However, Rider’s Republic is here to put a racing spin on the genre. You can play as a mountain biker, snowboarder, skier, wingsuit flyer, or rocket wingsuit flyer.

You compete against 50 other racers in battle royale style format, with the first one at the bottom being the winner. You can also compete in 6v6 trick battles, with the team earning the most points winning.

The next installment in the Call of Duty franchise takes us back to World War 2. While there has been a WW2-based Call of Duty before, this one uses the impressive Modern Warfare engine, giving you smooth and flawless gameplay without sacrificing speed and action.

The game will feature maps of famous areas such as the Pacific, Africa, and the Eastern and Western Fronts. Zombies will make a return, as well as new modes to keep the action coming thick and fast. Not to mention the release of a brand new Warzone map that comes out simultaneously as Vanguard.

After not releasing a game last year, Battlefield will release a title that will either revitalize the franchise or kill it off altogether. Whereas COD is going back in time, Battlefield is heading to, you guessed it, 2042.

The game will feature futuristic weapons, gear, vehicles, and combat that we haven’t seen before in a Battlefield game. By all accounts, we can forget what previous Battlefields were like because 2042 is planning on redefining what a first-person shooter is.

2021 has already been a bumper year for gaming, and with only a few months left, it isn’t done yet. If you haven’t played any of these games yet, do yourself a favor and pick them up, you won’t be disappointed.