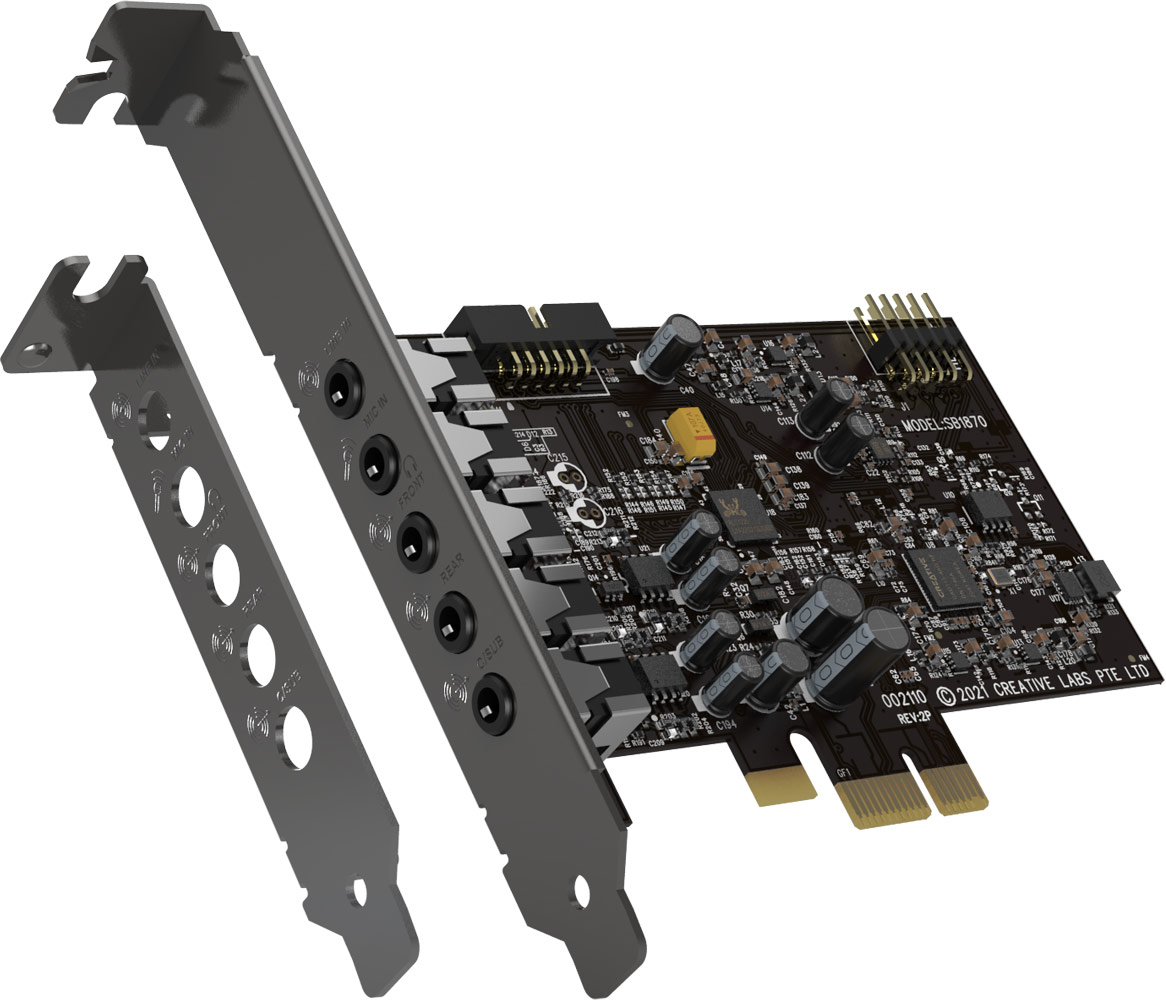 The Sound Blaster FX V2 is powered by the heralded Sound Blaster Acoustic Engine technology that delivers high-quality, 5.1 cinematic surround sound, 24Bit 192khz high-resolution audio. Coupled with its high-fidelity DAC which is capable of up to 120dB dynamic range, this sound card offers pure ear candy for users looking to improve their motherboard audio for movies, gaming and music. Scout Mode, a Sound Blaster staple, enhances in-game audio cues so that users get a ‘ear-start’ in nailing down opponent locations while in battle.

This sound card supports 5.1 discrete channels on speakers, as well as 5.1 virtual surround on headphones (up to 600 Ω). For users who want even more, the Sound Blaster Fx V2 DBPRO daughter board is available as an upgrade option – users get to enjoy full 7.1 surround sound, DSD256 high-quality playback and an optical-out port for even more connectivity.

With a half-height and compact form factor, the Sound Blaster Fx V2 is 16% smaller than the preceding model. It also comes with interchangeable full-height and half-height brackets in the box; making it easier than ever to fit a sound card into a PC.

The Smarter Way to Communicate

The Sound Blaster FX V2 performs beyond a typical sound card; the SmartComms Kit is a suite of smart communication features to help simplify the way users communicate during conference calls and online chats. With features such as VoiceDetect, NoiseClean-in, and NoiseClean-out, users can skip the unnecessary fiddling of microphone controls and ensure constant clarity while talking to others without the disturbance of annoying background noises.