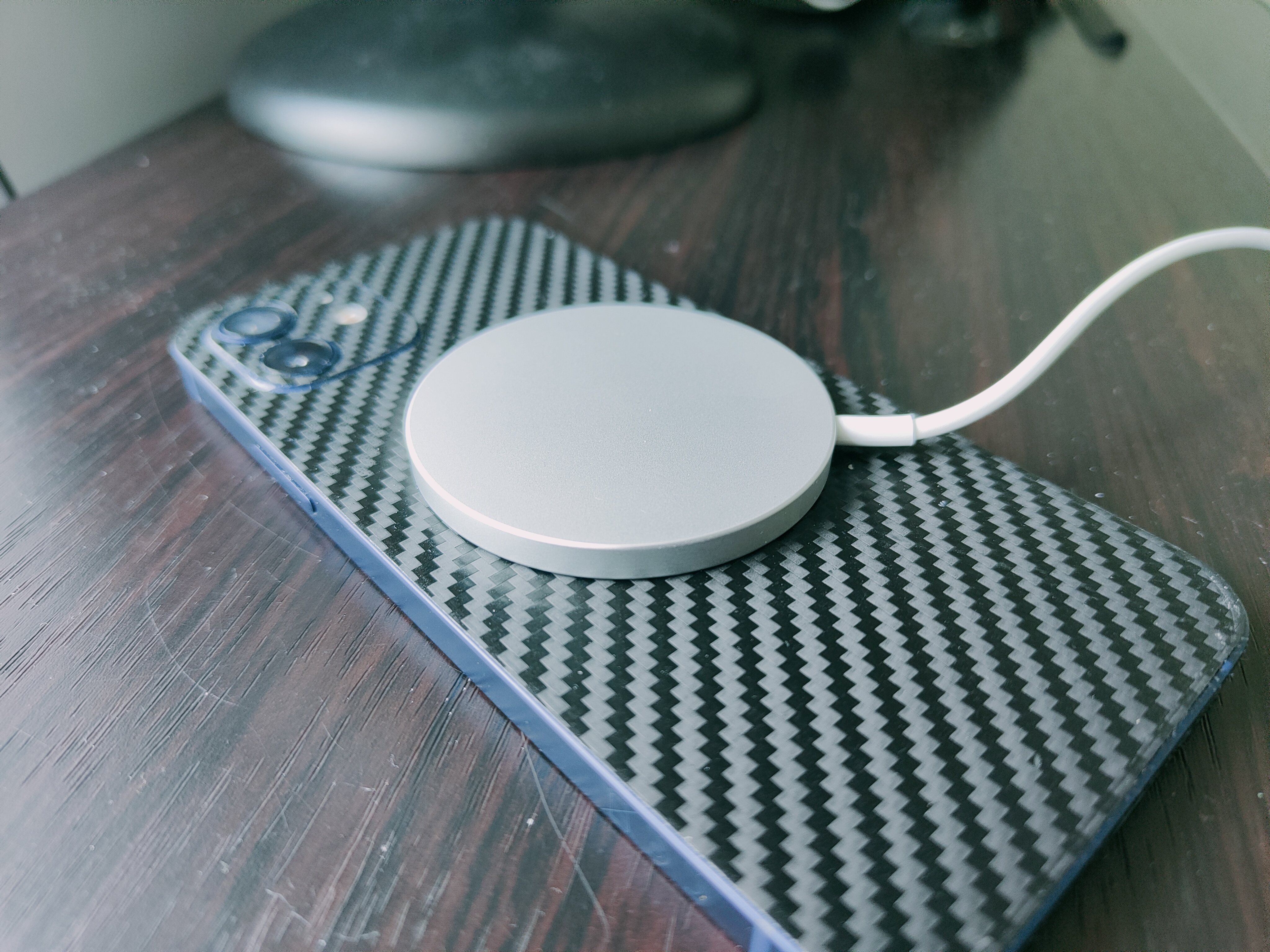 I have adopted wireless charging some time now and Apple here have been slow to bring us products and third party offerings have cashed in while we waited for Apple to drop us something themselves nd even with Magsafe totalled out at 15W it is still piss poor from the company that gives us less each year omitting something from their iPhone box for example and claiming it saves the environment but when you go to buy the missing item from the box should you need it, guess what it ships in yes you guessed it another box..

The design is simple a circular puck shape if you will and well built buy the looks and feel of it so it all aint that bad and the price is arguably fair compared to other wireless chargers out there too. One thing I wonder though is how long will it stay so clean being white after months of use time will tell I guess.

Simplicity here is the key to take away from the product as it just sticks to the back of the device even with a skin on and some case but thicker phone cases can be removed now if you plan on buying one..

15W is the best Apple can offer here which is akin to their plugs on older iPhones which is paltry compared to the competition out there today and a bit scabby in my book plus it does not work charging from pc/laptop and you need a mains plug to actually use the thing so the likes of charge banks and so on are out of the question if you are on the go, another piss poor move here.

It is faster than older chargers and that its it, the product looks nice and there is accessories out there to make us of it and it is only for the likes of people who have such and are not to bothered by slow charging speeds and I do like the ability that it snaps on nice and easy and seems to be fairly strong enough once it is not knocked hard out of place.

There is cheaper alternatives out there and shops that sell it cheaper than Apple which is funny but their build quality is not as good as Apple here but still worth a look and you can save yourself some money if you wish to pick one up..

This product was purchased by techbuzzireland