5 gaming apps which will bring out your competitive side 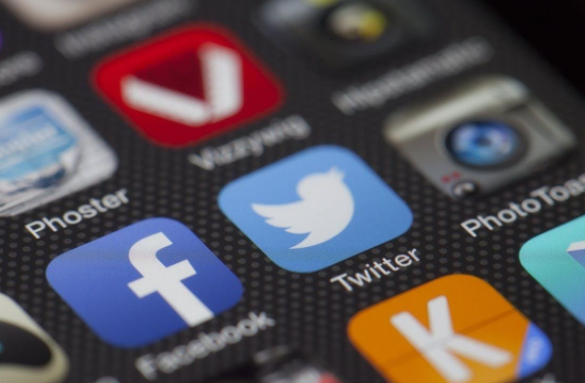 Playing mobile games is a great way to pass the time and stay entertained. The global mobile gaming market is now booming, with the amount of app downloads increasing year on year.

In 2020, there were more than 80 billion mobile game downloads, an increase of 18 percent on the previous year. There was also over $100 billion dollars spent on these games during that time period. Popular titles in 2020 included SpongeBob: Krusty Cook-Off, Pokémon Café Mix and the adventure role playing game, The Seven Deadly Sins: Grand Cross.

As many gamers know, playing some types of games can really bring out your competitive side. Puzzle games can leave you frustrated and determined to solve them, while battle royale and first-person shooters can have you fired up to put a quick end to your opponents.

So, what popular games have been bringing out players’ competitive sides recently? Here are five top favourites:

888’s online poker app is becoming increasingly popular with gamers on mobile, around 60 percent of the platform’s users play the games from their smartphone devices.

A new piece of technology innovation has been brought to the platform recently to enhance player’s online experience even further. The Made to Play feature is a software that has been in development for the last two years and has been optimised for play on both desktop and mobile.

On mobile, players can now easily swipe between poker tables and play multi-table with up to four games at the same time. The new software brings a new look and feel to the platform and you can also play other select casino games in the same vertical set-up.

Another new feature is Gift Drops, with players now in with a chance to win prizes at any time during gameplay. The new Winner Spin can also be played twice a day and are guaranteed to win something on every single spin.

Another great game for competitive types is the Brawl Stars app from Supercell. This game has been constantly evolving since its global launch back in 2018 and now has a variety of game modes, new skins and other exciting features.

Brawl Stars is a 3v3 battle royale style game where competitors can play short matches with friends or via a solo mode in under three minutes. Within the ‘Brawliverse’, there are a range of mysterious locations to explore and battle it out in.

Players can choose from modes such as Gem Grab where you must team up to collect gems, there is also Showdown where the aim is to be the last Brawler standing. For football fans, there is Brawl Ball and for those who really love a challenge the Bounty and Heist modes are well worth a try.

One of the great things about this app is that it is evolving all the time with new maps, skins and special events such as special PvE and PvP game modes.

Makers of the hugely successful mobile game Candy Crush, King, have released a number of related titles including the Candy Crush Friends Saga. In this game you are tasked with solving puzzles to find your friends who have been scattered across the Candy Crush Kingdom.

The more candies you can collect, the more power you gain. When you switch and match them you unlock rewards and even receive cute collectable outfits.

There are hundreds of levels to progress through so once you get started, you will be determined to climb up the ranks. There is plenty of fun to have along the way with animal themed games like free the octopuses and the mammoth as well as sweet treat inspired games where you must dunk the cookies in the chocolate.

Another handy feature in this game is the ability to play both online and offline. When online you can sync your offline history to your devices and access the full version of the game.

If you enjoyed the retro game Snake, you will be a big fan of Snake VS Block. Developed by VOODOO, this game is a skill-based arcade style app with simple yet addictive gameplay.

Players are tasked with breaking the different coloured bricks by guiding a snake into them using the touchscreen. The aim is to break as many bricks as you possibly can and to grow your snakes by adding more balls.

As the game goes on, the task gets much harder and it can be difficult to achieve a high score. You can share your score with your friends and challenge them to beat you.

For puzzle masters, Woodoku is the ideal game to test your abilities and give your brain a workout. Released by Tripledot Studios, this game is a cross between Sudoku and a wooden style block game.

Players must drag shapes onto the board to fill the required row, column, or square. You can win combo or streak points by clearing multiple rows or succeeding on every turn. The game is considered complete when there is no more room left on the board.

There is no time limit to put pressure on you, but it can still be a tense game when you are trying to beat your personal best. Woodoku is also a game that can be played offline, making it ideal for playing on-the-go.