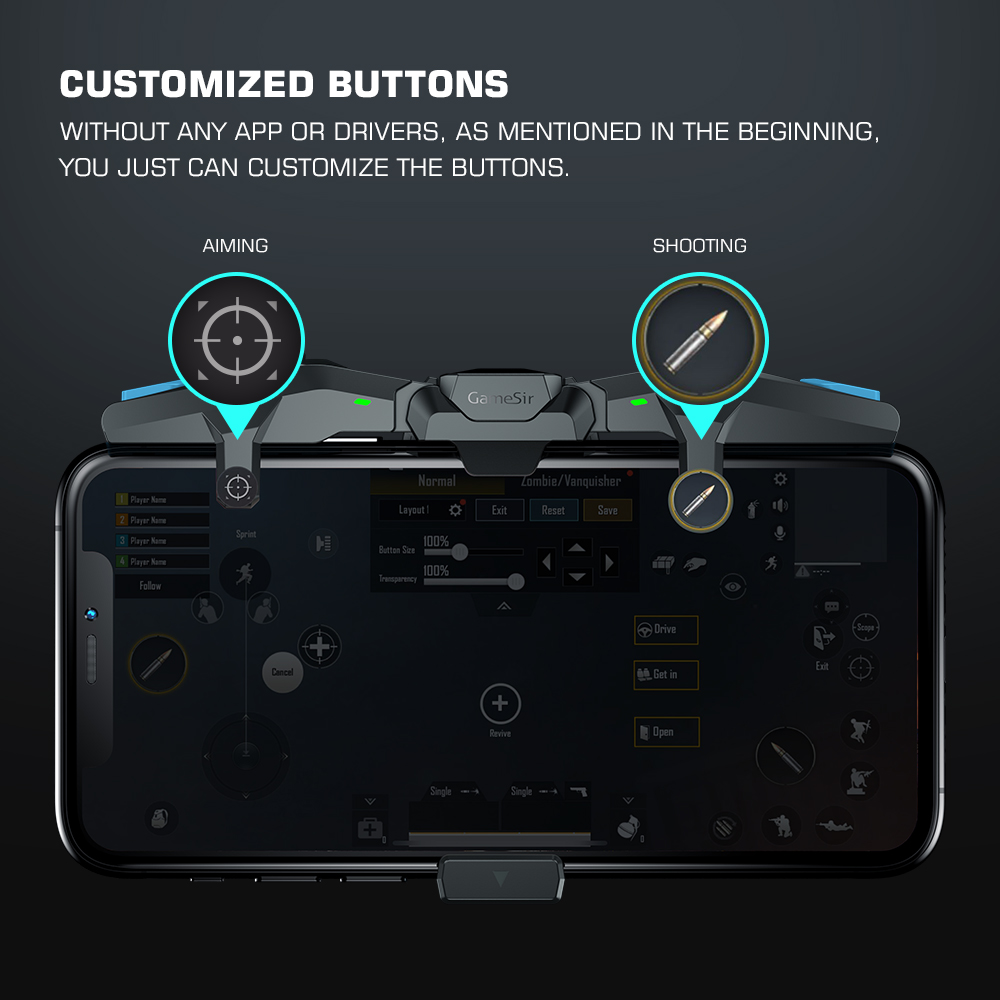 Gamesir, a leading provider in innovative, high quality game peripherals are pleased to announce that the F4 Falcon Mobile Controller is available in the UK.

Gaming on smartphones can sometimes be limiting – touchscreens mean it can be easy to make mistakes, and precision can sometimes be lacking. Additionally, mobile games won’t let you utilize hacks and cheats very easily such as PUBG hacks for PC for example. There are plenty of mobile gaming controllers that enhance gameplay using Bluetooth – the GameSir G6S included, but what if you want a controller where there is no lag or latency because Bluetooth is not used?

The F4 Falcon doesn’t rely on Bluetooth for a connection – instead, thanks to the fact it is a mechanical controller, it directly presses the buttons on your screen which means zero latency and also no possibility of losing connection midway through a game. It taps the screen as fast as you can use your fingers, enhancing your in-game play.

The unique design is minimalistic – the arms fold down to the central column meaning that has a small footprint – perfect for taking with you to game on the move. Despite the small size, it extends out to accommodate most of the smartphones on the market. The design means that the F4 compliments the look of your phone and doesn’t add a lot of bulk. It features a two-button configuration with a pair of triggers on the right and left side which allows for easy play with most mobile games. You have the option of choosing up to 4 different burst modes – default mode (one click, one shot), 3-burst mode, 6-burst mode or 9-burst mode to make sure that you can customise your shots according to the battlefield.

The F4 is compatible with all smartphones and will give up to 30 hours of gaming on a single charge. The buttons have been tested to ensure a lifespan of approximately 5 million clicks so you can continue gaming without the worry of whether the buttons will withstand your skill!

Finally, thanks to the F4’s mechanical set up, you won’t get banned from your favourite game – it uses your physical movements to play your game.

The GameSir F4 is available for RRP £29.99 from Amazon.co.uk. For more information head to https://gamesir.hk/collections/hot-sale/products/gamesir-f4-falcon-mobile-gaming-controller