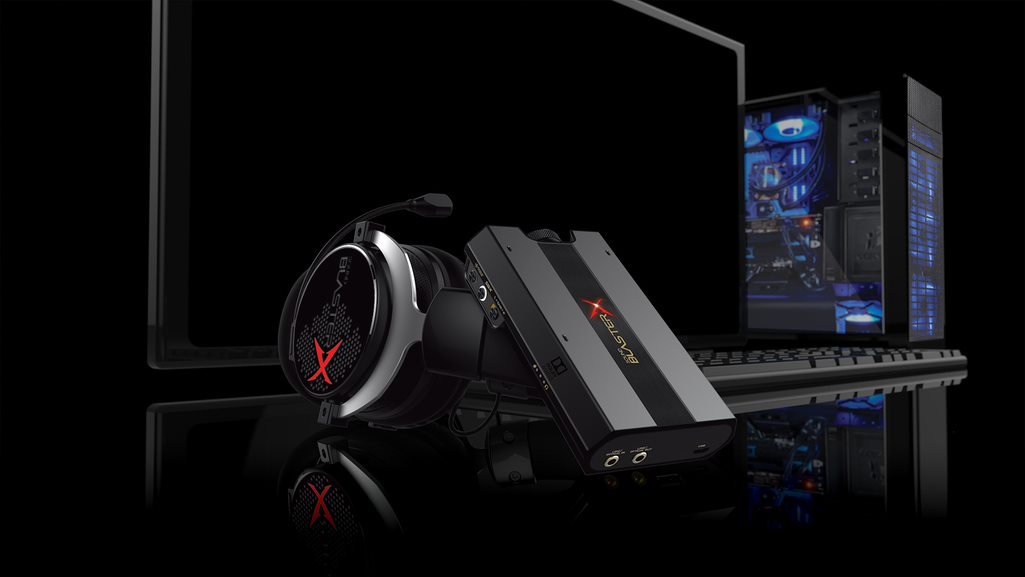 Since its launch back in 2018, the Sound BlasterX G6 has been well-received by tech reviewers, winning prominent awards such as the CES 2019 Innovation Awards Honoree in ‘Gaming’.

Powered by audiophile-grade components (including a 130 dB DNR, 32-bit / 384 kHz DAC) and the award-winning Xamp discrete headphone bi-amplifier, driven by the fabled Sound Blaster surround sound virtualization technology, and packaged in a sleek yet handy form factor, it has established itself as a mainstay on many gamers’ ‘must-have’ accessories lists.

With GameVoice Mix, the Sound BlasterX G6 is a console gamer’s dream.

With game-chat balance being an increasingly popular feature especially for console gamers, the Sound BlasterX G6 has been boosted with GameVoice Mix, elevating the gaming experience at no extra charge. Users can seamlessly adjust both the voice chat volume and gaming audio with a simple turn of the control knob, without having to exit the game – so that they can focus on the gameplay itself.

Pricing and Availability – Sound BlasterX G6 is priced at GBP129.99 and is available at Creative.com. For more information, visit creative.com/G6