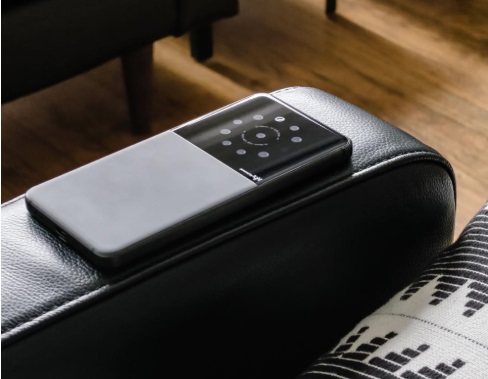 Tech blogs have been abuzz this year over the future of smartphone technology in 2019 and beyond. Between company announcements and leaked prototypes, some of the most common features we’ve seen smartphone manufacturers and tech companies currently developing include foldable display screens, new charging technologies, new security features and multi-lens cameras. While the next generation of smartphones promises multiple advancements, the imaging capabilities showcase some of the hardware and software improvements that will enable these anticipated camera upgrades and other new technologies.

Leaked photos of the Huawei P20 before the phone’s release. Photo from Android Authority.

Cameras have been one of the most rapidly developing features since smartphones became ubiquitous, and that shows no sign of slowing down in 2019. Huawei set the scene this March with the release of the three-lens P20 Pro. Since then, several other manufacturers have released multi-lens cameras, including HTC’s four-lens U12 Plus and LG’s five-lens V40. In July, camera technology company Light announced a prototype for a camera phone with up to nine lenses. The phone, expected to be released later this year, will have the ability to capture up to 64-megapixel images and will feature advanced low-light capabilities.

The prototype is certainly different from the other multi-lens smartphones we’ve seen so far, but the more revolutionary aspect of the phone may be the software that will produce these high-end images. While smartphones with multiple lenses already incorporate computational imaging technology, a Light smartphone may help take this tech to the next level.

The startup company currently sells a 16-lens compact camera called the L16, and has made waves as a pioneer in computational photography. The L16 camera was released in 2017 with the goal of fitting the capabilities and technology of a DSLR camera into one compact device. The device boasts broad, optical zoom range of 28-150mm, and the lens arrangement allows users advanced depth-of-field control.

With the production of the L16, Light aimed to incorporate professional photography capabilities into a lightweight device that would free users from the bulk and additional gear often required by traditional photography. Specifics for the Light phone have not yet been released, but early discussion of product hints that it will adapt these professional-grade features of the L16 for smartphone use.

In addition to the hardware of the revolutionary multi-lens camera, the anticipated Light smartphone will likely incorporate elements of Light’s computational imaging capabilities. The L16  currently captures up to ten images simultaneously. Once photos are taken on the L16, Light’s desktop image editing software, Lumen, uses computational algorithms to combine the multiple images into one.

Lumen works in tandem with the L16 to create and export these photos with up to 52-megapixel resolution. Early coverage of the Light smartphone has promised image quality of up to 64-megapixels, higher than any smartphone currently available, and would likely include some of the most advanced imaging capabilities incorporated into smartphone devices.

Light is partnering with a smartphone manufacturer to release the phone later this year, although as of today, they’ve remained silent about which company. In preparation for their move into the mobile market, Light raised more $100 million from SoftBank and German camera manufacturer Leica earlier this year. In a blog post about the funding, the company promises that the incorporation of Light technology into smartphones will “shatter the expectations of mobile photography”. The product will not only be the next step in bringing high-end camera technology to smartphones, but will also likely put high-powered imaging capabilities into the pockets of many smartphone users.