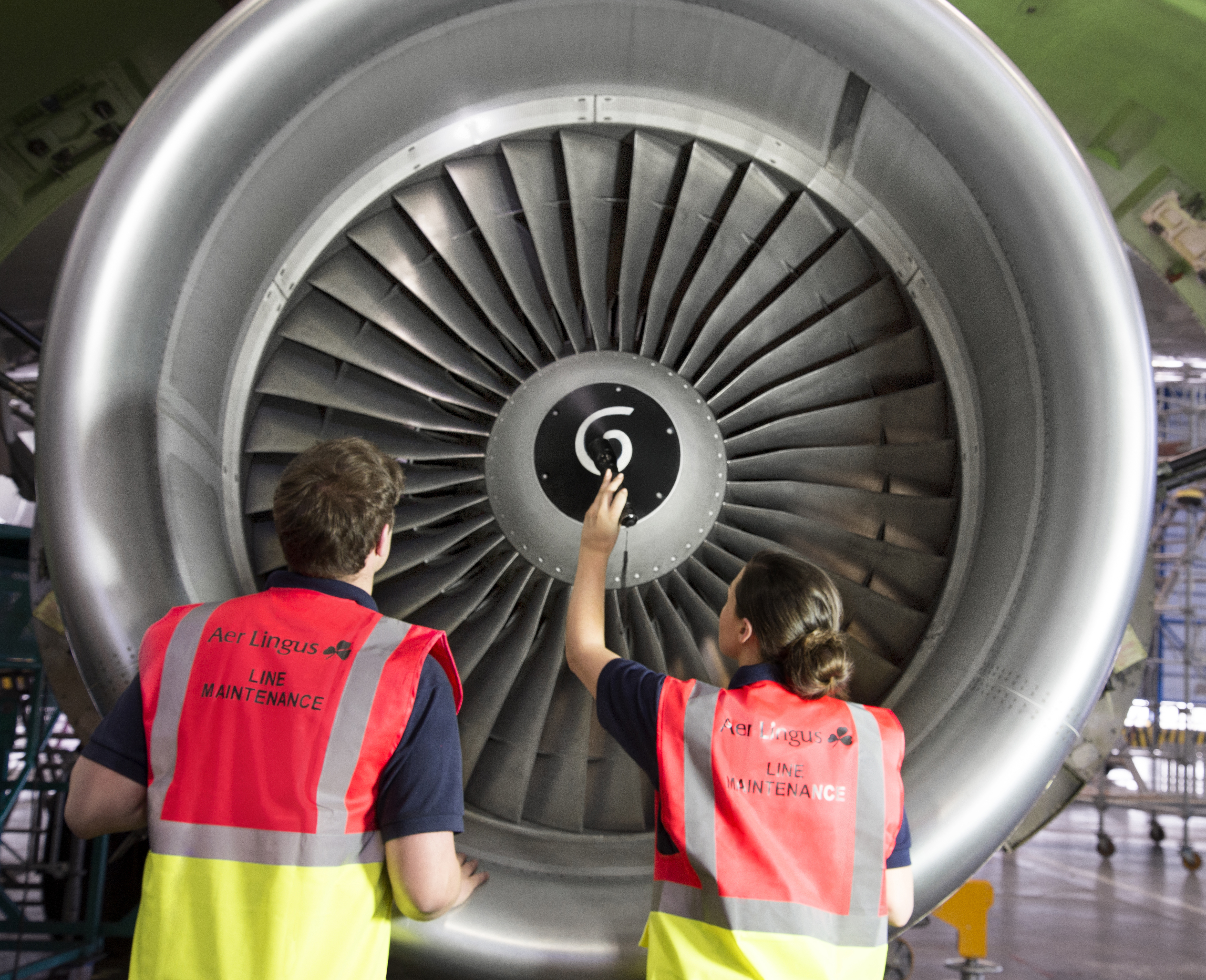 Aer Lingus has today launched its annual Aircraft Maintenance & Engineering Apprentice Scheme. The airline, which has a proud and long history of apprenticeships, is offering 20 placements, double the previous years’ intake, as the airline continues to expand and develop new routes. There is a particular emphasis this year in attracting female applicants; three of the ten successful applicants last year were female.

Since Aer Lingus launched the Aircraft Apprentice Scheme in 2011, it has hired 46 apprentices via the programme. The new apprentice scheme is required by Aer Lingus to meet the demand for increased long and short haul flights, as well as increase in passenger numbers, new aircraft and an increase in new routes such as Philadelphia and Seattle which launched recently.

The Apprenticeship Scheme is a 4 year programme and is run in conjunction with SOLAS, based in Shannon and with DIT in Dublin. The four year training programme consists of 7 phases and through each phase successful applicants will move between class room training in either of the two facilities as well as on the job training at the Aer Lingus Maintenance and Engineering Hangar at Dublin Airport. Apprentices will be working primarily on line maintenance and will be focused on delivery of Aer Lingus’ guest experience.

The Apprentice Scheme comes at a significant time of growth for the company with expansion this year on our transatlantic routes, the introduction of two new A330s in 2017 and further new aircraft due in 2019 and 2020.

The application process will consist of a CV application. Applicants need to be 18 years of age by 1st September 2018 with a minimum level of Junior Certificate however the process is also keen to hear from applicants with leaving certificate or degrees holders. Prospective Aer Lingus apprentices will need to be motivated and enthusiastic, be technically minded, have very good communication skills and work well in teams. Applicants should be dedicated to the programme and to a future career with Aer Lingus as at the end of the scheme the aim is for apprentices to be fully qualified aircraft engineers and continue to work at Aer Lingus.

The application process for the 2018 programme is now underway at http://careers.aerlingus.com. The closing date for applications is Wednesday 6th June, 2018.

6 Tips to Land a Job in the Tech Industry