New CES product launches to watch out for at #CES2018 #Tech 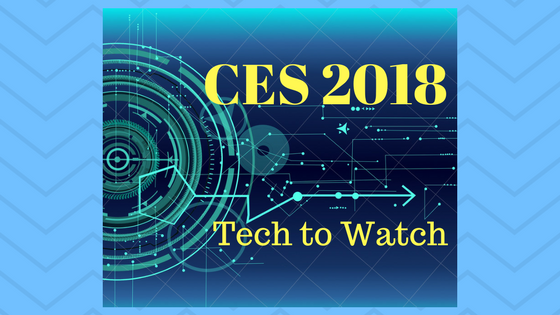 CES2018 is a huge tech event happening next week from the 9th -12th Jan, We have seen quite alot of it already but there is some really cool things to watch out for and we also have some of this tech coming in for review this week and next..

Find out more by attending the conference on 12th January in LVCC S228 at 11am – 12pm or by visiting Sands Hall A-D, booth 40118. More information available here

From heating to lighting, music to sensors, nCube gives complete control over the right ambience, security, energy and safety in the home through the modular hub and app. The 4 layers of stylish blue boxes will make any home smarter than ever before by bringing home automation to everyone’s fingertips. Start with the base layer where all the essentials can be found for building a smart home; then upgrade the home to the next level with the optional security, storage and voice layers

The nCube Security module provides mobile network back-up and battery back-up for approximately 12 hours.  This means the whole nCube platform continues to function in the event of either or both a power failure and internet connection failure and is therefore more advanced than many other DIY smart home solutions from a security perspective.

The storage layer provides 1Tb SSD storage for home security camera footage recording for consumers that are wary of cloud storage.  Optionally, the user may opt-in on an ad hoc basis to cloud storage accessing recordings when a security incident has occurred.

The voice layer provides voice control such as the existing Alexa integration. With all modules being optional, the consumer can choose exactly what they want from their smart home hub instead of being forced into accepting voice for example.

The development of local storage, battery and internet back-up and the continued ability for the nCube hub to run entirely local (no logic runs on the nCube cloud) demonstrates nCube’s continued commitment and leadership in privacy and security in the smart home industry.

In addition, nCube is launching a range of branded smart home devices in recognition that consumers expect smart home providers to provide packages of pre-connected devices as well as supporting as many other brand products as possible.  The new range of nCube products include a Colour-changing LED bulb, SmartPlug, Door/Window Sensor, Motion Sensor, Water sensor, Light Switch range and nCube multi-socket PowerBar.  All products will be available for UK, EU and North American markets.

Created by London based, Studio 19 and winner of the Stereonet “BEST INNOVATION AWARD 2017” at the International Hi-Fi Show Australia, the Solo E600 and E500 speakers are one of the world’s first “enhanced degree” patented 3D effect portable Hi Fi speakers using its patented DPAC technology.

The Solo series produce a precise acoustic sound that is designed to pamper the ears with an enhanced 360-degree 3D sound engine which is combined with the DPAC (Dual Pressure Air Compression) technology creating a super bass system. This breakthrough patented Dual Pressure Air Compression Technology – “DPAC”,  innovative driver configuration, combined with air pressure, delivers a full-range sound with deep low bass and astonishing clarity of sound in an ultra-compact size. With the help of DSP Enabled, this additional digital processing power, it is possible to implement supplementary audio processing features that provide a means of modifying the sound of the music being listened to, resulting in an amazing, more dynamic sound.

Powered by an 8,800 mAh built in battery, the Solo range is 100% portable with NO COMPROMISE in sound performance with a max output up to 200 watt. With an array of sounds that spread in wide directional waves and circulate within the room, users can and immerse themselves within this powerful, spherical and precise, clear, quality of sound wherever the speaker is positioned in the room. Unlike conventional 360-degree sound, the Solo ranges enhanced 360 degree optimised sound flow’s not only left to right but top to bottom and the multi and omnidirectional sound gives the impression of being in a in a multi speaker environment.

With a professional Graphic Equalizer built in, music can be tuned even further to add more bass, mid-range or treble to music. A digital sound enhancement not normally found in portable speakers.

Open suite at the Flamingo hotel, next to the Venetian and opposite Caesars Tuesday 9th Jan from 8am – 12pm

Available for pre-order for $799.99 / £799.99 / €849.99, the S-Series Home Cinema system will be the most advanced wireless speaker system for home entertainment to date while staying affordable for consumers.

The S-Series is the first wireless modular home cinema speaker system to support Dolby Atmos, enabling sound to be precisely placed and moved anywhere in a three-dimensional space, including overhead. This brings entertainment alive all around you, delivering moving audio with greater clarity and depth.

With the S-Series powered by Damson’s wireless network, JetStreamNet, users are able to seamlessly connect and expand sound throughout their homes. JetStreamNet has the capability to connect up to eight speakers. This means users can place the wireless speakers in a variety of arrangements, or in individual groups, to stream sound throughout different rooms. Each speaker has a range of up to 50 metres (approximately 150 feet), which goes far beyond the power of any ordinary wireless speaker system in the market.

Audeara: The world’s first full fidelity headphones with in built hearing test. Designed by doctors and engineers to give an audio experience like never before.

The Doctors behind Audeara are available for interviews during CES

Audeara are the world’s first full fidelity headphones with an in built hearing test to protect user’s ears, delivering a supreme, catered sound like no other headphone.

Everyone has a degree of hearing loss. Not just as a result of every loud gig they’ve been to, every busy street they’ve walked down, or every police siren that’s ever gone past but also damage can be sustained purely by listening to their headphones too loud. More and more young people have some loss of hearing, an increasing number with the same hearing health aged 30 that people would usually associate with a 60 year old.

Audeara headphones can be used to test and retest hearing over a lifetime and adapt music to the users’ individual needs. They make music better, not louder, and provide perfect sound, always. The first time the headphones are worn, the user undertakes a hearing test – the results of which, are subsequently stored in the headphones themselves. The headphones use this hearing profile to adjust the sound signal as it passes through them. They adjust the right ear differently from the left, making sure each part of the signal reaches the user’s brain in a way that’s heard as a perfect reflection of the intended signal.

What makes the Audeara headphones especially powerful is that all the technology is inside the headphones themselves. After the first test, the app isn’t required again unless the user wants to retest. This means headphones are no longer passive magnets for signal conversion, instead, they’re sophisticated tools for personalised sound reproduction.

Only 26% of workers felt psychologically safe during the pandemic. #Workhuman #Covid19Ireland