This new gadget popped up on my Instagram feed and looks interesting and I am sure many folk would find it useful and then some will says its a fad. I for one would like to try it out and see if it can do what it says on the tin and it also looks nice albeit on the large size and very square looking. 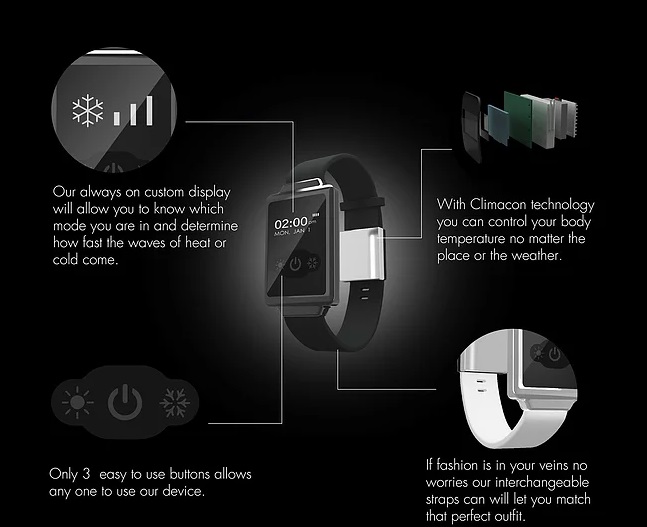 The secret is in the straps, it contains a small device that has within it our ClimaCon technology. This tiny device will fit on the inner wrist in an area where the nerves are closer to the skin surface so as to allow for maximum transfer of temperature. The watch can be used during any temperature, any season or any time zone.

Right now you can only sign up for information and there is not much else to go by and this reminds of the dumbest product I seen this year which was SIEMPO PHONE yet they went ahead and built it and failed terrifically so perhaps this is also just a test to see what traction it gains over the coming weeks too. What do you think? I like the idea and it could be a super product everyone wants but then again it could be a total fail, It is something different if quirky.