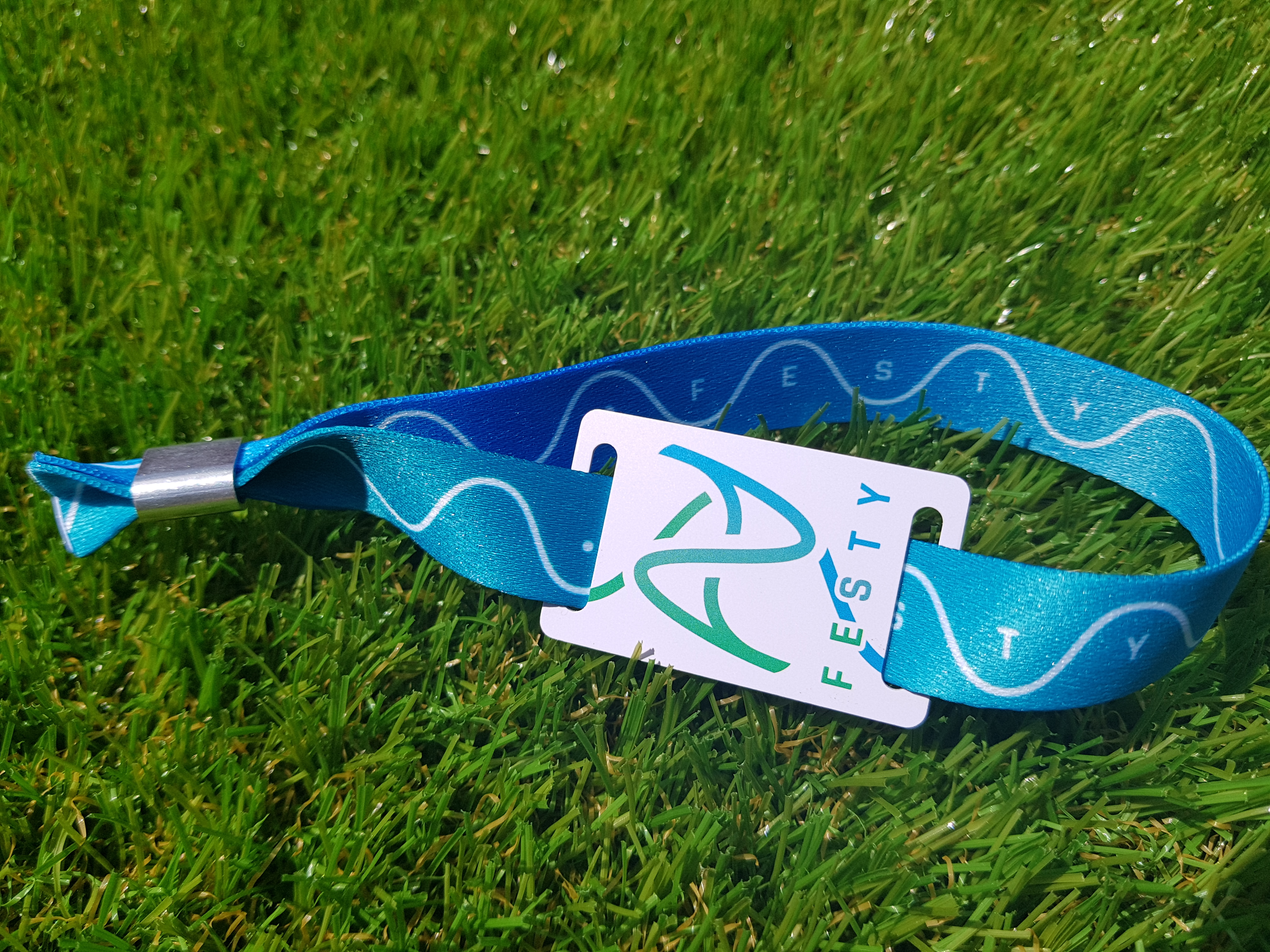 Until now, there has never been a successful, wearable device that lets people use a digital currency to pay for anything at a merchant’s Point of Sale. Today, Irish tech company Bitcart are launching a prototype wristband, called Festy, that allows people to pay for drinks and food at bars, restaurants and social events, like festivals, using their Dash holdings. Powered by a QR code/NFC integration, Festy is being physically unveiled tomorrow at Opera Incubator in Cork, Ireland.

It is the first wearable payment method of it’s kind that uses blockchain technology to make payments without a wallet, phone, or credit card. Because Dash boasts InstantSend technology, transactions are settled in seconds, and the fees for the merchant are much lower than any credit or card.

Creators of Bitcart, an Irish-based discount gift card platform, have today announced the launch of a landmark product called Festy, a QR code and NFC integrated wristband that allows festival and bar goers to pay for food and drinks using Dash, all without a wallet, a cell phone, or credit card. Festy is linked directly to a consumer’s Dash account, so funds are not stored on the Festy platform and transactions for goods occur within seconds, while the merchants have the ability to cash out their Dash for the equivalent fiat currency. Dash is the world’s leading digital currency for payments and currently the 6th most valued cryptocurrency at over $1.3 billion USD. Dash’s InstantSend technology allows the digital currency to make instant payments. In the next update, Dash will be able to process half a million transactions with extremely low fees, roughly ten cents per transaction. With no card numbers or private keys displayed while making purchases, Festy ensures maximum privacy, and users can top-up their wristbands at branded ATMs, or make simple transfers online.

“Our partnership with Dash makes the perfect payment solution for everyday transactions. Unlike existing traditional bank payments that take a 2-5% fee, there is no cost on receiving Dash for merchants. Merchants accepting payments will never have a chargeback, and there are potentially enormous savings to be made compared to the crippling fees from existing payment solutions. We believe this is the payment processor of the future.”

Festivals are currently suffering from an extensive cash flow issue. Standard ATMs typically charge a high rate of $3-5 per withdrawal at festivals or abroad, and the middlemen supplying the machine require high compensation. On top of that, users can wait in line for up to two hours just to withdrawal their money at large festivals. These events also see a great amount of loss and theft, lacking a secure place to keep your wallet, further proving that cash is an insufficient means of transaction. Festy ensures that your money stays firmly clasped to you, helps create steady cash flows between the merchant and the consumer, and maintains a positive festival reputation.

“Festy’s multi-functional wristband is compatible with every Point-of-Sale system where Visa contactless is accepted, as well as on any mobile phone or computer with NFC tags and offline payments using QR codes. This versatility is adaptable to any environment including fields, beaches, camping sites as well as bars, restaurants and conferences. Festy is an affordable, scalable, and secure payment solution, particularly for millennials and Gen Z who don’t want to carry or worry about their wallet, handbag, cash or backpack at every moment during their social calendar,” Bitcart CEO Graham de Barra said.

The Festy prototype will be unveiled tomorrow at the high tech Opera incubator in Cork, Ireland. Each attendee will receive a pre-filled wristband and invitation. The wearable will allow everyone to buy food and drinks with a single scan of their wristband. Guests will also be able to tip the musician through Festy. When the prototype is ready for a full public rollout (at the end of Q3), it will be available to purchase on www.festypay.com.

For a list of festivals where Festy will be available in a prototype, please see the following link: http://entertainment.ie/festivals/