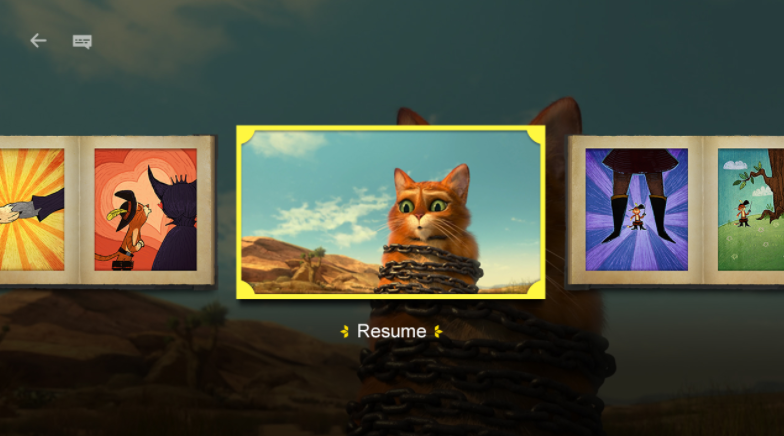 You sink into the sofa and fire up Netflix. You settle in to watch everyone’s favourite swashbuckling feline Puss in Boots. You chuckle as Puss in Boots finds himself in the story of Goldilocks with the Three Bears staring at him.  And then… you’re asked to make a choice:  Should these bears be friends of foes?

Puss in Book: Trapped in an Epic Tale launches globally today, Buddy Thunderstruck: The Maybe Pile is coming soon on 14 July, and our third branching narrative Stretch Armstrong: The Breakout is in the works, coming to Netflix next year. At launch, these titles will be available on most TV experiences as well as iOS devices.

Content creators have a desire to tell non-linear stories like these, and Netflix provides the freedom to roam, try new things and do their best work. Being an internet-based company enables us to innovate new formats, deliver at scale to millions of members all over the world on multiple device types and, most importantly, learn from it.

Recently, we’ve been spending a lot of time with these two beloved and adventurous characters, Puss in Boots and Buddy Thunderstruck. We’ve also spent a lot of time with their equally intrepid creators: DreamWorks Animation Television, American Greetings Entertainment and Stoopid Buddy Stoodios. While the mantra of our collaborations has been “Wouldn’t it be cool if…?”, the objective has been to bring something completely new to Netflix that pushes the boundaries of storytelling and the way you engage with it.

We’ve done extensive research and talked to lots of kids and parents, collecting qualitative data to better understand if this is something viewers will like. While we’ve gotten positive feedback (for example, parents like the fact their child has the ability to make decisions and take a seat in the director’s chair, if you will), we’re eager to learn how our members will engage with the experience. Which choices or storylines will be the most popular? Will the mean bears or the friendly bears be more popular? Are members more compelled to re-watch and uncover all of the different storylines?

The children’s programming space was a natural place for us to start since kids are eager to “play” with their favourite characters and already inclined to tap, touch and swipe at screens. They also talk to their screens, as though the characters can hear them. Now, that conversation can be two-way. It’s really about finding the right stories – and storytellers – that can tell these complex narratives and bring them to life in a compelling way.