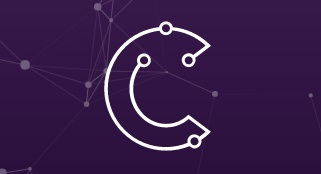 “We created the Connector Universe Infographic to give businesses, journalists and influencers some insight into what their audiences look like and where they live online. We hope it helps them brainstorm new, exciting and innovative ways to communicate and connect with Irish tech influencers and PC gamers.

“This morning we’ve gifted a printed map of the Connector Universe Infographic to over two hundred businesses and organisations. For anyone who would like to get their hands on one, we would love to hear from them at connector.ie”

The infographic gives interesting stats collated about each community, such as:

To mark the launch of the infographic, Connector worked in partnership with a near-space photography specialist in Shrewsbury, Wales. They sent it in a rocket attached to a weather balloon on a near-space adventure, reaching an altitude of thirty kilometres.

“We decided to celebrate the diverse audiences and influencers who make up Connector Universe by sending them on a space adventure. We launched the infographic in its own personalised rocket, up to the Earth’s atmosphere, to go where no infographic has gone before!” continued Conor Lynch.

The weather balloon was carrying a payload of the infographic in a paper rocket, one Raspberry Pi computer for logging altitude, temperature and GPS position, two cameras, GPS trackers and parachutes to ensure safe landing.

The infographic’s amazing space flight adventure can be seen here

Anyone who would like a hard copy of the Connector Universe Infographic should get in touch at connector.ie